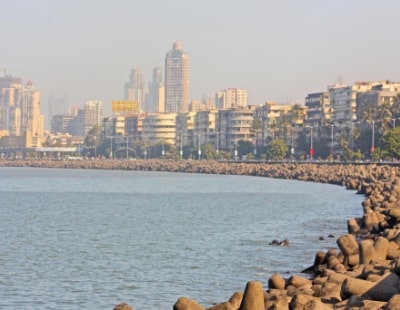 Since lockdown, we have witnessed an increased focus on overseas properties, with many UK buyers using the extra time at their disposal to strategise, plan ahead and work out which markets offer the best returns.

Some will be experienced investors, looking to grow their portfolios abroad, while others might be buying – or looking to buy – a second home for the first time.

Shafaq Sobani-Malik – marketing executive at XChange, a London-based property trading company which works closely with estate agents to bring them properties suitable for their buyer clients – believes that the sub-continent could be one area in which British investors should consider investing in.

“With the real estate market in the UK finally gaining some traction as move-ins have now been allowed, the market has seen a growth in listings as well as a surge in enquiries,” Sobani-Malik explained.

“This has also impacted interest in overseas property. Recent research conducted by Rightmove shows that searches for properties abroad in May reached their highest point in the year and were up 33% compared to May 2019.”

He went on: “With people being confined to their homes, they have had more time to surf for suitable real estate investments. With many looking towards Southern Europe, there is another group of individuals that are often overlooked. With 1.4 million Indians residing in the UK, they form the largest ethnic minority in the country. Also referred to as non-resident Indians (or NRIs), they have also been eyeing properties in India.”

With real estate proving to be an attractive asset class with generally healthier returns as well as improved affordability, many are looking to purchase homes in their hometowns. NRI investments in India are set to hit an all-time high of $13.1 billion in the 2021 financial year, according to Financial Express. With approximately 10% of the NRI population-based in the UK, these are all potential buyers.

Given the increased demand for properties overseas and the large portion of NRIs living in the UK, XChange saw this as an opportunity to create a supply for local agents to be able to meet this demand. By focusing on its existing international channels, XChange says it has been helping that happen.

Agents tied-up with XChange get access to thousands of live and on-demand properties across unit sales and block purchases throughout London, Manchester, Beijing, Seoul, Singapore and now major cities in India.

With an already prominent international tenant base, XChange has recently partnered with real estate consultant Anarock, based in India. This partnership has brought 50-plus luxury real estate projects in major cities in India to its platform, with the roster including some of the most premium and well-researched properties in Delhi, Bangalore and Mumbai.

By getting direct access to pre-screened, high-yield projects in India, estate agents can now think beyond their postcodes and help their UK buyer clients buy in India with the click of a few buttons, Sobani-Malik adds. “On XChange, agents can now not only operate locally but also internationally.”

Saurabh Saxena, XChange founder and also the founder of online revenue enhancement platform Houzen, commented: “Several industry people we meet claim that real estate is a local business. However, in London, 36% of the population is foreign-born. Further, there are several second and third-generation Asians and Europeans living here who might want to purchase high yield properties in international markets.”

“We built XChange in order to create a globally connected real estate market where we imagine that buyers would be able to buy properties anywhere in the world at the click of a button, the same way they book flights or hotels.”

The average value of a property in 150 cities worldwide increased...

Property news – issues with regeneration and a multi-million Indian development ...

In this news roundup, Property Investor Today explores how the government’s...