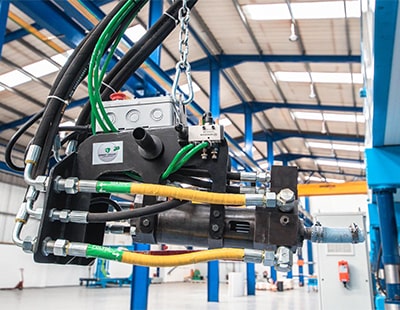 Two of the biggest emerging trends pre-pandemic, from a housebuilding and investment perspective, were the rise of modern methods of construction (including modular housing) and self-build homes.

Here, we explore whether that could continue to be the case in the 'new normal'.

Last year, the two firms formed a partnership under the ‘E-Tribus’ banner, but Project Etopia has now bought the company, including its manufacturing facility in Devon.

These can be fitted with Project Etopia’s smart home technology — including lighting and ventilation — as well as Etopia’s Energy+ configuration, which generates and stores electricity.

Located just outside Tiverton in Devon, the Tribus manufacturing facility is capable of producing 200 homes a year. Etopia plans to use this factory to showcase the kind of micro manufacturing facility that can be set up around the country to support councils in their house-building ambitions using off-site technology.

These factories, set to be smaller than Etopia’s 2,000-a-year capacity unit in Ellesmere Port, can be set up in six to nine months.

In recent years, self-builds have become more popular as house prices have continued to soar and people have struggled to find the homes they want in the right areas.

Lee McArdle, who co-founded Tribus Homes, will remain its managing director, and a rebranding process will begin this year.

Joseph Daniels, chief executive of Project Etopia, said: “We are delighted to formally bring Tribus Homes under the Etopia banner. This acquisition means we can use Tribus Homes’ manufacturing facility in Devon to produce up to 200 new homes a year in the South West without needing to transport goods around the country, making developments much more sustainable.”

He added: “The factory is a prime example of how a number of satellite, small-scale facilities can be positioned around the country to create local jobs and deliver homes. Tribus will continue to provide people with their dream self-build homes, all of which will feature the smart home and energy technology incorporated in all Etopia projects.”

Last year, Project Etopia received a cash injection from well-known property tycoons the Rueben Brothers, to the tune of £19 million. Daniels, who is only 28 years old, started the business in 2015 at the age of just 23 and recently featured in Forbes’ 30 under 30 list for Manufacturing & Industry 2020.

Project Etopia also took part in our feature asking whether modular homes are the solution to the worldwide housing crisis.

The commentary is reproduced in full below.

“The construction sector is fundamentally important to the UK economy. Often cited as the barometer of economic conditions, it contributes around £90 billion and provides approximately 10% of total UK employment.

In recent months, the sector has found itself subject to a somewhat surprising level of media scrutiny. Initially, there was a focus on the construction of new hospitals, vaccine centres and other structures dedicated to fighting the spread of the Covid-19 pandemic. It was then questioned whether construction sites could operate in compliance with the social distancing regulations, with different views taken in England and Scotland providing political debate.

Now the concern is how we can future-proof our infrastructure to allow people to return to work. It therefore seems like an appropriate time to consider the future of the sector and in particular the role of "Modern Methods of Construction" (MMCs) following the pandemic.

The recent completion of several Nightingale hospitals across the UK has shown how off-site modular construction can produce remarkable outcomes. Images on social media went viral as we watched the extraordinary conversion of the ExCel Exhibition Centre in London to a 4,000-bed hospital spanning 20 acres in just nine days, assisted greatly by the mass manufacture of component systems in a factory off-site which were assembled on-site to create uniform patient bays as quickly as possible.

It would be naive to declare that the Covid-19 pandemic will in itself change the construction sector forever, but it has given a glimpse of what it possible when financial barriers are removed and new technologies are allowed to flourish.

With construction sites across the UK interrupted by temporary closures and re-opening subject to on-site social distancing regulations, it is inevitable that clients will consider new approaches in an attempt to mitigate those delays and the impact of any future interruptions.

This could mean the acceleration and widespread adoption of MMCs in a number of other sectors, and that investment could supercharge the modernisation of the housebuilding sector. One possible early example of this has been on Wigan Pierside, where eight eco-friendly homes were recently installed within three days of leaving the off-site factory where they were constructed.

You might ask how else could MMCs change working practices? One positive economic side-effect of the Covid-19 pandemic has been a decrease in the amount of greenhouse gases and other pollutants that have been created due to reduced levels of industrial activity.

The level of press attention this has garnered could mean an increased focus on companies to reduce their carbon footprints. Modular construction provides both an easy solution to reduce the levels of on-site pollution and material waste and also a better controlled environment in which social distancing can be monitored.

Critics may argue this is offset by the additional transport required to move modular units from their off-site factories to the construction site itself, but MMC does not always have to mean the production of volumetric units. Slick manufacturing processes could provide panels which are later assembled on-site, much like when I first saw a Huf Haus turn up on two lorries in my favourite episode of Grand Designs…

The use of modular construction also allows for much greater uniformity (and therefore quality) in the final product of a construction project which is of particular importance in housing projects where tens or hundreds of houses need to be built with a large degree of similarity.

As panels only fit together one way, the temptations on-site for construction workers to quickly complete the last few houses on a project before a deadline or the arrival of a weekend no longer exist, meaning that the purchasers or tenants of the property benefit from a more consistently high quality of product.

However, project managers should also be aware that this uniformity could work against them if an error is made at the off-site factory itself, as any mistakes here would then be replicated across all parts of a modular batch.

The current situation with Covid-19 is unprecedented and is providing significant challenges for a number of sectors, but with key developments in the construction and housebuilding sectors, these challenges can be met with something positive.