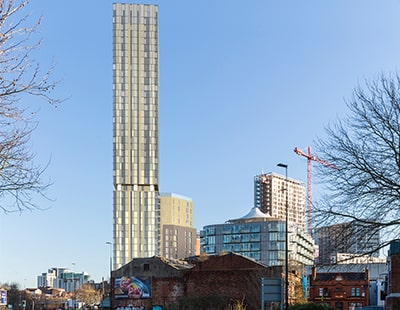 When putting together our recent three-part series on the Build to Rent sector, which concluded last Friday with a look at the sector’s major property managers, we had Atlas Residential UK in mind as one relatively serious player to feature.

We’ve covered a number of stories featuring Atlas Residential UK’s BTR activities in recent years and it is a name that is often mentioned in relation with this emerging sector.

However, when we went to research the latest state of play with the company, we found that the Atlas Residential UK website was down. Instead, you’re taken to a GoDaddy holding page, where at the top a notice reads: “This domain name expired on 5/19/2020 and is pending renewal or deletion.” That’s now over a month ago, which suggests more than just a temporary issue with a website being down or compromised.

When you type in Atlas Residential UK on Google, the top result you get is the Atlas Residential US website – the parent company of the UK vehicle. On the website itself, there is a link telling users to visit Atlas UK, but when you click on this you end up at the same GoDaddy page. The same result happens when you click on the links on the company’s Twitter and LinkedIn pages.

On the company’s Twitter page, which describes Atlas Residential UK as a ‘leading Build to Rent operator with three sites under construction amounting to over 850 units’, there has been no activity since September 11 2019. And, between April 2019 and September 2019, there was only one post – a retweet of an Estates Gazette article outlining Atlas’s £300 million UK BTR drive.

On Facebook, meanwhile, there has been no activity since February 2017.

We also called the number provided for Atlas UK, where someone did pick up fairly immediately. When asked about the current standing of the UK operations, she said she would get in touch with Kelvin Sutherland – Atlas UK’s managing director – and he would correspond via phone or email. As of yet, Property Investor Today has received no response.

What do we know about Atlas Residential UK?

Atlas Residential UK, headquartered in London, is the UK arm of Atlas Residential - a leading US multi-family (Build to Rent) owner operator specialising in the development and operation of rental apartments since 1992. Operating out of Chicago and Dallas (according to its website, it also has a separate office in Monte Carlo, Monaco), it has invested $7 billion into the sector in the last nearly three decades.

It says it has also ‘implemented over $450 million of value-creating development refurbishment initiatives on over 350 US multi-family communities’.

In the UK, its social media accounts say the business presently has three sites under construction amounting to over 850 units with a funding commitment totalling over £160 million.

Under the portfolio section of Atlas Residential US’s website, alongside a large number of properties in Texas and Florida, it names its three UK properties as Anaconda Cut in Salford, Bow Square in Southampton and the Green Rooms at MediaCityUK (also in Salford).

The Anaconda Cut development, in particular, generated a lot of publicity when it launched in early 2019 as it was – at that time – going to be Salford’s tallest building (at 44 storeys) and the second tallest BTR development after an UNCLE development in Elephant & Castle (at 45 storeys). 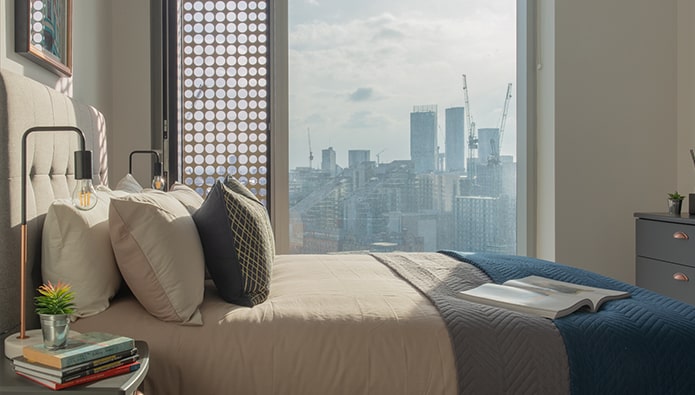 The scheme, now open for more than a year, houses 349 elegant one, two and three-bedroom apartments complete with communal roof terrace and sky lounge boasting panoramic city views. It was funded by Europa Capital, built by Renaker and managed by Atlas Residential UK.

What makes the current lack of activity and website all the more strange is the fact that, as recently as September 2019, Atlas was setting out its stall to make a really big impact in the UK BTR market, looking to challenge the sector’s most established players.

Back then, we revealed how Atlas Residential said it would deploy $1 billion (£900 million) through its affiliate Atlas Residential Holdings (Hong Kong) Limited to establish ‘a first ever global multi-family apartment portfolio’ via its discretionary private opportunity fund.

It said that the targeted portfolio would be made up of several thousand existing Atlas units and newly acquired value-add and development properties throughout the US, UK and mainland China.

The portfolio was set to be allocated as follows: 65% US, 20% China and 15% UK, ‘targeting value-add acquisitions or developments primarily in areas with large populations and strong employment levels’.

In the UK, Kelvin Sutherland – who had in September 2019 only recently been appointed as Atlas UK managing director – was said to be focusing on projects in the Middlesex, Sussex, Kent and Lancashire markets for the portfolio, as well as looking to acquire existing properties.

“From what we are seeing in the market, inexperienced UK multi-family (Build to Rent) operators will need to dispose of underperforming assets as they struggle to cope with market tightening and in some cases sub-market oversupply,” Sutherland said at the time.

Georgie Harper-Wilde, Atlas’ UK regional director, also commented: “The training and support we receive from our US counterparts, who are multi-family experts, is second to none and far exceeds anything else I have seen in Build to Rent in the UK. This translates at the property level where we have achieved unprecedented performance which we are extremely proud of.”

In the press release we received at the time, it said Atlas Residential currently had three sites operating and/or under construction - totalling approximately 1,000 units, with a further 1,500 units in the pipeline.

Even more recently, in December 2019, our sister publication Letting Agent Today revealed that Atlas Residential was partnering with deposit alternative supplier flatfair for its UK activities.

Yasmin Luscombe of Atlas Residential was quoted at the time as saying: “Our mission is to achieve the highest resident satisfaction for all of our projects and partnering with flatfair will accelerate that. As we look to expand our UK portfolio, flatfair will help us to ensure that our tenant offering stays at the cutting edge of the sector.”

Perhaps management of the UK portfolio has been brought in-house, with no need for a UK-based operation anymore? Perhaps the site is just down for long-term maintenance, with all operations continuing as normal? Perhaps Atlas UK Residential has been one of the first property-based casualties of the coronavirus crisis?

We can only speculate for now, but a site being down for well over a month, with the domain expired and seemingly up for sale, would suggest all is not completely well for a company which has up until now had a relatively large stake in the UK BTR market.

Build to Rent has generally been very rewarding to the companies getting involved with the sector, but could the mystery surrounding Atlas Residential UK be a sign that the market is facing its own struggles as a result of Covid-19? Only time will tell.

*Since the publication of this article, Steven Ivankovich - chief executive of Atlas Residential - has been in contact with the following comment. “Our website is currently under maintenance and will be back up and running in July. Nothing has changed and we are very much looking to expand our UK portfolio.” We put a number of questions to Ivankovich, but he said he will comment further in due course.

Separately, we have received correspondence suggesting that Atlas UK is no longer managing the Green Rooms at MediaCityUK or Anaconda Cut (both in Salford), so the mystery continues.

Property and construction industries have the worst online performance ...

The housing market in England and Wales remains on course to...