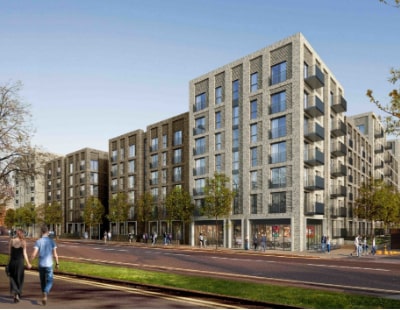 Two brownfield sites overlooking the River Irwell are set to be converted into 500 apartments for sale and private rent after a £105 million development was approved by Salford City Council in the local authority’s first ever virtual planning committee.

During the planning session, councillor Derek Antrobus (Labour) said: “This scheme sits nicely in the vision that we had. We are very pleased with attention given to delivering biodiversity and a net gain. Very importantly, it’s contributing to our ambition to make access to the river even better than it is at the moment."

The planning permission was secured across two adjacent sites by developer Eutopia Homes, which has a £365 million pipeline of mid-market homes for rent and for sale in key regional cities across the UK.

Eutopia Homes’ purchased the sites in two separate transactions in December 2019, with funding from Chenavari Investment Managers. With a combined site area of 2.8 acres, the development is located close to Exchange Quay and is just a short distance east of MediaCityUK, a major hub for UK film and television as well as tech companies.

The 500 homes have been designed by award-winning Darling Architects, which recently opened a Manchester office, and will be spread over two E-shaped blocks, ranging from one to three-bedrooms in size. The rental apartments have been designed specifically for rent, with tenants benefitting from on-site professional management, aiming to remove ‘much of the hassle traditionally associated with renting’.

Eutopia Homes says it is aiming to cater to a broad range of demographics, including young families, recent graduates and professionals working in MediaCityUK and beyond, by providing a mix of mid-priced homes for rent and sale and a range of apartment sizes. 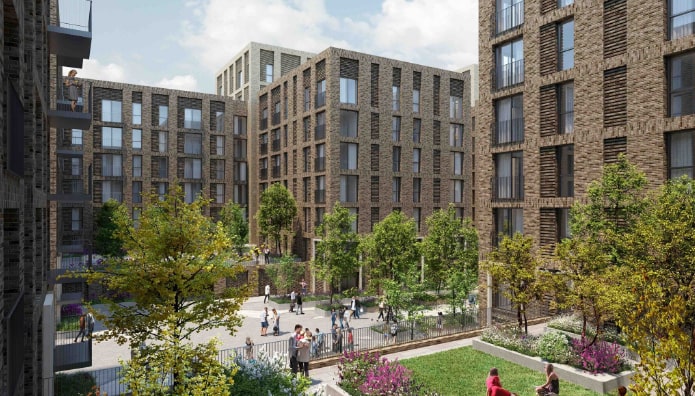 The developer’s Salford project will offer residents access to a mix of indoor and outdoor communal areas, while future residents will also benefit from on-site provision of secure parking, with 142 car spaces, 24 motorcycle spaces and 544 bike spaces provided. These will be be split evenly across the two blocks.

As well as the new housing, the development will provide an £850,000 contribution to an improved bus service to Manchester City Centre, while new green spaces, trees and hard and soft landscaping will all contribute to a net gain in biodiversity. Furthermore, the riverside will be opened up thanks to new eight-metre-wide footways open for public use.

Eutopia Homes says the development will also make a significant contribution to the local economy, as Salford looks to bounce back post-coronavirus. The construction phase alone is set to deliver a £68 million economic boost, creating over 600 jobs. Once the homes are fully occupied, local businesses should be able to tap into an estimated £13 million in added annual household expenditure.

In addition to the Salford scheme, the company recently secured planning permission for a £130 million ‘urban village’ in Exeter, which is set to see 15 acres of brownfield land transformed into 465 new homes, with a mix of affordable, private rented and for-sale housing to be provided alongside extra-care units.

Scott Hammond, founder and chief executive at Eutopia Homes, said: “Coronavirus has caused a huge amount of upheaval and local authorities have been particularly hard hit by the disruption and so we are grateful to Salford City Council for its flexibility and willingness to embrace new ways of working so we could take this development forward. The Council has demonstrated a speed of decision making in difficult times which is testament to the desire to attract inward investment.”

He added: “Our plans will open up the riverside through new pathways and green spaces while also providing much needed housing that can cater to a broad range of demographics thanks to the range in apartment sizes and mix of tenures. These will be high quality homes but still within reach to the local workforce price-wise.”