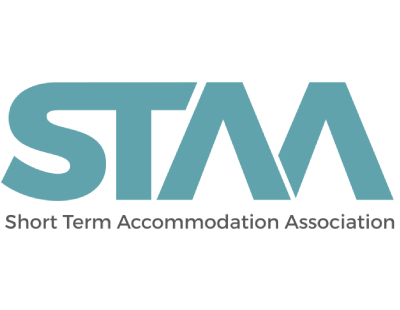 The trade body representing the short-term rental sector has announced 14 new members to its ranks at a time when the growing market has been deeply affected by the coronavirus pandemic.

The UK Short Term Accommodation Association (STAA) reports that Sykes Holiday Cottages, Pass The Keys and Firescape have all signed up as full-time members, joining the likes of major players Airbnb and HomeAway.

Another 11 companies - including Portico, HometoHost, Blueground and Altido - have joined on a free two-month trial period membership. On top of this, Properly, Firescape and Inventory base have joined as affiliate members.

The influx of new members during a testing period for the sector represents a 35% rise, bringing the STAA's corporate and affiliate membership up to 39.

The sector has been badly affected by coronavirus and the subsequent restrictions on movement over large parts of the globe, prohibiting people from travelling and staying in people's properties on a short-term basis.

A report from the STAA in March suggested that 70% of short-term rental bookings were cancelled following the outbreak of coronavirus, rising to as high as 90% for some companies. Meanwhile, one letting agency said it had been approached by hundreds of landlords looking to shift from short-term to long-term letting.

In response, the STAA has launched the NHS Homes scheme, offering key workers free accommodation near the hospitals they work at. It has also waived membership fees from April 1 to May 31 for some existing members and all new members.

"The work [the STAA] has done during these unprecedented times both representing the interests of its members and setting up the NHS Homes scheme, in which we are participating, has been truly impressive," says Graham Donoghue, chief executive of Sykes Holiday Cottages.

"I hope we can add a significant level of support and collaborate fully with the other members to make the STAA a strong and respected voice for our sector of the travel industry."

Paul Jameson, managing director of Firescape, adds: “The STAA has been recognised for some time as being a voluble and credible voice for the short-term rentals sector, so we are delighted to become a member. We hope that we can add value to the debates and work alongside the other members to create a sustainable future."

According to Merilee Kerr, chief executive of UnderTheDoormat and chair of the STAA, the unprecedented circumstances brought on by the spread of Covid-19 have shown that the short-term lets sector is stronger when it works together.

She says the new members will help the STAA to have a more powerful voice on the issues that affect the sector as it emerges from this current crisis and will add further weight to its aim of growing the short-term rental sector in a responsible and sustainable way.

The STAA has also announced the results of its Board appointments following its annual elections. They are as follows:

Preventing holiday home hell – is investing abroad right for you? ...

It emerged a few weeks ago that TV stars Ant &...

Life after corona – what next for Chinese and international investors? ...

The short-term rental sector has bounced back quicker than most accommodation...