A Chinese-led house buying boom is on the way in the UK, according to the CEO of Emerging Communications, a Chinese marketing consultancy.

Domenica Di Lieto says the recent drop in sterling (caused by both Brexit and then Covid-19), and the emergence of China from the virus crisis, has sparked a new high in the level of Chinese interest in buying residential property in Britain.

Chinese social media, for example, has witnessed a huge rise in discussions on the subject of British property - an increasingly hot topic of conversation for the wealthy Chinese middle class.

According to the Hurun Chinese Luxury Consumer Survey 2020, Chinese high-net worth individuals (HNWI) are currently putting 12.5% of their wealth into overseas assets, with London ranked as the most popular investment destination.

Di Lieto says this investor preference and the continuing weakness of sterling is combining with post- Brexit Britain becoming increasingly attractive for holidays, business and study among China’s wealthy. This, in turn, is fuelling the beginnings of a potential property buying boom by Chinese purchasers in the capital.

Chinese residential property acquisitions in the UK are largely dominated by the parents of children studying at UK universities. Research by China’s biggest private education company, Kai Tak, shows that the UK is now the number one choice for Chinese students studying abroad. This, Di Lieto says, is further boosted by the recent ‘extremely popular decision’ of Boris Johnson’s government to extend the post-study overseas student work visa to two years.

Although coronavirus is currently having a major impact on education establishments throughout the country, there are more than 120,00 Chinese students currently studying at UK universities (albeit in a remote fashion at present as the UK’s lockdown measures prevent higher education institutions from opening their doors). The number of Chinese students has also grown by at least 10% in recent years.

But there are other buyer profiles from China that are important, Di Lieto says. Chinese millionaires, for example, are being granted Tier 1 Home Office residency visas in record numbers (Tier 1 visas require proof of £2 million in liquid assets).

The fast-growing proportion of Chinese HNWI becoming expats in the UK will inevitably increase as the popularity of residency in United States becomes less appealing, and harder to achieve, Di Lieto adds.

In the £1 million-plus residential property range, buyers from mainland China have grown from accounting for 3% of UK international sales in 2013 to 13.4% last year, according to sales figures from Knight Frank. In Kensington & Chelsea and Westminster alone, Chinese buyers spent approximately £500 million on residential property last year.

“Has the trade war affected Chinese demand for US real estate? Yes, it has,” she said. “Chinese buyer enquiries on US property were down. Meanwhile, they were up in Canada, the UK, Australia, and Japan, all of which are often considered alternative destinations to the United States.”

The new stamp duty on overseas buyers – a 2% levy announced at the recent Budget by new Chancellor Rishi Sunak, and set to be implemented in April 2021 - will not be a deterrent for Chinese buyers, Di Lieto insists.

“The fall in sterling more than makes up for it, and the UK still compares well with overseas buyer tax rates in competing locations, such as Hong Kong (15%), Canada (between 15 and 20%), and Singapore (20%),” she says. “According to Juwai, many Chinese buyers will wait until they have residency visas before buying, and therefore avoid additional stamp duty.”

Despite these other types of buyers, Di Lieto says it will still be the student sector that will have the biggest short and medium-term impact on residential sales. “America’s trade war with China has significantly increased the number of Chinese students in the UK from 95,000 eighteen months ago to more than 120,000 currently, with numbers expected to continue growing rapidly,” she comments.

“Houses and flats, including luxury properties, are bought for use while children are at university, and also as investments and holiday homes. One purchase created media headlines when a flat for £5 million was bought in Central London for a Chinese student studying at University College.”

With the coronavirus crisis restricting travel and attendance at overseas property promotional events in China, many developers and estate agents have put marketing plans on hold, but Di Lieto says now is actually an important time to push sales, and ‘there are important and effective tactics that can be deployed’. 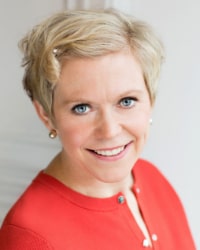 She says Chinese buying is based on thorough research, more so than among domestic buyers. Being confined to home because of the virus has resulted in more intense searching for potential purchases. “A report released by Juwai reveals that in January and February, Chinese audiences dramatically increased their online property research activity, especially on social media and video platforms,” Di Lieto explains.

The report also stated that some customers had even capitalised on the falling pound and purchased British properties directly from China, with the most notable being a Shanghai-based buyer who bought a £570,000 apartment sight unseen.

Equally, there were more than 1,300 views on JLL’s recent livestreaming broadcast showcasing London residential developments, while one of China’s two most powerful social media platforms, WeChat, was used in a post-broadcast, real-time Q&A to allow potential buyers to ask questions of sales representatives and book appointments for visits.

“Smart property sellers are keeping up engagement and sales momentum with Chinese buyers,” Di Lieto says. “With only essential shopping and work travel taking place at the moment in China, buyers are more receptive than ever to receiving sales propositions. However, developers and estate agents should be wary of using quick-fix, low budget marketing.”

Research shows wealthy Chinese consumers are becomingly increasingly frustrated with poor communications from UK companies - often based on translation from Chinese social media rather than a detailed understanding of who they are, and what they are looking for.

“However, sellers that get it right do more than make sales,” she continues. “Chinese brand ambassadors are won through good marketing and sales practice. Expats are also social media Key Opinion Consumers (KOCs), that have a major influence on family and friends in China. In Chinese consumer culture, social media recommendation cannot be underestimated. More than 50% of buying decisions for medium and high-priced ticket items are made as a direct result of social media recommendation.”

Word of mouth recommendation, she adds, is at its most influential when it comes to large or important decisions like university education and property purchases.

“A member of my staff recently witnessed a property purchase by the parents of a student studying in London, and the mother and father never needed to get as far as the airport for the completion to go through. Get the message and targeting right and the growing Chinese market becomes a regular source of sales,” Di Lieto insists.

Earlier this week, Emerging Communications ran a webinar on Zoom asking the central question 'Can Chinese buyers save the UK property market?' It's a fascinating hour-long discussion and you can give the recording a listen here.