By Mark Pearson
< Back

Birmingham has quickly become a favourite for property investors in 2020. With HS2 all but rubber stamped by Parliament, parts of Birmingham may well become suburbs of London, with tactically placed tenants able to be in the capital in well under an hour.

Educated investors understand that the HS2 is more than just about investing around the two HS2 stations in Curzon Street and Solihull, it takes in any of the transport links which need to be built between those stations and the workings of the city.

Centrally located in England, Birmingham has strength as a city in its own right, without the need for London influence (although it helps). England’s second city is growing year-on-year, which in turn is driving up wages, property prices and rentals.

With the average property price being just 6.5 times the average salary – compared to London’s 12 times – the city has significant room to grow, most of which is likely to be maximised in the next 10 years. Many believe the city is set to make the most property millionaires in the next decade.

Knowing an area’s past helps to predict its future, and with this in mind, Baron & Cabot reviewed over £2.49 billion in sales over the last five years to help predict the best investment spots for you to look at today. Some of these may surprise you.

One of the consistent growth areas of the city is the area to the South of Moseley, which includes Kings Heath at the north of the postcode, stops just before Stirchley to the west and stops just before Hollywood (named before the LA alternative).

The Kings Heath area of the postcode is a vibrant young population with great schools, loads of amenities and is situated close to the city.

The locals don’t like being compared to Moseley (its wealthy neighbour), but from an investment perspective it is important to consider. A natural overflow of tenants priced out of Moseley will move here and, in turn, increase property prices.

With parks and family entertainment within walking distance, the lack of a major train station or tram link has not held the area back at all.

With 7% average growth per annum over the last five years and the second half of 2019 showing even faster growth, the B14 postcode should be investigated by any would-be investor.

Sheldon is seeing significant resurgence with many of the major developers rumoured to be land banking in the area, expecting significant further growth.

With the luxury developer Alliance nearly completing their Park Gate project, whispers of luxury London developer Berkeley PLC due to start a build here soon, and a new M&S food recently opened, the demographic of the area is changing rapidly.

Location-wise, Sheldon works incredibly well from a transport perspective: near to the Airport, Airport rail station, on the main road into Birmingham, and the opposite way to the motorway.

With the new hybrid tram line connecting the area to the city, Birmingham Business Park, Airport and HS2, much of Sheldon’s stock looks incredible in value.

Keeping an eye on the new tram stop locations and being close to Sheldon Park, a savvy investor can bag a property here for two-thirds of the price of properties in other locations on this list.

A slightly surprising addition, and one which international investors may not be familiar with, the areas of Hawkesley and Walkers Heath are for the property investment purists who are looking to invest at the lowest end of the market.

Let’s not beat around the bush here. These areas have been described as the most deprived places to live in Birmingham, and still have a long way to go, but for the hardcore investor everything offers opportunity, and these areas have the growth to back it up.

To the north of Walkers Heath is the train station which takes tenants directly into the city centre. To the south of the postcode is some of the most beautiful greenery you can find anywhere in the country.

With 1,400 new properties being delivered to the area, a new town centre in Hawkesley and various plans for improvement, there are definitely opportunities here.

If you are tempted, look at the higher spec stuff, have a good management company in place and play the long game. It is growing in value year-on-year but may take a while for the area to get on its feet.

The area around B3 is effectively the heart of Birmingham now, and with that is the microclimate of central postcodes in any city centre. As cities get more and more popular, and the boundaries get bigger to accommodate the workers, central postcodes grow faster and faster.

Primarily due to the lack of new space becoming available, and an increased expectation of the quality of property, real estate prices in central Birmingham will continue to grow to a point that they become unaffordable.

Invest here for low yields and to maximise growth for the delivery of HS2. UK investors are likely still able to have their mortgage paid off by net rent while securing a property here. This area is superb for the investor who wants the best, and is looking at growth over monthly income. 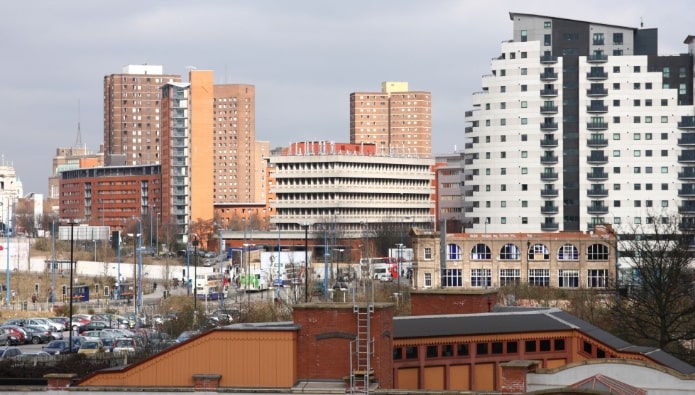 The leafy, well-connected Moseley is already established with ‘Brummies’ as a wealthy part of the city, with superb schools and trendy professionals.

Formed in the 19th century, Moseley was a spot where the rich industrialists of Birmingham could build architecturally beautiful property, with views onto their factories in the city, yet away from the smoke.

Moseley is almost the perfect balance of rental income, price and growth in an area which is already established within the residential fabric of Birmingham.

An absolutely huge opportunity in the reopening of Moseley train station is as close as you can get to a guarantee of growth in an area, while its past five years have seen consistent and significant property price growth year-on-year.

Buying anything in walking distance to Moseley train station is a huge opportunity for you and you should buy as much as you possibly can at the right price here.

Now is the time to invest in Birmingham

There are very few UK property investors not looking at Birmingham at the moment, and for the right reasons. Investing early will be critical to make the most out of the opportunity.

Historically, as with the train line improvements, most of the growth is finished before the launch of the improved infrastructure due to investors speculating early.

While some parts of Birmingham are late in their growth cycle, others are very early, with some amazing yield returns and even better growth opportunity.

The best time to invest in the city was 10 years ago, and the second best time is now, just ask yourself if you can remember any investment opportunity as big as the HS2 in your lifetime?

*Mark Pearson is a director of Baron & Cabot. For more information on fully researched developments with its 112 point due diligence, please visit: www.baroncabot.com.

The UK’s second city could see its Build to Rent (BTR)...

Eight reasons why Birmingham is the UK’s next top property hotspot ...

Birmingham was named as one of Europe’s top locations for property...