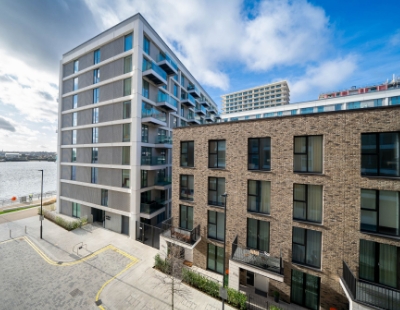 A collection of new homes eligible for Help to Buy purchasers has been launched at the Royal Wharf riverside development in East London.

Now available to purchase from Ballymore & Oxley, the 32 apartments will provide greater access for first-time buyers to live at Royal Wharf, which provides easy access to Canary Wharf and the City of London.

Royal Wharf is a new riverside village for East London, complete with 3,385 new homes for around 10,000 residents, as well as a health centre, primary school, nursery, community centre and a bustling high street. 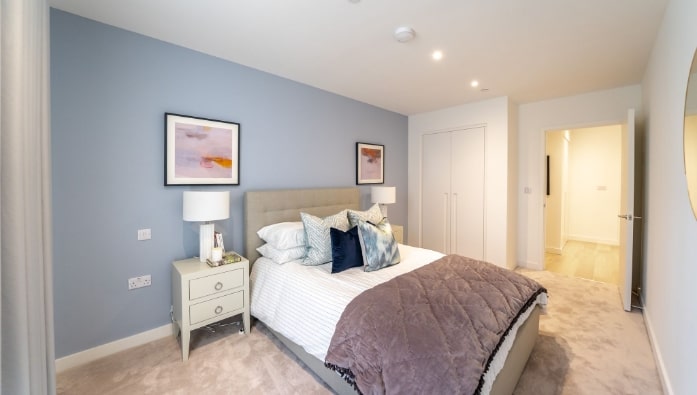 The development also includes a new market square and high street filled with shops, restaurants, bars and cafes – including a Fuller’s Pub, The Windjammer – bringing worldwide cuisines to the fast-growing East London neighbourhood. Residents can visit the nail bar, pharmacy, hairdresser, dentist and community centre hosting everything from language classes to ballet lessons.

The new riverside homes in John Cabot House are generous in size with contemporary open-plan living spaces, balconies and expansive windows which offer an abundance of natural light, and many of which have views looking over the River Thames. The kitchens are finished to a high standard, equipped with Siemens appliances and stone worktops.

Central to the Royal Wharf development and ideally situated near the hustle and bustle of the high street and market square, John Cabot House is set back from the river, offering buyers an affordable investment opportunity at the heart of the 40-acre neighbourhood.

The four buildings that make up John Cabot House are set around a courtyard, providing a peaceful and quiet space for residents to enjoy.

Royal Wharf is located moments from Canary Wharf, with outstanding transport links to central London and, with the opening of a new Crossrail station at Custom House in the works, resident can reach Heathrow Airport in just 40 minutes and the West End in 15 minutes.

Additionally, the newly-opened Royal Wharf pier, serviced by Thames Clippers river bus service, is London’s longest riverboat terminal and provides an alternative way to get in and out of central London.

Prices for one-bedroom apartments begin from £414,750, while two-bedroom apartments starting at £588,000. Through the London Help to Buy scheme, eligible buyers will only need a 5% deposit and will benefit from an equity loan of up to 40% of the purchase price. 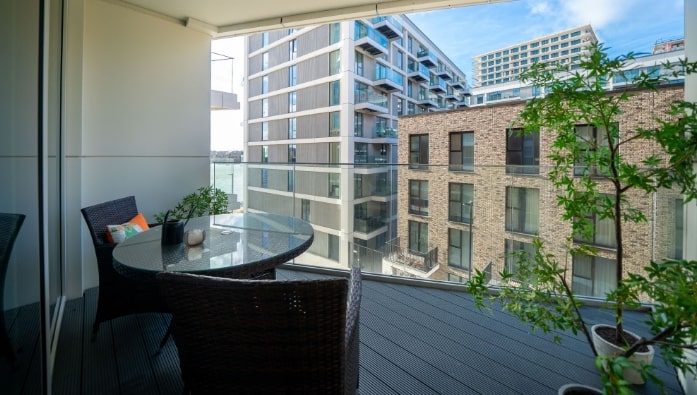 Royal Wharf’s Help to Buy apartments opens the development up to those who could not previously afford homes in one of the capital’s newest neighbourhoods. The homes are set to complete in Q2 2020.

Jenny Steen, head of sales at Ballymore Group, comments: “Royal Wharf is a fantastic investment opportunity for first time buyers, standing within the £3.5 billion Royal Docks regeneration area, which is becoming a new destination for Londoners to live, work and visit. We are delighted to be able to offer Royal Wharf homes to new buyers under the Help to Buy scheme, opening up the development to new audiences.”