One of the very few silver linings of the current coronavirus pandemic has been the seemingly positive impact lockdowns across the world have had on the environment, with a huge drop in air pollution across the globe.

As attempts to slow, stem and prevent the rapid spread of Covid-19 have been ramped up, the world has largely come to a halt as economic activity has been significantly limited, the number of planes flying through the skies has fallen drastically and there’s been a considerable reduction in the mass movements of people from place to place and country to country.

Last week, the World Meteorological Organization (WMO) said the draconian actions taken by governments the world over to limit the coronavirus had resulted in lowered carbon emissions.

However, the WMO also warned against complacency, and said the fight against climate change would need to continue once the crisis abates and life starts to get back to something resembling normal.

Green developments could play a big part in this fight, and Stora Enso, a global provider of renewable solutions in packaging, biomaterials, wooden construction and paper, believes narrow thinking will not enable the green developments we need, with all options needing to remain on the table.

“Developers are being asked to resolve a UK housing policy contradiction,” Matthew Linegar, director of R&D and product management at Stora Enso, said. “On one hand, the UK desperately needs more new homes to address long-term systemic shortages. On the other, the environmental impact of buildings is under the spotlight like never before and green standards are likely to get stricter.” 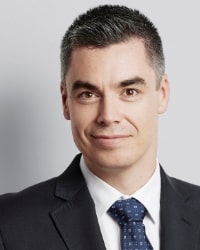 “The problem is that standard building design practices are not aligned with environmental requirements,” Linegar added. “So, as it stands, we can either build our way out of the housing crisis while deepening the environmental one, or address climate change while hampering efforts to build desperately needed new homes.”

“Then, as if this wasn’t a thorny enough challenge for developers, there is the fact that the upcoming tightening of the combustible cladding ban introduced in December 2018 will likely to remove one of the most promising tools available to resolve this contradiction – engineered timber. Surely, in order to treat the climate crisis with the seriousness it deserves, all options should be on the table?”

Between a rock and a hard place

According to the World Green Building Council, buildings account for 39% of global emissions, split into 28% for operation and 11% for embodied carbon from the upfront materials and construction.

“If we are to sufficiently decarbonise our societies, it is non-negotiable that lower-carbon building materials and methods are necessary – especially if homebuilding is set to approach the 300,000 new homes per year which was outlined in the government’s most recent manifesto,” Linegar said. "However, mainstream construction materials are notably carbon-intensive."

The challenge for developers to deliver high volumes of new homes – affordably – while decarbonising is, therefore, significant.

Fortunately, Stora Enso says, there are options available to eco-conscious developers. One of the most promising families of materials is engineered timber.

“Engineered timber can be thought of as combining the environmental performance of a natural, renewable resource with the performance characteristics of manmade materials. It is, in many ways, the best of both worlds,” Linegar explained.

From an environmental perspective, engineered timber is a renewable resource. So long as it is harvested strictly from sustainably managed forests, it is possible to plant more trees than are used.

“Crucially, the trees remove carbon from the atmosphere as they grow and store it away, locking the carbon in the timber for the lifetime of the material,” Linegar went on. “This means that, as long an engineered timber building stands, the material is in effect carbon negative."

“Emphatically yes - provided they are designed correctly. One of the most prominent engineered timber materials, cross-laminated timber (CLT), is fully capable of supporting high-rise structures such as apartment complexes or office buildings.”

"It also means that more units can be built on sites where weight is an issue, such as those above tunnels or with poor ground quality, and it creates opportunities to create more value from existing buildings through vertical extensions."

Additionally, the lighter weight means that more units can be built on sites where weight is an issue, increasing returns on the project and delivering more homes.

“There is also growing evidence to suggest that wooden buildings contribute health and wellbeing benefits to their occupants,” Linegar said.

Stora Enso says it’s important to note that engineered timber is not only strong, but also safe. “For those unfamiliar with the materials, it’s understandable that they would have some concerns over fire safety – after all, wood is a combustible material,” Linegar continued.

However, Linegar says this does not mean that wood is unsafe or should be banned - on the contrary, in fact. But it does mean that developers 'must appoint competent designers that fully understand the performance of combustible and charring materials to ensure that the design and construction meets or exceeds the requirements of the building regulations'.

He continued: “Of course, building design and our knowledge is not static, and over time we learn more about the fire performance of engineered timber.”

“The industry has a responsibility to invest in continuous development of knowledge and best practice – and the industry welcomes this. For example, we at Stora Enso are leading a special interest group under the Structural Timber Association (STA) together with other leading CLT manufacturers and industry experts to better understand CLT fire compartment behaviour to make it easy for designers to specify.”

The question of the day

The immediate question in front of us, Linegar says, is not whether engineered timber is a safe building material to use. He argues the answer to that is ‘yes’ – with rigour, diligence and a continued investment in developing best design practice.

“The question of the day is whether the time is right to extend the combustible cladding ban to 11m which would further limit the application of CLT. The question is whether – at a time of pressing housing and environmental crises – we can afford to remove the industry’s only scalable renewable and carbon negative option for a structural material.”

Stora Enso argue that the answer to that is ‘no’. “The UK is an anomaly as countries around the world scale-up their use of engineered timber, recognising its benefits and advancing best practice. We should expect more of the industry, we should invest in developing knowledge and competency across the sector, and we should hold developers to high standards. We should take an evidence-led approach.”

But, he says, we should not throw the baby out with the bath water with a ban that threatens to stop the growth of the only renewable construction material.

“The combustible cladding ban has already caused a reduction in the available market for engineered timber even though the ban only relates to the external wall construction of certain residential-type buildings,” Linegar said.

“Perception is clearly stronger than reality.  If the new consolation is successful and the threshold is reduced further from 18m to 11m then the message to the market will be interpreted as: “engineered timber is off the table”. Is that an acceptable unintended consequence? Not if we expect developers to deliver on the housing and climate crises at the same time.”

He concluded by saying that, of there is to be a response to these crises commensurate with their scale, surely all options must be on the table for developers?

“Hence, we encourage developers and other stakeholders to respond to the current consultation and to limit the impact of the proposed extension to the combustible cladding ban which includes the structure. After all, we need all our options on the table.”

The best and worst places for property affordability and clean living revealed ...

Areas in the UK with an excellent air quality rating of...

Local plans across the country for new housing developments and schemes...