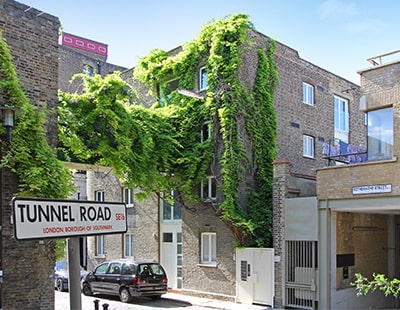 In this latest roundup of development news, we zone in on a Grade-II listed Georgian warehouse next to the oldest pub on the River Thames and one of the first parts of the £1 billion Northern Gateway being delivered in partnership with Manchester City Council.

South London estate agents KALMARs has reported a strong rental performance at Grices Wharf, a Grade-II listed Georgian warehouse that has been carefully designed to offer seven loft-style apartments, all of which have now been successfully let.

The historical development is found in Southwark’s Rotherhithe Village, described as a ‘riverside enclave rich in history and character’.

Rotherhithe, a Saxon name for ‘Sailers Haven,’ started life as a Saxon fishing village and later developed into a seafaring centre - with ships being maintained and travelling all over the world from the riverside area.

The most famous of these ships was the Mayflower. In 1620, Captain Jones and his crew set sail from Rotherhithe Village, picking up the ‘Plymouth Brethren’ on its way to found America.

Situated next to Grices Wharf on Rotherhithe Street is The Mayflower pub, which is said to be the oldest pub on the River Thames. The riverside watering hole provides residents with a clear shot of where the Mayflower was chartered by the Pilgrim Fathers on their way to America in the 17th century. 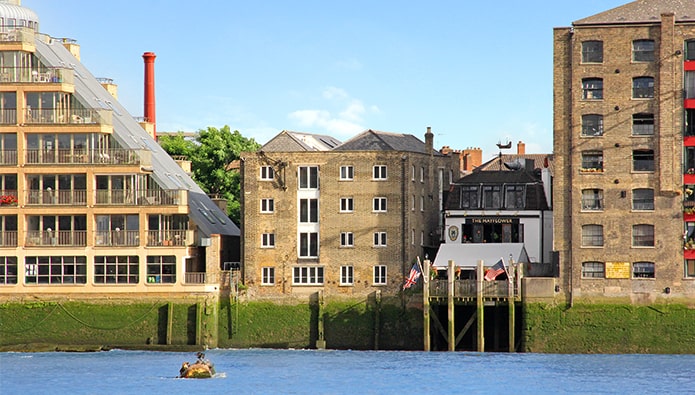 The Mayflower currently stands where The Shippe pub was in the 16th century and was given its current name in 1957.

This fascinating history of Grices Wharf and its near neighbours has led to the scheme being fully let, according to KALMARs, ‘along with the exceptional river views, superb connectivity and natural light that all apartments offer’.

Benefitting from ‘a central yet quiet location’, KALMARs says Grices Wharf has been let to a mix of retired individuals and young professional couples.

The river-fronted apartments, ranging from 700 sq ft to 2,800 sq ft in size, have been renovated by local resident Warwick Hembry, offering ‘truly effortless loft living’. Each unit is home to exposed wooden beams, apparently taken from the British war ships that fought the Spanish Armada.

Grices Wharf is less than one-minute walk from Rotherhithe Station and residents also benefit from ample bike storage. Canary Wharf and Shoreditch can be reached in just eight minutes by public transport, while London Bridge is around seven minutes away.

“The rental success of Grices Wharf is a true testament to the scheme’s captivating history and exceptional surroundings,” Francesca Harris, residential lettings consultant at KALMARs, said.

“Each apartment offers loft-style living at an exceptional quality in an exquisite location, rich in history and character and KALMARs are truly elated with this success.”

Far East Consortium (FEC) are consulting on proposals for 634 new homes which will form the first step in the regeneration of the Red Bank neighbourhood - a key part of the wider Northern Gateway programme.

The draft proposals being submitted for public consultation aim to create a new community with 634 high-quality homes at Victoria Riverside in the Red Bank neighbourhood of the Northern Gateway. The scheme will comprise a mix of tenures including shared ownership.

Victoria Riverside is made up of a family of three towers, with the landmark 37-storey building marking the corner of Gould Street and Dantzic Street, the gateway to the Red Bank neighbourhood. The two sister buildings, of 18 and 26 storeys respectively, complete the development.

The scheme, designed by architects Hawkins\Brown with landscape architect Planit IE, is also set to feature commercial uses along Dantzic Street, alongside high-quality public realm in the creation of Gateway Square. This is set to become the entrance threshold into the Northern Gateway, along with new routes to and from Manchester city centre. 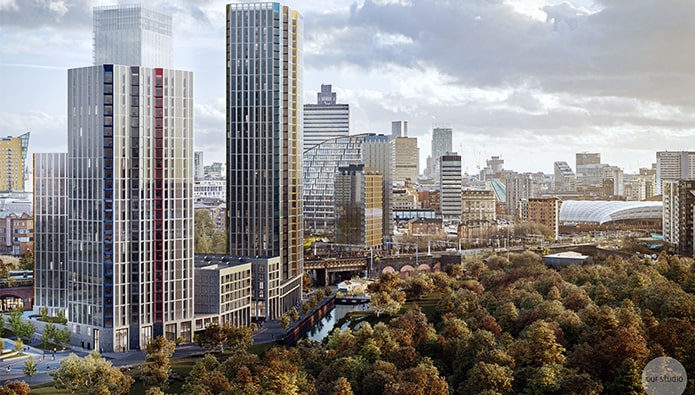 “Sharing our draft proposals for Victoria Riverside is an important day for us,” FEC project director Hilary Brett commented. “It is a key gateway site and sets the tone for regeneration within Red Bank as part of the Northern Gateway programme with Manchester City Council. We hope the site will play a key role in beginning the transformation of the wider Lower Irk Valley into a thriving collection of successful neighbourhoods. We welcome views from neighbours and residents on our draft proposals.”

Katie Tonkinson, Hawkins\Brown partner and head of Studio North, said: “Our approach to the site has been to embed quality in our design, from district to doorknob. The opening up of key routes along Bromley Street and Dantzic Street provide a significant public realm contribution, extending the urban life of the city.”

She added: “The placement and sculpting of the three towers allows the site to integrate with the wider district, creating visual permeability and key connections both back to the urban landscape and to the natural features of St Catherine’s Wood and the River Irk. The generous picture windows celebrate these connections at human scale and highlight the form and fluting of the building close up and at city scale, with a unique colour palette for each building offering distinct identity.”

The scheme is part of the first phase of the £1 billion Northern Gateway being delivered in partnership with Manchester City Council, with the first phase made up of more than 1,000 new homes including development within Collyhurst and at New Cross Central. The consortium insist they are committed to delivering shared ownership at Victoria Riverside and will be providing 20% affordable housing in a mix of tenures across the first phase.

In last week’s Budget, some £51.6 million worth of Government Housing Infrastructure Investment to Northern Gateway was announced, set to be a catalyst in the regeneration of Red Bank and the unlocking of over 5,000 new homes.