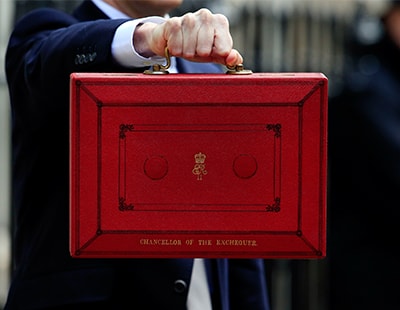 The Chancellor Rishi Sunak revealed in his first Budget plans to introduce a 2% stamp duty surcharge on non-UK tax residents.

While the Budget was largely focused on protecting the economy from the coronavirus outbreak – with a £30 billion package unveiled to help small and medium-sized businesses, boost the NHS and provide sick pay support to companies with fewer than 250 people – there were a number of housing pledges, with the extra tax on overseas buyers the most high-profile.

The implementation of the levy was widely anticipated, but many were expecting it to be 3% rather than 2%, as the Conservatives proposed in the lead-up to the general election. Its manifesto promise had been more vague, saying – in relation to ending the blight of rough sleeping – that it would help ‘pay for this by bringing in a stamp duty surcharge on non-UK resident buyers’.

The reduction in the surcharge may be an attempt by the government to appease those operating in the prime parts of the UK property market, who had been less than impressed with the proposals.

What’s the surcharge and why is it being introduced?

The 2% surcharge applies to companies, individuals and expats wanting to move back home. It’s owed on top of the existing 3% stamp duty surcharge on buy-to-let and second homes (if applicable) and existing stamp duty rates for mainstream buyers.

The thinking behind the policy, first mooted by Theresa May at the Conservative Party conference in October 2018, is to make it easier for domestic buyers to purchase homes that might otherwise go to wealthy individuals or companies from overseas, who then keep them as investments or rent them out at ’inflated’ prices.

The Tories have previously referenced figures which highlight that 13% of new London homes were bought by non-residents between 2014 and 2016. In addition, the party has stated that it's unfair that foreign individuals and companies who do not pay UK tax can buy homes as easily as those who already live here and contribute.

The additional surcharge only applies to homes in England, where the majority of overseas buyers purchase properties – mostly in London and the South East – and will come into force from April 2021. It had been suggested previously that the surcharge would be introduced immediately, so this might again be an attempt to keep PCL on board by allowing big-money investors a 13-month period to plan for the new tax accordingly.

Sunak said the money raised by the additional surcharge – expected to be around £650 million – will be used directly to assist 6,000 rough sleepers into permanent accommodation.

The surcharge represents a beefing up of the 1% tax consulted on during Theresa May’s time as Prime Minister but a slight downgrading of the 3% proposal put forward by the Conservatives during last year’s election campaign.

Under those proposals, it was stated that a wealthy overseas buyer of a £1.5 million home in London would pay £183,750 in stamp duty compared with £93,750 for a Londoner purchasing the property for their own use.

How did the announcement go down?

“Competition from overseas buyers - which has been rife in recent years, particularly in the UK's largest cities - is likely to reduce significantly,” he said.

“However, the additional tax could pose problems for the Prime Central London market, in which there is currently a huge amount of overseas investment. The market has been struggling for several years since George Osborne's stamp duty reforms in 2014 and this latest move could see a further reduction in prices and activity.”

He added that actively discouraging overseas investment with a 2% surcharge could prove to be troublesome. “Perhaps a 1% surcharge on overseas buyers - as originally mooted by politicians - would be fairer and more effective in creating a level playing field for all property purchasers?”

Neil Cobbold, chief sales officer at PayProp, said the additional 2% stamp duty surcharge for overseas investors ‘will certainly have an impact on the demand for properties in England's major cities’.

“We will have to wait and see whether disincentivising overseas buyers causes a shortage of rental homes in the long-term,” he continued.

“However, additional revenue from this surcharge could pave the way for a reduction or overhaul of the current 3% levy on second homes and buy-to-let properties. Changes of this type – and reduced competition from overseas - would encourage more domestic landlords to invest in further properties and provide more homes for the growing tenant population.”

Lara Mardell, legal director at BDB Pitmans, understands the rationale behind the government’s decision but has concerns about the manner and timing of it.

“The definition of ‘non-resident’ used (in the prior consultation on the subject) was much wider than the usual statutory definition of this term, and many people who are currently taxed as UK residents will be subject to the ‘non-resident’ rate of SDLT.  This is likely to cause confusion and add complexity to a tax system which is already extremely complicated. It also goes against the fiscal grain of having similar policies for residents and non-residents alike.”

Elsewhere, Brendan Sharkey, head of construction and real estate at MHA MacIntyre Hudson, said the surcharge was ‘very unlikely’ to fulfil the government’s stated aim to keep house price inflation in check. “The extra cost won’t deter most foreign buyers because they can offset the small additional cost by buying when the exchange rate is favourable,” he said.

Andy Foote, director at SevenCapital, believes the government announcement will prompt a level of relief for foreign property investors against what was initially speculated to be a 3% surcharge that might have been implemented within the next few months.

“Where these investors are concerned, whether they be overseas nationals or British expats wishing to keep their wealth within the UK, this move is likely to be met with relief and extended opportunity. The allowance of a further 13 months until the levy is implemented will be welcomed, as will the slightly reduced levy amount for those who were expecting the higher figure.”

Others were more critical. Janet Armstrong-Fox, partner and head of private client property at Collyer Bristow LLP, said that any overseas buyers will almost certainly already be paying the extra 3% SDLT that the purchase of any second home attracts, meaning the ‘additional 2% as an overseas buyer will be a further disincentive to invest here’.

“After a short-term flurry of activity before April 2021, the 2% overseas buyer surcharge will have a detrimental effect on the London property market in particular, with the knock-on effect of deterring overseas interest in the UK at a time when the UK needs to be seen as very much open to the world for investment and trade.”

Hannah Aykroyd, founder and managing director of PCL buying agency Aykroyd & Co, said the timing was dreadful for a tax increase for overseas buyers in the UK. “With the UK facing the biggest financial threat in more than a decade amid fears the Covid-19 epidemic could cause global recession, the government should be putting in place more measures to attract foreign investment,” she said.

“At this tender stage of recovery in the London property market, any SDLT tax increase is a threat. And the 2% increase is significant. The new surcharge on top of the existing surcharge for those buying a second property brings the highest rate to a staggering 17%,” she added.

But there are those who believe the tax will be useful, particularly for first-time buyers. Rob Houghton, CEO of reallymoving.com, said: “A 2% stamp duty surcharge for non-UK residents, coming on top of the existing 3% surcharge for second home owners, will reduce the numbers of overseas investors competing against first-time buyers for limited stock.”

The introduction of the extra stamp duty surcharge – which mirrors the action taken by other international cities such as Vancouver, Singapore and Hong Kong, to limit the impact of overseas investment – won’t happen for more than a year, which means there won’t be the anticipated mad rush by buyers to act very quickly before it comes into play.

Chris Myers, partner and head of international real estate at Forsters LLP, said we will probably see a boost in transaction numbers over the coming months as the industry highlights to non-residents the tax savings to be made prior to April next year.

Meanwhile, Richard Donnell, director of research & insight at Zoopla, said ‘there will likely be some increased activity among non-UK residents looking to purchase before the new rules come into force’.

“Dollar-denominated buyers may find that the additional cost is partly offset by currency movements, with an effective discount of more than 20% for those buying UK property now compared to the summer of 2014 – purely due to movements in the pound,” he concluded.