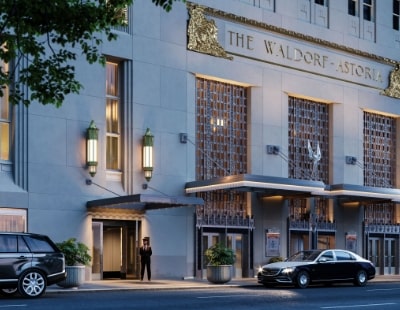 Investors in New York will soon be able to purchase a piece of the city’s history when sales for The Towers of the Waldorf Astoria launch next week (Tuesday 3 March).

The Waldorf Astoria New York, the world’s largest and tallest hotel when it was constructed in 1931, is being meticulously and lovingly restored to create a collection of 375 contemporary residences and a 375-key hotel arranged over 52 storeys.

The renovation of the Park Avenue landmark, which has been described as a ‘global icon of quintessential New York City’, will offer buyers and investors the chance to purchase a permanent residence in The Towers above the renowned hotel. Residents will have exclusive access to ‘unsurpassed amenities’ and ‘legendary service’.

The 375 residences, which will range from studios to penthouses, are being developed by Daja Insurance Group, with the first closings anticipated in 2022. 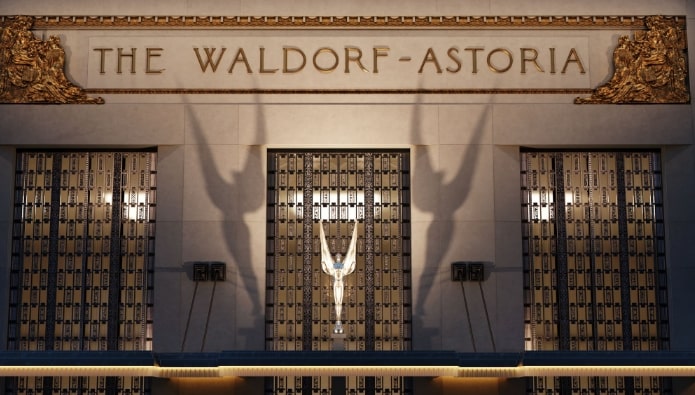 As part of the restoration, a number of key heritage spaces will be returned to the original 1931 design. Some prized artefacts will also be returning to the property, including the 1893 World’s Fair Clock Tower and a piano which once belonged to Cole Porter.

The Towers of the Waldorf Astoria occupies a full city block between Park and Lexington Avenues and East 49th and East 50th streets, just a few blocks from Central Park and some of the city’s best-known cultural institutions, restaurants and bars, as well as the high-fashion destinations of Madison and Fifth Avenues.

What is the history surrounding the Waldorf Astoria?

One of the world’s best-known hotels, it has long been the chosen destination for global leaders, cultural icons and royalty when staying in the city that never sleeps. Previous guests and residents have included Queen Elizabeth II, the Duke and Duchess of Windsor, Grace Kelly, Winston Churchill, Frank Sinatra and the aforementioned Cole Porter.

The largest private interior landmark in New York, some of the building’s select heritage spaces were granted landmark status in 2017, while the exterior received this same accolade in 1993.

The Waldorf Astoria also has a number of firsts and claims to fame to its name. It was the first hotel to install electricity on every floor and a bathroom in every room, as well as being the first to offer 24-hour room service. It also invented the Waldorf salad (immortalised in Britain by the Fawlty Towers episode where Basil goes head to head with a very angry and hungry American guest; “I want a Waldorf salad!”), as well as the Red Velvet cake which has since become a staple in any self-respecting patisserie and bakery across the globe.

What can residents expect?

Skidmore, Owings & Merrill LLP are acting as architects on the project, with residents at The Towers of Waldorf Astoria set to enjoy private access to more than 50,000 sq ft of amenities and services.

This includes a live-in service manager, a library lounge and bar, a billiards room, a theatre with stage and screen, a children’s playroom, and a private wine storage and tasting room. There is also a demonstration kitchen, a state-of-the-art fitness centre with private training studios, a 25-metre swimming pool, private dining rooms, private workspace with board room, co-working spaces, a dedicated concierge and male and female private spas.

In effect, it will offer the sort of luxury and service that is a million miles away from that on offer at Fawlty Towers.

This comes at a cost, though, with prices set to start at $1.7 million (around £1.3 million) for a studio apartment.

You can find out more about The Towers at Waldorf Astoria here.

At the end of last year, we covered the New York property market in detail, asking what the Big Apple offers investors in terms of real estate.

Now The Towers is looking to be the latest investment opportunity for eager New York buyers to keep their eye on.

The roaring 20s – will there be a return to the cities that never sleep? ...

One of the strangest sights during the pandemic has been the...

London is now the destination of choice for the world's richest...