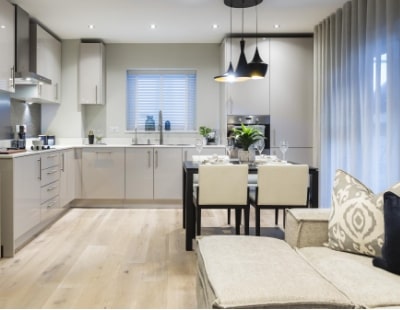 Weston Homes will tomorrow launch Watford Cross, a £44 million scheme in Watford, Greater London, which is set for completion in the summer of 2021.

To coincide with the launch of the scheme, a new two-bedroom show apartment and marketing suite will be unveiled.

With an annual railcard, commuters will face a daily fare of just £12 to travel into London Euston from Watford Junction - £2.50 lower than the cost of the average London commute and a potential saving of £650 per year. 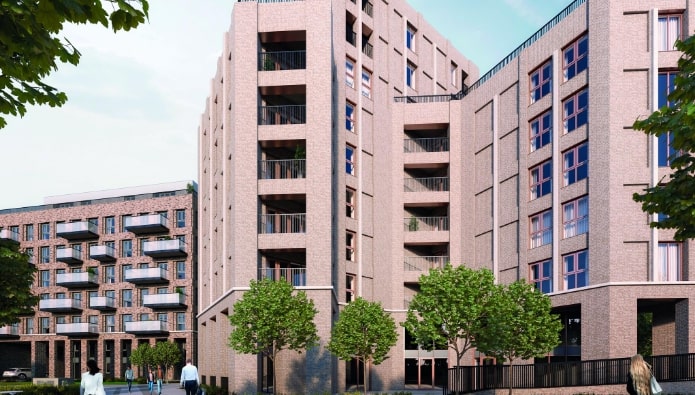 On average, there are 143 trains per day from Watford Junction, with London Euston reached in just 16 minutes. The station is also a hub for local bus services and is the connecting station for buses to the Harry Potter studio tour, which has seen a huge increase in the number of visitors – often decked out in Gryffindor scarves, wizard hats and other Potter garb – to the station since The Making of Harry Potter experience first opened in March 2012.

Found on St Albans Road, Watford Cross will be made up of 115 private one, two and three-bedroom apartments, with select plots providing private balconies and terraces.

The 108,164 sq ft development will provide a mix of residential homes alongside commercial space, with apartments available to purchase through Weston Homes’ ‘First-time SecureBuy’ scheme, where residents can reserve an apartment for just £500.

To highlight what will be on offer to future residents, the 805 sq ft, two-bedroom show apartment offers a master bedroom suite with en-suite bathroom, a guest bedroom, family bathroom, open-plan kitchen/living room/dining room, as well as a generous terrace. The show apartment is available to purchase for £468,000.

The homes are set to have forest oak doors with polished chrome ironmongery, oak strip wood flooring, choice of carpets to the bedrooms and audio/visual entry systems, while the designer kitchens will include Zanussi stainless steel electric fan oven, ceramic hob and an integrated fridge-freezer. 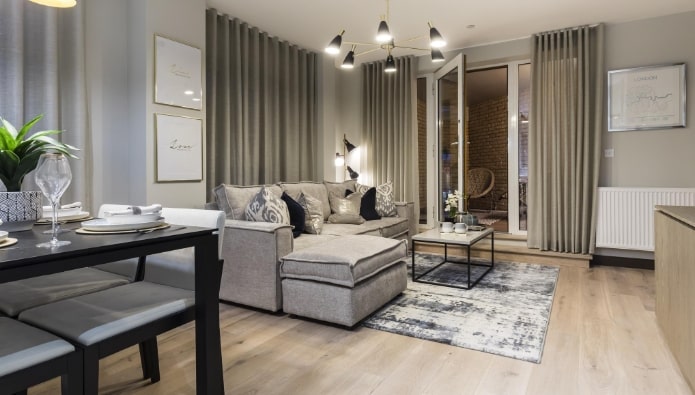 Watford Cross is being built in the heart of Watford, a town which has witnessed significant development to its high street in recent years, with a £2 million investment aiming to make it a welcoming place to shop and dine. It’s probably best known for its brightly coloured football team – currently languishing in the Premier League relegation zone – and the connections the Hornets have with global icon Elton John.

As well as having Vicarage Road and Leavesden Studios on their doorstep, residents will also be close to Intu Watford, Hertfordshire’s largest shopping centre, which offers shops such as Kurt Geiger, Levi’s, Hugo Boss, and John Lewis, as well as several restaurants and food outlets.

The town itself has a number of pubs, restaurants, cafes, bars and nightclubs, as well as a Vue cinema and the much-loved Watford Palace Theatre and Watford Colosseum. Nearby green space is provided by Cassiobury Park, Oxhey Park and Radlett Road Playing Fields.

Bob Weston, chairman at Weston Homes, said of the scheme: “We are pleased to announce the unveiling of our show apartment and marketing suite at Watford Cross which will allow potential residents to see the exceptional finishes and design of the development. Residents at Watford Cross will have access to competitive transport routes into London with over 140 trains a day reaching Euston in 16 minutes, whilst still benefitting from living in high-quality homes in the neighbourhood of Greater London.”

Revealed: where is the most profitable place to buy UK investment property? ...

A leading data insight company has revealed the best places in...