Ombria Resort, the newest luxury resort and real estate development in the heart of the Algarve, has announced the launch of the off-plan sales of its Viceroy Residences and Alcedo Villas as it looks forward to an ‘exciting’ and successful 2020.

In December last year, construction of its 5-star Viceroy hotel and first phase properties commenced, the starting gun for Ombria Resort’s plans to turn itself into one of the Algarve’s major destination locations.

The resort, which includes an 18-hole golf course that was completed last year, is spread over 150 hectares of ‘serene, secluded and natural landscape in the inner Algarve’. It’s found only 20 kilometres from Faro Airport – the Algarve’s main aviation hub – and close to several ‘stunning’ beaches, as well as being just eight kilometres north of the charming town of Loulé, which plays host to an Moorish-inspired covered market, a castle with origins dating back to the 2nd century and one of the region’s most visually impressive churches.

The developers behind Ombria Resort insist it’s being built as a ‘new, exclusive, one-of-a-kind sustainable development’ that is working to preserve and contribute to the welfare of an unspoiled region.

As a result, the developers have made sustainability and environmental protection key factors during the construction process – building these themes into each stage of what they say is an ‘extremely low-density resort’.

This has been achieved through the use of bioclimatic architectural principles, as well as renewable solar and geothermal energies, which means that all buildings can be bracketed as ‘smart houses’, equipped with cutting-edge technology and efficient resource management.

The developers also insist that the design of Ombria Resort ‘respects the surrounding environment’ and ‘safeguards the integrity of the indigenous natural landscape’.

The apartments are all being sold freehold and fully furnished, equipped to exacting five-star standards and featuring open-plan kitchens and luxurious living spaces. Private gardens or terraces overlooking the golf course are also included, while some apartments contain their own private swimming pool or jacuzzi. Each apartment is managed by Viceroy Hotels & Resorts.

Investors are promised a minimum guaranteed net yield of 5% per year for the first five years, regardless of the level of rental income generated in each of these years. Additionally, owners can use the apartment up to 10 weeks per year and will have access to the hotel’s facilities and services, including six restaurants, a spa, a gym, a kids club, swimming pools, concierge and property management.

Elsewhere, the Alcedo Villas at Ombria Resort are 12 individual detached homes, set in individual plots of between 1.700–3.300 m2, each located next to the Viceroy hotel on a hillside plot. They will be perched above a stream, offering panoramic views of the golf course and the surrounding natural landscape.

These 12 ‘three to seven-bedroom’ villas, which range in size from 480 to 746 m2 of total built area, can be adapted to fit each owner’s preferences.

The villas are designed in a traditional Algarvian manner, albeit with modern and contemporary flourishes. The architectural design, the work of Portuguese studio Promontorio Architects, aims to maximise views, privacy and sun exposure for each villa, with ‘adaptability to the terrain and layout flexibility’ allowing for 12 personalised designs within ‘one common conceptual approach’. This, the developers say, helps to make each villa unique.

The Alcedo Villas, like the Residences, have also been designed in way that ensures they harmoniously integrate into the landscape and the traditional essence of the region. 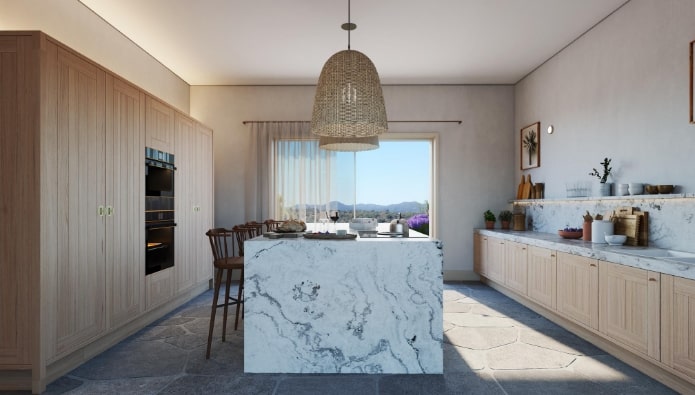 Owners of a Viceroy Residence or Alcedo Villa at Ombria Resort look set to enjoy a range of benefits at the Viceroy hotel and Ombria Resort’s golf course, including privileged access to the facilities and various discounts.

“2020 is a significant and exciting year for Ombria Resort,” Julio Delgado, chief executive of the resort, said.

“We are delighted to announce that following the commencement of construction and launch of sales in December 2019, almost a third of our Viceroy Residences and Alcedo Villas have now been either reserved or sold across the UK, Benelux, Swiss, Portuguese and Swedish markets.”

He added: “Investing in a property at Ombria Resort is a doorway to a premium European destination that is becoming more and more sustainable. We are on track for the opening of the Viceroy hotel and Viceroy Residences in early 2022 and proud to be leading the way in sustainable residential developments in Portugal through a genuine commitment to preserving our unspoiled region and developing a resort in harmony with its natural environment and local community.”

We previously covered the start of the construction works at Ombria Resort and asked whether investors should be considering the Algarve’s newest development.

The Algarve is one of the most popular holiday destinations for British tourists and investors, and, as such, is often seen as something of a safe bet for buyers eager to make a good return on their properties.

Even in a post-Brexit world, the noises from the British and Portuguese governments seem to suggest a close, mutually beneficial relationship will remain between the two countries – two of the world’s oldest allies thanks to the Anglo-Portuguese Alliance (Aliança Inglese) which was ratified at the Treaty of Windsor in 1386.

Should investors be considering the Algarve’s newest development? ...

A new five-star hotel and branded residences have started construction in...