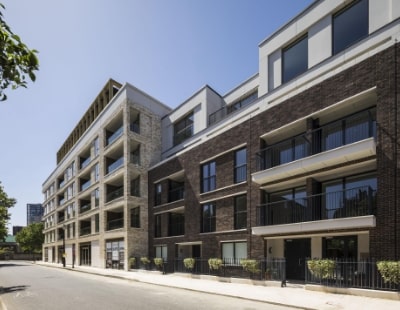 Galliard Homes and Acorn Property Group, in association with Trinity House, have recorded sales success at their Trilogy development since its initial launch last year.

Located on a historic site on Harper Road in Borough, the residential scheme boasts 64 stylish apartments, of which 90% have already been successfully sold – leaving just six apartments available to purchase.

Galliard and Acorn say that this sales success is a testament to Trilogy’s proximity to iconic Trinity Church Square – a popular garden square in Newington in the London Borough of Southwark.

The buyer demographic at Trilogy has consisted of young to middle-aged couples and local professionals. All purchasers at the scheme have bought homes to live in, with the vast majority of these purchasers being local buyers who have lived in the area previously. 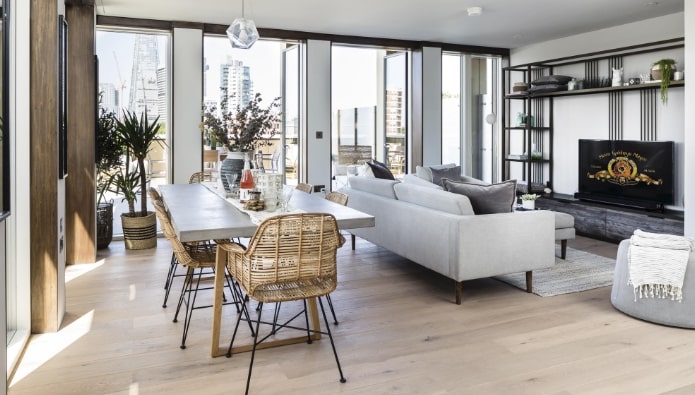 The Trilogy development, designed by architects Haworth Tompkins, is located across three linked contemporary apartment buildings which rise from four to six storeys in height.

Providing a range of one, two and three-bedroom apartments, Trilogy was originally the site of a Roman Temple formally occupied by the Southwark Court of Requests (1824-2017), which is where John Dickens, the father of novelist Charles Dickens, was fined and sent to prison.

The apartment buildings feature expanses of glazing, brick facades in contrasting brown, red and grey colours, walk-out balconies and covered terraces. Residents of Trilogy also have access to an ‘exquisite communal roof terrace’ that spans the entire seventh floor of the scheme, offering picturesque views of the capital.

“Trilogy is a charming addition to the Borough area, so the success of the development comes as no surprise to Galliard,” David Galman, sales director at Galliard Homes, comments.

“The development’s incredible communal roof terrace is the ideal place for residents to relax and enjoy the views of London’s skyline, while it’s close proximity to Trinity Church Square means that residents will be in walking distance from one of London’s most iconic garden squares.”

Trilogy is located close to Borough Market, offering some of London’s most diverse culinary delights, as well as Italian-inspired market Mercato Metropolitano, a number of boutiques, artisan cafes and restaurants, and numerous bars and pubs.

It’s also situated in a well-connected area with Borough, Elephant and Castle and London Bridge stations all within walking distance, allowing residents to commute to Bank, Waterloo and Old Street in five minutes; Canary Wharf, Bond Street and King’s Cross in 10 minutes; Euston and Farringdon in 15 minutes and Paddington and Knightsbridge in 20 minutes.

An Indian billionaire has purchased Great Scotland Yard – the home...