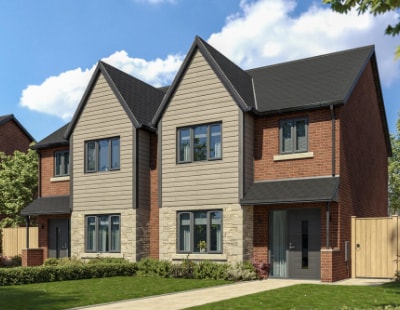 The scheme is being led by Tomlinson Homes and will see the previously derelict Old Rectory site – a Georgian style building which dates back to the mid-1700s – converted into a prominent gateway residential feature in Clifton Village, Nottinghamshire.

With a completion date of February 2021, the Rectory Mews development will comprise four luxury homes within the Old Rectory site, each with its own entrance, outdoor space and garden.

Within the landscaped grounds, three new executive properties will be built with garden facing elevations, accessed through a private gateway.

Homes within the Old Rectory conversion include The Gatehouse (a three-bed) and The Cottage (a two-bed) – both currently sold subject to contract. The Rectory (a five-bed) and The Lodge (a four-bed) are both still available for purchase.

Meanwhile, the three new executive detached homes will include two five-bedroom properties (Beech House and Oak House), and a six-bedroom property (Cedar House) – all of which are currently for sale. They boast ample living spaces, with garages, security gated access and private sun lounges.

All interior design has been inspired by the location of the development and the new build properties have been named after trees within the grounds. 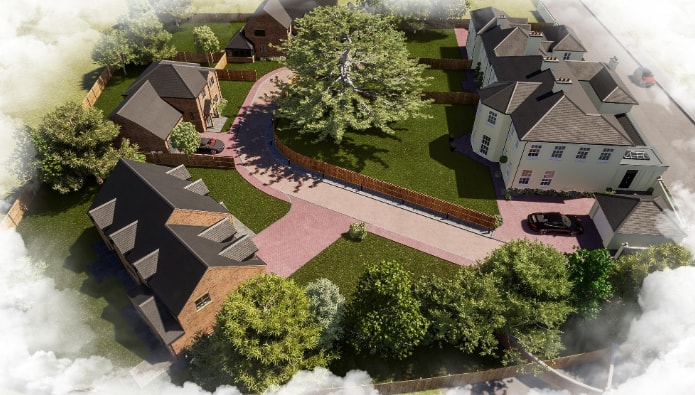 Rectory Mews is ‘superbly positioned’ in close proximity to both universities, with easy access to major travel routes including the M1, Beeston Station and Nottingham Parkway Station which has regular trains to London and East Midlands Airport.

Prices for the remaining available properties at Rectory Mews start at £550,000 and go up to £1 million. Viewings are being organised in line with Covid-19 government safety guidelines.

Siman Preston, group property manager at Tomlinson Homes, says the progression of Rectory Mews has been seamless. “The stunning restoration and conversion of the once derelict building will be a prominent feature of the village, giving it the entrance it so rightly deserves after so long.”

“As well as the two properties already sold, we have had a great amount of interest in the remaining five homes and encourage buyers to register their interest for viewings with haart if they would like to look around, which is highly recommended. With the stamp duty holiday ending in March next year, buyers can qualify for a reduction in stamp duty if they act within this timescale.”

Over in Beeston, the first phase of luxury homes at Barton Quarter development is on track for completion next year, with buyers able to move in from March 2021.

Situated on the 10-acre former site of Barton Transport in Chilwell, the Barton Quarter will be a ‘carefully designed’ development of homes, facilities and two new public squares.

The scheme is being developed in conjunction with the Prince’s Foundation – a prestigious built environment charity founded by the Prince of Wales that focuses on developing better urban design and communities, in collaboration with Ben Pentreath Architects.

Similar to Rectory Mews, the Barton Quarter development as a whole will provide a new substantial residential quarter for Nottingham.

It’s a two-minute walk to the tramline which runs from Chilwell High Road, with regular services to the University of Nottingham Campus, Nottingham Trent University, Queens Medical Centre, Nottingham Railway Station and the city centre, as well as Toton Lane Park & Ride. 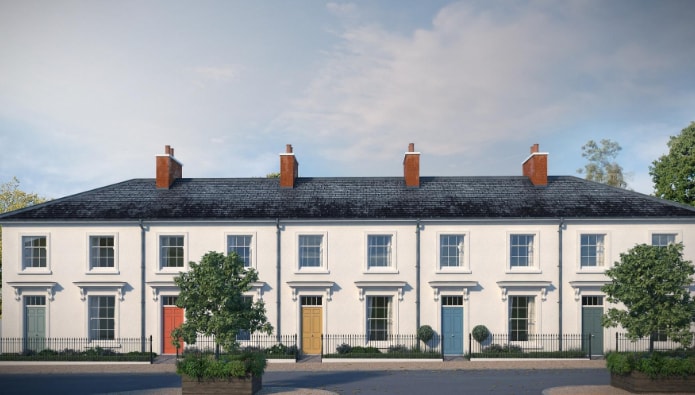 “With architecture drawing from the best of the Regency period, inspired by early development in The Park, with mews streets and townhouses, there is a real opportunity for all types of buyers to find what they are looking for in an ideal central area of Nottingham.”

“We are incredibly pleased with the levels of interest and number of viewings already, and we look forward to showing interested potential buyers these beautiful properties. Buyers of phase one will be able to move in by the end of March and will have no stamp duty to pay.”

“We hope that the community-led approach in this development – whereby the landowner prioritised leaving a sustainable community legacy over merely maximising profit and the developer engaged with local people to gauge opinion on the development – is adopted more widely in future.”

Meanwhile, in Ashfield, building works have started on Forest Park, an exclusive 45-home development in the village of Annesley by property developer Taggart Homes.

Previously the site of a welfare club which has been vacant since 2009, the development on Derby Road will ‘inject new life’ into the disused land and is due for completion by winter 2021.

Forest Park will feature seven different property types including semi-detached and detached homes. The homes will have a sale value starting at £245,000, going up to £260,000 – all of which will fall within the Help to Buy scheme.

Annesley boasts many amenities including primary schools, a supermarket, a library, sports fields and historic sites such as Annesley Hall.

“We build beautifully designed and well-planned developments for the ultimate in modern living and go the extra mile to include high-quality features that homeowners desire as standard. We are pleased to be progressing with Forest Park which will reinvigorate and breathe new life into an unused area in Annesley, in a wonderful, central location in the village.”

Tim Downing, director at Pygott & Crone, the sole marketing agent of Forest Park, adds: “Our Nottingham office is really looking forward to marketing this fantastic new development of much-needed houses in the area.”

“The quality of Taggart Homes’ offering will set a new benchmark in the region of how new homes should be built. We already have a large number of interested parties looking to reserve.

Taggart Homes is working alongside Core Architects and Ashfield District Council to deliver this scheme.

Interested homebuyers can now register their interest with Pygott & Crone and the Forest Park brochure will be launched on December 2, with reservations now being taken.

A Nottingham-based luxury home developer has started construction works on a...

Construction works are in progress on the ‘The Yacht Club’ –...