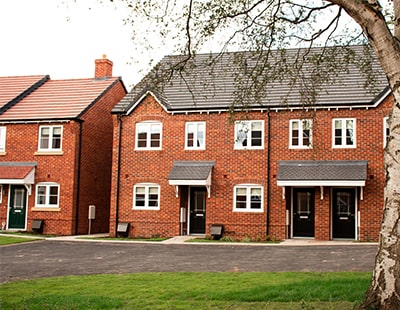 In early December, senior researcher at AMA Research, Alex Blagden, talked about an expected surge in Build to Rent (BTR) applications heading towards the end of 2020. He also said 2021 could see cumulative BTR completions quadruple since 2016.

In a difficult year for the property market, BTR has continued to prove its resilience and we head into the new year with continued optimism surrounding it.

You only have to look at the BTR figures to see it’s a growing market, with huge opportunities for developers and housebuilders. Data from Q3 of 2020 shows there are 37,000 units under construction and around 84,000 in planning in the UK - with over 90,000 expected to be in planning by the end of the year. These figures really showcase the pace of growth in the market and its potential.

More established markets like retail are going through somewhat of a difficult period. Only exacerbated by the pandemic, the high street has been struggling for a number of years and investors are turning their attention to markets where demand for property is growing.

BTR is one of those markets. At Wise Living we have seen it first-hand, not only from investors but from well-established developers working in the property market who have turned their ambitions to move into BTR into reality. More and more developers are interested in changing their models to accommodate the benefits BTR brings to their developments and to their income.

In the last 18 months, we have received over £60 million of funding from ICG Longbow as well as securing £100 million from Triple Point. This funding has supported our ongoing projects in Telford, Coventry, Mansfield, Wolverhampton and Boston - with more than 10 projects in the pipeline, too. Investors recognise the potential of BTR right across the UK.

This year we worked with a variety of developers, large and small, and new and established, including Lovell Homes, Strata Homes, Keon Developments, NMCN and Seagate Homes. We continue to have really positive discussions with further developers who we expect to announce projects within the coming weeks and months - indicating the growing appetite among developers to make BTR part of their business.

We have noticed a distinct shift in the past eighteen months when talking BTR with developers. It’s gone from something that has piqued their interest to a market they see as a genuine way to de-risk their portfolios, shift units and create new streams of revenue.

The pandemic hasn’t had any real lasting impact on BTR and typically with the rental market you see a resilience during times of economic struggle that you don’t with the open market. It hasn’t put developers off, only accelerated their interest.

Behind the growth of the BTR market is a demand for quality rental homes. Families across the UK, not just in the populous centres of the likes of London, Birmingham, Glasgow and Manchester, want access to high-quality rental properties that they love to call home.

The trend towards remote working, home offices and access to green space has also meant more and more people want to live away from the crowded town and city centres. Instead, they want to move to the suburbs and to areas where it is quieter.

This trend was highlighted in research by Rightmove, which identified that searches for suburban homes in areas with less than 11,000 people has doubled. Although this was based on open market searches, it's a clear indicator of where UK families are wanting to live.

During lockdown earlier this year, we launched the first phase of 75 properties at The Old Brewery site in the suburbs of Mansfield, and in a matter of weeks all the homes were snapped up. It’s a small snapshot of the demand BTR providers like Wise Living are seeing for suburban properties.

As a BTR provider, Wise Living’s aim is to meet this demand working with developers to give families the opportunity to live in high-quality, well-managed BTR homes, that provide much-needed regeneration to suburban areas in towns and cities across the UK.

We have ambitious plans to build up to 2,000 BTR homes a year by 2025 and, with the continued growth of BTR, this is a goal we very much expect to hit.

As we head into 2021, we expect there to be an influx of developers who turn to BTR as businesses look to positivity to drive their recovery out of a difficult 2020. Growing markets like BTR are big opportunities for developers looking to boost their cash-flow and add a new permanent stream of revenue to support their traditional sales.

Finding the right BTR partner who understands the market could be key to their success in this rapidly growing market.

*Paul Staley is director of PRS at SDL Group, the company behind the Wise Living BTR platform

Build to Rent - engaging communities to get the most from investment ...

It is unfair to assume that people who rent rather than...