You may have heard people say that as the coronavirus continues and a possible recession approaches, this spells the end of the road for HMOs (Houses of Multiple Occupancy, also known as house shares).

However, I don’t believe that’s the case. Instead I suggest that there is good evidence for the opposite view.

Let’s consider three opinions you may have heard expressed on the subject of HMOs.  I’ll then share some top tips for maximising the value of properties.

Opinion – after Covid house shares won’t be what people want

The issue is not that clear-cut. In our experience, even during the current pandemic, people are continuing to choose to move into HMOs.

Most of our young professional housemates that I rent to could easily afford a one-bedroom flat, but they tell me they’d prefer to live in a house share for four main reasons:

Often tenants are moving to a new city for work and don’t know anyone. They prefer to live, at least initially, with other likeminded people. House shares are a great way to meet people, make friends and have a ready-made social life.

Often people are saving to buy their own home and love the affordability of HMOs because they can save more each month than they would if they rented on their own.

It’s the ease of moving in and having everything set up already; furniture, white goods, all bills included, internet etc., and fast service if anything goes wrong.

We live in a much more mobile society than ever before. Many people move around the country for work, whether it’s to find a better job, or within their existing position. So being tied to a place isn’t very appealing. HMOs make it easy for them to commit for short periods only.

So, overall, we’re seeing the demand for HMOs increasing, not decreasing.

Opinion - HMOs demand will nose-dive in a recession

If we are heading for the market dip many financial commentators are forecasting, then it’s likely demand for HMOs will grow, as past evidence has shown that residential rental demand increases in recessions. More people prefer to rent rather than buy in recessions.

In 2017, home ownership in England was at a 30-year low according to the English Housing Survey, the lowest since  1935. The private rental sector has doubled in size since 2004 with 4.5 million households renting, including almost 50% of people aged 25-34 renting their homes. 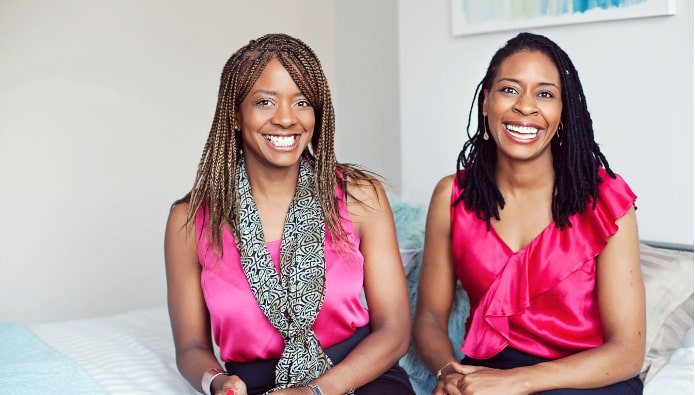 Research by the Royal Institute of Chartered Surveyors (RICS) showed that following the 2008 recession there was a continued rise in tenant demand.

So, although many people state, as though it’s a universally accepted fact, that getting into rental in a recession is bad, they are wrong. Recessions see growing demand for rental property and especially affordable rental property, such as HMOs.

There is a shortfall in affordable housing. A National Housing Federation and Crisis report conducted by Heriot-Watt University reveals that the UK needs to build 340,000 new homes every year until 2031 to meet housing demand. And at least 145,000 of those homes need to be what’s termed ‘affordable’.

So, there is strong demand for affordable housing – and housebuilding is not keeping up. Which means HMOs are becoming ever more popular.

In 2018, the UK government estimated that there are around 4.5 million people in England housed in around 497,000 HMOs in England and Wales.

It’s therefore easy to see how HMOs can contribute towards alleviating the housing shortage. However, many councils have introduced Article 4. This means that a planning application has to be submitted to the relevant council to change a house to an HMO, even if it will only house three or four people, which under the national legislation wouldn’t require planning permission.

It is therefore becoming more difficult for landlords to create a new HMO. So, the number of available HMOs is not growing as fast as it used to, and yet demand is on the increase.

In my experience, the people claiming the HMO market is saturated have sub-standard properties in the wrong areas or don’t have any HMOs at all – just unsubstantiated opinion. To me, it is clear that the HMO market is buoyant, not saturated.

So, if you have an HMO or are planning to buy one or convert an existing property, what do you need to do to be successful?

Here are my tips for small steps that can make a big difference.

Now that people are more likely to be working from home, having a desk, an attractive work area and fast broadband is important. If necessary, add extra lights to ensure the workspace is well-lit, and ask an electrician to add a few extra sockets if needed so laptops, phones and other work paraphernalia can be plugged in and kept charged.

As much kitchen storage as possible

Ensure there are enough kitchen units to provide suitable storage and include a fridge and freezer. It’s surprising how many landlords don’t supply enough kitchen cupboards. If your kitchen is small, look at clever ways to maximise the storage space – there are loads of ideas from places like the NRLA and IKEA. Thinking about the little things that make life easier can make a huge difference to your tenants.

While you can’t change the size of a house without major works, you can increase the storage and make it feel more spacious. Simple fixes like having two wardrobes, or adding shelving (for example, above doorways can be a great way to add extra storage space) can make a big difference. No one wants all their ‘stuff’ on display, so make it easier to tidy it away.

This is the one that will make your properties stand out. From the first viewing to moving in, be proactive and attentive. Once they have moved in, don’t think that’s your job done! Look after them, make the experience of living in your property one they will remember and cherish. This helps housemates stay longer and also leads to more referrals.

*Stephanie Taylor is the co-founder of HMO Heaven and Rent 2 Rent Success. She started HMO Heaven along with her sister Nicky and has grown the property management business to contracts of over £2 million in just three years.

In part 2 of our Black History Month investor special, we...