Millions of people around the world relocate to a different country each year, whether it be for work, family reasons or for leisure – especially those entering retirement.

Which locations, though, have the most appeal? iProperty Management has examined Google’s Keyword Planner to reveal which countries around the world people are looking to relocate to the most.

Spain, a massively popular holiday and second home destination for Brits, unsurprisingly took the top spot for the most searched for country, with 690,360 searches, 37,600 of which were from UK internet users. Spain was more than 194,000 searches ahead of Canada, which came in a perhaps surprising second place.

As of 2019, Spain was home to over 624,000 foreign residents, approximately 10.3% of the country’s population total population. Spain is especially popular with those from the UK, with Brits making up 69% of expats in 2018.

The data reveals the following as the top five countries that people most want to relocate to:

Those looking for somewhere to invest in property that is sure to see demand from expatriates looking to settle down should definitely have Spain on their list, iProperty Management advises.

France and Portugal also rank within the top five, making Europe the best continent for investments. The two countries saw 484,800 and 212,280 searches, respectively.

As members of the EU, residents living in Spain, Portugal and France are able to freely travel between countries in the group, and are entitled to work and reside in these countries indefinitely.  There is, as a result, considerable movement of residents between these member states, as well as from those moving from further afield, making the region a strong one for investing in property.

However, last year, some 7.3% of France’s population was made up of non-nationals, with more than 5% being citizens of a non-EU-27 country, with a similar trend also occurring in Spain and Portugal.

According to data from France’s national statistics agency, there are currently around 31,000 Americans living in the country, although this number could be anywhere up to 100,000.

Paris, unsurprisingly, is particularly popular with expats looking for a taste of the Parisian city lifestyle, but regions such as the Dordogne, Brittany and Provence are also home to large expatriate communities, which could also make them locations that should be considered for investment.

As well as three popular European locations, English-speaking Commonwealth nations made up the rest of the top five, with Australia – in particular – long having a reputation for attracting people to move ‘down under’.

Despite the nation being synonymous with teenagers and students heading off for their gap years, it is also one of the most popular destinations for Brits looking to retire abroad.

With the Australian property market experiencing consistent growth and many specialist brokers offering services for financial mortgages, it is also relatively straightforward to purchase property in the country as a foreign investor, in comparison to elsewhere in the world, iProperty Management explains.

While the coronavirus has made overseas purchasing much more difficult – particularly in more far-flung locations such as Australia, Canada and the USA – remote, digital solutions are increasingly being used to get around these issues. There is also plenty of evidence to suggest that Brits are moving fast to get in before the end of the Brexit transition phase, when the UK will no longer be a part of the European Union infrastructure.

The team has launched the sales of the first apartments and welcomed interested buyers to view the show home at a recent event.

In line with the new Covid normal, viewings were booked by appointment-only to ensure social distancing was adhered to throughout, while hand sanitiser and face coverings were provided and information on the available apartments was shared via QR codes. 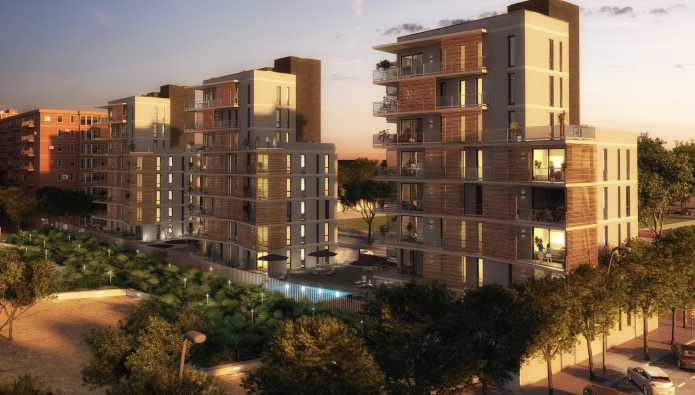 The apartments, which boast modern interiors, are aiming to set the standard for property development in Barcelona. Spacious terraces, a communal swimming pool and rooftop solarium will allow future residents of Brises Diagonal Mar to make the most of outdoor space and enjoy the city’s ‘signature sunshine’.

The development is situated only 10 minutes from Mar Bella Beach, a one minute walk to Diagonal Mar Shopping Centre and connected to the city centre by El Maresme Fòrum Metro station, with direct trains to Passeig de Gràcia in 17 minutes.

European expansion has been one of GRE’s strategic goals since 2013 and Brises Diagonal Mar is the latest phase of this. Against the backdrop of a global pandemic, the firm says that continued investment into a growing market is a positive step for GRE Assets and the industry as a whole.

Laurence El-Kassir, group commercial director at GRE Assets, said: “Spain is a core part of our international expansion strategy, so we are delighted to launch our first apartments at Brises Diagonal Mar in Barcelona.”

He added: “On Friday we welcomed potential buyers to view the show apartment, which was a great success. The team received some great feedback on the development including praise for the terraces, the abundance of natural light and its proximity to 22@, Barcelona’s technology district.” 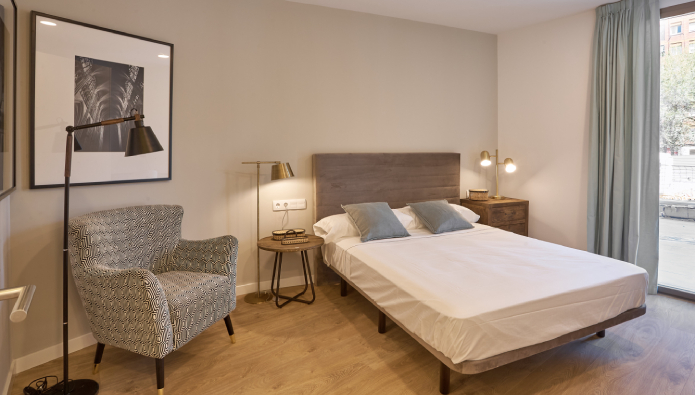 “The launch of these apartments is an important step for us as a business and given the difficulties the market has faced this year, a positive one too.”

Located in the Poblenou neighbourhood of Barcelona, Brises Diagonal Mar is set to deliver 63 two, three and four-bedroom apartments on the Mediterranean coast. The first 21 units of phase one are set to be complete by the end of this year.

Poll: Would Spain be a first choice investment destination for you?

In 2013, the United Nations (UN) revealed that over five million...