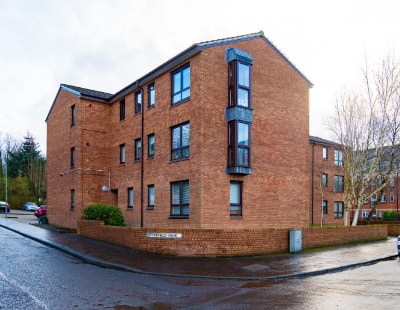 A residential portfolio comprising 118 residential properties across the Central Belt of Scotland has been sold by Places for People to private clients of Tay Letting for circa £10 million.

The portfolio consists of properties spread across eight developments in Glasgow, Edinburgh, Paisley, Rutherglen and Hamilton – with an estimated combined rental value fully let of approximately £810,000 per annum.

George Hepburne Scott, director of Savills who acted for Places for People, says the portfolio attracting considerable interest from a range of parties is testament to the growing strength of the private rented sector (PRS) market in Scotland. “The market has been driven by rising urbanisation, smaller households, and increasingly unaffordable house prices.”

He comments: “With the volatility of the stock market, and the pensions of many people at risk, we’ve certainly experienced increased appetite from investors looking to safeguard their future with credible buy-to-let investments. The demand for rental property is incredibly high across the Central Belt because of undersupply of new housing.”

How to choose a letting agent to manage your property portfolio ...

One of the key ingredients of successful property investment is ensuring...