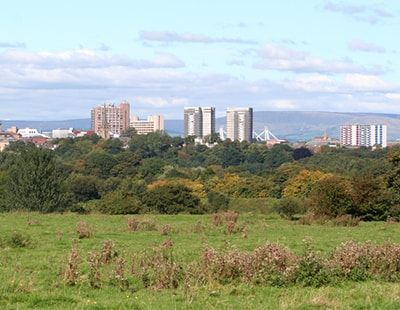 Earlier this year, we ran a number of stories on Preston’s burgeoning reputation as a property investment hotbed, including one about why the city – which only gained that status in 2002 – is perfect for investors.

Now Thirlmere Deacon Property Investment, a London-based buy-to-let and off-plan property investment specialist, has restated that belief, with the North set to benefit more than any other region in terms of average growth in rent and capital gains in the coming months.

According to HomeLet’s latest monthly index, there was a 4.2% surge in average rent in the North West in September 2020 compared to the previous year, with prices increasing from £739 per month to £770 per month. 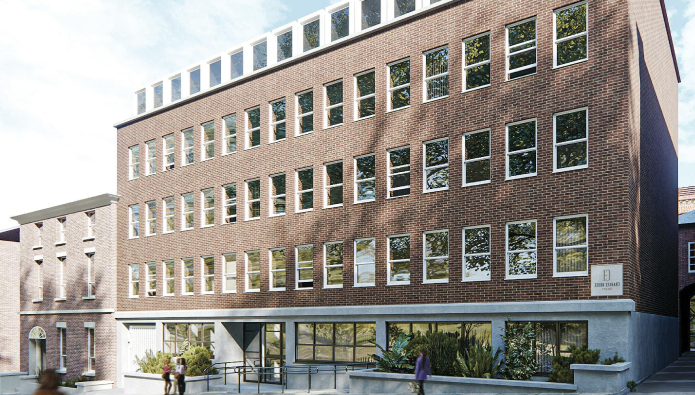 The region is well ahead of the UK as a whole, which has seen an average rise of 2.1%, while Greater London has experienced a decline of -2.8%.

Elsewhere, Savills predicts that the North West will witness around 24% price growth over the next five years, the highest capital growth of any region in that time.

Although not as well-known as its near neighbours, Thirlmere Deacon believes Preston is following in the footsteps of nearby investment hotspots, Manchester and Liverpool, which have soared in popularity in recent years as they’ve reinvented themselves from their post-industrial declines.

The population of Preston is growing more rapidly than other cities, according to the city’s council, with a population increase of 8.4% between mid-2001 and mid-2017. That’s greater than the overall North West region’s population growth, which stands at 7.2%.

The presence of the University of Central Lancashire, one of the UK’s biggest universities, is another key driver of the rental market. The establishment has a student body of approximately 33,000, along with thousands of teaching and administrative staff.

The university continues to grow, too, with a £200 million transformation plan in place for the Preston Campus. This includes several major projects, such as the Engineering Innovation Centre, which will help to cement Lancashire’s position as a national centre of excellence for advanced engineering, manufacturing and aerospace.

Thirlmere Deacon also points to Preston’s strong employment levels, with the city boasting some of the UK’s highest employment rates in recent times, at around 80%, comfortably above the UK average of around 75%.

How this has been affected by Covid-19 is unclear, but according to the Centre for Cities, Cities Outlook report for 2020 – released just before the pandemic took hold – Preston was at the start of the year in the top 10 cities with the highest employment rate in the UK. It was also the only city not within the southern area of the UK to feature in the top 10.

A few years ago, in 2018, it was voted the best place to live and work by the Good Growth for Cities Index, with the city becoming increasingly sought-after as a result.

Stuart Williams, founder and chief executive of Thirlmere Deacon, said: “Property in Preston is relatively inexpensive compared to most other cities in the UK, but prices are rising at a steady rate. Landlords are realising rental yields of over 7% in central locations which is a very solid return considering the low entry points for purchasing a buy-to-let property in the city.” 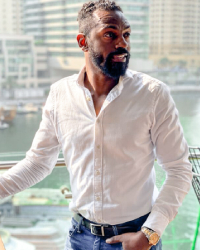 He added: “Whilst there is a considerable pipeline of exciting developments, much has already taken place and it’s already widely regarded as a model of successful urban regeneration. Preston is part of a £435 million investment, via the Preston and Lancashire City Deal, which is improving the city’s infrastructure. The city council have high ambitions for economic growth and are dedicated to ensuring 20,000 new jobs are created by 2026.”

The third largest city in the North West region of England and the largest city in Lancashire, Preston offers strong transport connections, a ‘thriving’ higher education sector and a growing economy to investors thinking about investing there.

It’s also the subject of an extensive investment programme designed to send the city into the very top of the list of the best places to live in the UK.

“Our new Preston Central Apartments are directly on Winckley Square, arguably one of the most prestigious addresses in Lancashire and one of the most popular postcodes in the UK,” Williams insisted. 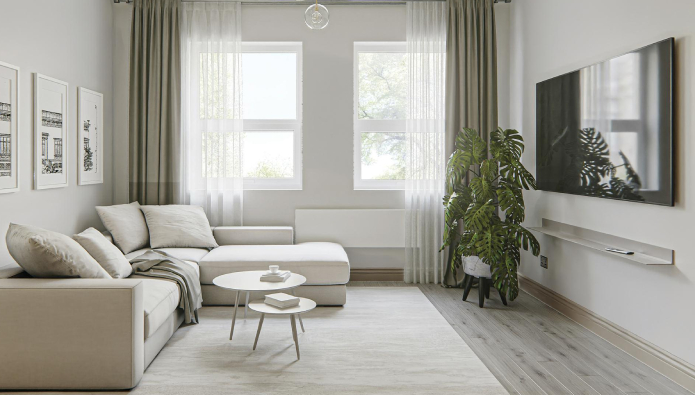 “Planning permission was granted in May 2020 to convert this former office space into a luxury apartment building and works are already underway at the 70-unit development, which is on track to complete in Q1 2022 with apartments starting at £127,000."

Williams said many investors are currently sitting with money in the bank, unsure what is on the horizon regarding the likes of Brexit and the pandemic, but argues Thirlmere Deacon is giving them a great opportunity to invest in a property development which will deliver 'a great yield on the purchase price', giving investors some real financial security in 'these uncertain times’.

The major elephant in the room at the moment, of course, is the pandemic, which – when topped up with the ongoing uncertainty over Brexit – is making many investors think twice about investing and where to put their money.

The North West has been one of the worst-affected areas in the second wave of coronavirus, with much of the region currently subject to restrictions which have been in place for some time to try and slow the spread of Covid-19 and dampen down the recent spike in infections. 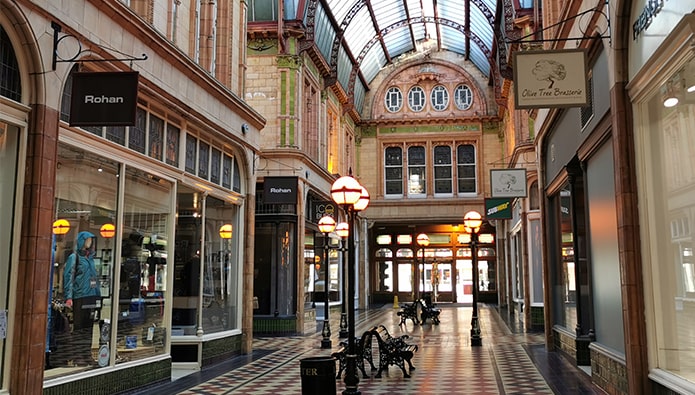 Originally, Lancashire - the county Preston sits in - was placed under Tier 2 of the government’s new three-tier approach to combatting coronavirus, or the 'high' risk category. On Friday, though, it was revealed that Lancashire would be entering Tier 3 - the 'very high' risk category - after a deal was reached with government for a financial package of support.

In return for entering Tier 3 - the tighest restrictions in England - Lancashire is to get a financial package worth £12 million initially, with an unspecified amount of funding coming later. The Department of Health and Social Care (DHSC), when announcing the measures, said:

To support the local authority during this period, the government will be providing a support package worth £12m. The government will also establish a dedicated, ministerial-led taskforce with additional funding to work with Lancashire leaders to support local businesses to recover over the coming six months.

DHSC also said the Tier 3 measures will be reviewed every fortnight to see if they are still needed. The only other region under such severe restrictions is the Liverpool city region.

Health Secretary Matt Hancock said an 'unrelenting rise in cases' in Lancashire had forced the government to act. Most of the new rules for Lancashire came into force just after midnight on Saturday.

Under the three-tier system the government announced last Monday to combat the spread of coronavirus, Tier 3 is a baseline - with new restrictions potentially added to these baseline ones.

Specific ones for Lancashire include the enforced closure of the adult gaming industry, casinos, bingo halls, bookmakers and betting shops, and soft play areas. Additionally, car boot sales will not be permitted. These rules came into force from 00.01am today.

The government also gave a summary of what Tier 3 basline rules involve. People must not socialise with anybody they do not live with, or have formed a support bubble with, in any indoor setting or in any private garden or at most outdoor hospitality venues and ticketed events. People must not socialise in a group of more than six in an outdoor public space such as a park or beach, the countryside, a public garden or a sports venue. 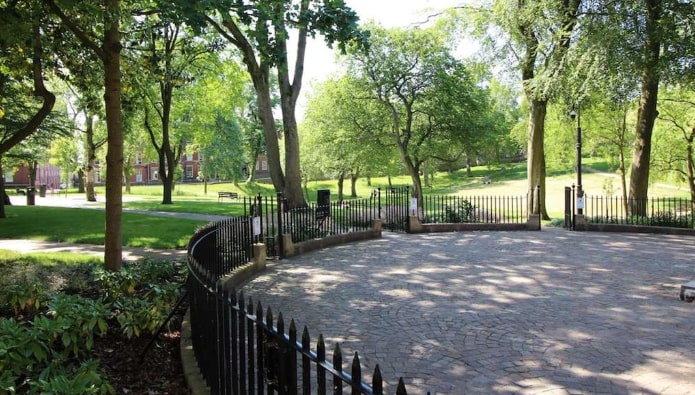 All pubs and bars must close, unless they are serving substantial meals, while people should try to avoid travelling outside the very-high alert level or entering a very-high alert level area, other than for work, education or for caring responsibilities, or to travel through as part of a longer journey.

The government recently revealed that house sales and moves can still go ahead, even in Tier 3 locations. As a result, people can still view, rent and buy homes in the highest risk category, which should help investors keen on a home in Preston to go-ahead if appropriate.

The rules have left many confused, but this Mirror article does a good job of forensically breaking down what can and can't be done in the various lockdown tiers.

The big question – is buy-to-let still worth investing in? ...

In recent years, buy-to-let investors and landlords might feel as if...