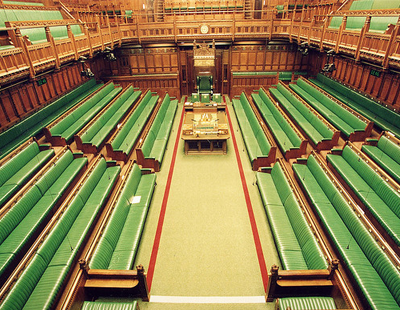 Last week, Build to Rent (BTR) trade body UKAA and design and consultancy firm Arcadis hosted a Zoom webinar focused on how the emerging BTR sector can improve its presence in the halls of power.

The hour-long webinar, titled ‘Lifting BTR in the halls of power; how the sector can elevate itself with policy-makers’, was moderated by Lesley Roberts, partner at Allsop and UKAA president. The panel included James Blakey, planning director of fast-growing BTR operator Moda, Will Waller, director at Arcadis, and Lord Gavin Barwell, Theresa May’s former chief of staff and a former housing minister (2016-17).

Here, PIT summarises some of the main points of discussion.

How do politicians see the sector?

For many, it’s still not on their radar, according to Barwell. While it might seem like the biggest thing in the property sector right now, this is far from universal among MPs who have no direct experience of housing, property or BTR being present in their areas.

“It’s growing, but it’s mostly in Central Manchester and London, and now a few other places elsewhere,” Barwell said. “There is a big job to grow awareness on a national level.”

He said there is a good knowledge in local authorities where BTR is present, and more widely at the Ministry of Housing, Communities and Local Government (which has strongly supported the sector), but that isn’t the case everywhere.

“It needs more awareness among MPs if it wants to grow and help the housing crisis,” Barwell added.

He said there is lots of coverage of BTR in the property sector, but argues that MPs won’t read that. Their perspective is only influenced by their constituency and what’s going on locally. If BTR isn’t a factor, they probably won’t be aware of it, Barwell says.

“The sector needs to work with MPs where there is already a presence or intended to be a presence. Get MPs involved,” Barwell said. “Most MPs think of the private rented sector in the traditional way – small landlords letting on an individual basis. The sector needs to engage with people individually to get them to see sites and understand BTR better.”

James Blakey believes there needs to be better education on the differences between the traditional PRS and BTR, with the latter prioritising long-term investment, lifestyle, health and wellbeing.

“It’s all about delivery,” he said. “There is the same objective for MPs and local authorities – more housing – so they don’t care how that’s done. Some local authorities are reluctant to engage, but some really get it.”

Post-Covid, he says, there will be a need for cities to repurpose, to become more diverse, and he believes BTR can play a major role in that transformation and in creating brand new communities.

Will Waller says that, at a central level, there are real examples of support from the government, ranging from funds and guidance to the Montague report, which in August 2012 reviewed the barriers to institutional investment when it comes to private rented homes.

But he argues that the product still isn’t fully understood by the whole political class, with it often being lumped in with buy-to-let.

“The sector can offer flexibility and has an important role to play in the delivery of housing, if embraced correctly,” he added.

What should BTR operators be asking of policymakers?

Waller says there needs to be more proactive engagement, driven by BTR operators themselves, as well as a more intensive look at brownfield sites for possible BTR developments.

“They could also look at SDLT relief in terms of the 3% surcharge and the incoming 2% foreign investment surcharge,” he added.

Blakey believes recognition is the biggest factor. “BTR has this tremendous offer – sustainable development, high-quality design, inclusive communities. There is a focus on health and wellbeing, creating and curating communities, with an emphasis on great spaces, internal and external.”

But he said it was ‘hugely disappointing’ that BTR wasn’t mentioned even once in the government’s recent White Paper – which, while ostensibly about planning, actually had far more to do with housing.

Is BTR too exclusive and elitist? And is BTR outside the realms of housing need?

“In the corridors of power, there is a focus on home ownership,” Barwell said. “If you take the Cameron-Osborne government, housing policy was focused almost exclusively on ownership with things like the extension of Right to Buy, Shared Ownership, etc.”

He added: “When I served as housing minister under Theresa [May], she very much had a tenure-blind policy – build more homes of all type. BTR fitted into that. This government is halfway between the two. It’s moved back towards the home ownership focus, but hasn’t gone all the way back to 2015.”

Barwell says the government needs to offer something to those who need to rent, because they can’t afford to buy right now, and BTR could help fill that gap.

“It’s not fair to say that they are not addressing the housing need at all.”

Blakey, meanwhile, points to Moda’s experiences of diverse demographics. The youngest resident at Angel Gardens, Moda’s flagship development in Manchester, is six months old while the oldest is eighty, he says.

“We also have 45% who have come from home ownership or from living with their parents. It’s also very multicultural. About a quarter of people who live in Angel Gardens are from a multicultural background, from 12 different countries. It’s about that choice, that value for money.”

In your rental package, he argues, you get digital infrastructure, facilities, 24/7 concierge and lots of amenities to improve health and wellbeing. He also insists that BTR developments do include affordable housing.

Waller says BTR can allow communities to be created very quickly, which could help the recovery from Covid where many city centres and high streets have been left deserted.

“There’s an opportunity for local authorities to partner with BTR operators to increase revenue. We’ve seen a number of joint ventures be very successful,” he argued.

Is there an appetite for private/public partnerships?

Barwell thinks the government wouldn’t be hostile to this, but aren’t pushing it either. However, with local authority partners, such a tie-up could prove very attractive if it increased the delivery of housing.

“One of my arguments for a mixed housing tenure was you need lots of different players working together, to get all types of housing over the line quicker.”

He points to the shift in retail to online as a result of the pandemic and says repurposing cities now becomes much more important, particularly in the Midlands and the North – where the Conservatives have talked so much about levelling up.

Will Moda follow the example of Grainger and Transport for London, who have agreed a joint venture to build BTR homes? (Its first 460-home scheme close to Southall station was recently given the green light).

Why hasn’t BTR grown to its expected level?

Savills expected the BTR sector to account for 200,000 homes by now, but the latest British Property Federation BTR map suggests the number only stands at just over 167,000, with only 47,754 currently complete.

“A lack of available land,” Blakey commented, when questioned on why this is the case. “We need more acknowledgement, more public partnerships. There is a combo of factors in order to do things better and quicker.”

Will a shift to suburban BTR also come about as a result of the pandemic, and the desire for gardens, more green space, and houses not apartments?

“There will be a shift towards suburban in a more serious way,” Waller said. “There are already a number of mature players in that marketplace – Sigma and Wise Living, for example.” He expects their number to grow further in the coming months and years.

Poll: Does the BTR sector need more government attention or has it already received plenty of support?

Major firms continue to invest in the PRS – what’s the latest? ...