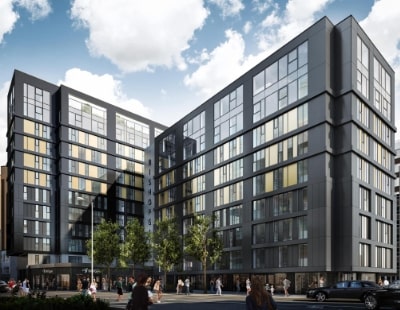 The Heaton Group, the Wigan-based property development company behind the redevelopment, has developed a reputation for sympathetic and high-quality renovations, from dilapidated office blocks to Grade II-listed buildings of historic interest.

“We enjoy bringing buildings back to life and improving the local neighbourhood,” Chris Holland, director at The Heaton Group, said. “By working with existing buildings that are in need of serious renovation, we can contribute to the ongoing investment and improvements in the city centre and at the same time create exceptional apartments in central locations for our customers.” 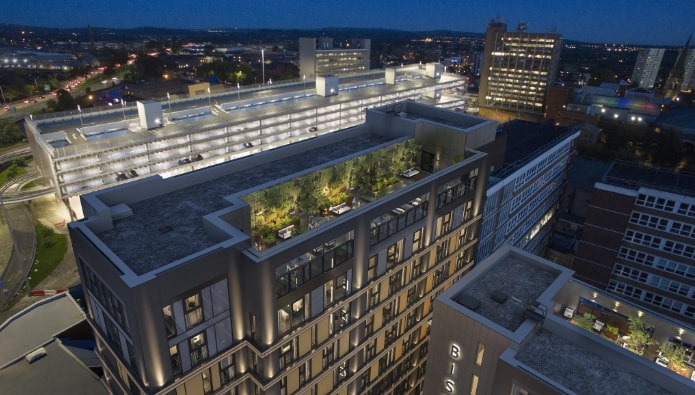 Set to open in June this year, the flagship project will include 130 luxury apartments, with on-site retail (including a coffee shop and hair salon), as well as a concierge service and seating area for residents. There will also be a shared office space.

A selection of one, two and three-bedroom apartments will be available, with options for private terraces and two-storey living. Prices are expected to start from £110,000.

As part of the redevelopment, smart technology will be incorporated throughout the building, leading to simpler management, lower costs and smarter rental options. It will also allow for remote heating access and fob access to the building.

“We expect the apartments to be popular with both the buy to live market and also with those looking to invest in Preston following the significant investment in the area,” Holland adds.

“We’ve actually put together a detailed guide to investing in Preston which you can download here.”

Holland says Preston is one of the most up-and-coming areas of the UK, with significant investment being put into the restoration, redevelopment and improvement of the city centre and surrounding areas. The property market in Preston also provides high yields and has been growing year-on-year.

“In fact, flats and apartments have grown by almost 75% in the last year, with the average price going up by more than £50,000,” Holland said. “Preston property yields are over 8% which is considerably higher than the UK average (5-6%).” 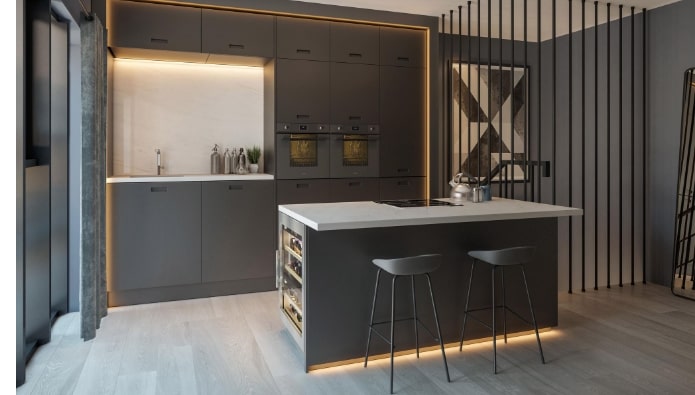 Preston has received significant investment in recent years, with £434 million ploughed into the city since 2013 in an attempt to expand and improve the infrastructure for transport, create 20,000 new jobs and build more than 17,000 new homes in the area. The local economy is expected to grow by more than £1 billion in the next decade.

Alongside this, its reputation and appeal are both improving. In November 2018, Preston was named in PWC’s ‘Good Growth for Cities’ report as ‘the most improved city’ to work and live in, while in 2019 it ranked as the best city to live in the North West, topping both Manchester and Liverpool.

On Friday, we will be exploring Preston in greater detail as part of an in-depth regional insight feature.

Highest hotel in the Alps set for December completion ...

Construction of the highest hotel in the French Alps is still...

Why the Build to Rent sector must invest in property management ...

We are all facing incredibly challenging times in light of the...