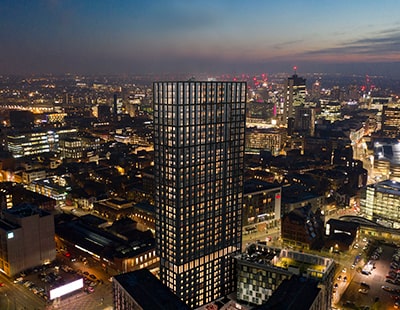 The UK is witnessing an influx of American-style purpose-built, professionally managed rental homes, according to the latest research by Savills for the British Property Federation (BPF), with the number of homes designed and built specifically for rent having grown massively in the last 12 months.

The Savills analysis for BPF, drawing on data from Molior, found that the number of Build to Rent homes has ‘jumped hugely’, with 150,000 now in planning, under construction or completed.

What’s more, there has been a 51% surge in the number of completed Build to Rent homes in key regional cities, with Manchester, Birmingham, Liverpool, Leeds, Glasgow and Sheffield leading the way.

Build to Rent homes are typically apartment blocks with add-ons such as a hotel-style concierge and on-site management, as well as shared amenity spaces such as gyms and residents' lounges.

While this type of professionalised rented housing is well-established in North America, where it is known as 'multifamily' and has been around for decades, it’s a relatively new phenomenon in the UK.

It’s thought to only make up around 2% of the overall private rented sector, but it is also the sector’s fastest-growing trend.

When broken down on a regional basis, Manchester and Salford lead the way, with nearly 23,000 properties either completed or in the development pipeline. Birmingham, meanwhile, almost doubled its pipeline from 4,800 homes to over 8,000, with Leeds, Liverpool, Glasgow and Sheffield all seeing a major uptick in activity as well.

Savills conducts a quarterly report on behalf of the British Property Federation, a trade body for the property industry whose Build to Rent map plots schemes across the UK aimed at the institutional investment market.

Examples of recent Build to Rent projects to launch include: Clippers Quay by Grainger plc in Salford, a 614-home scheme close to MediaCityUK, the largest open development outside of London; Angel Gardens by Moda Living and Apache Capital Partners in Manchester city centre, next to the new Amazon HQ, which offers 466 homes; and Allegro by LaSalle Investment Management, a 603-home scheme opposite the planned HS2 terminal in Birmingham, the city’s largest BTR development by number of homes.

Other examples include The Mercian by Moda Living and Apache Capital Partners, a 481-home scheme and Birmingham’s tallest residential tower under construction (42 storeys), which is funded by Goldman Sachs' first ever BTR development loan, and Brook Place by Grainger plc, a 273-home development that is Sheffield’s first BTR scheme to open.

“Given the wider investment landscape and the state of the traditional private rented sector in the UK, it's no surprise that Build to Rent continues to attract interest from both investors and consumers. The under-performance of traditional investments such as sovereign bonds has encouraged institutional investors such as pension funds and insurers to look at emerging asset classes like BTR for long-term steady income streams to match their liabilities.”

He added: “We've seen healthy demand at our first building to open, Angel Gardens, and we see regional BTR going from strength to strength, buoyed by strong fundamentals and a renewed political focus on powering up the UK regions.” 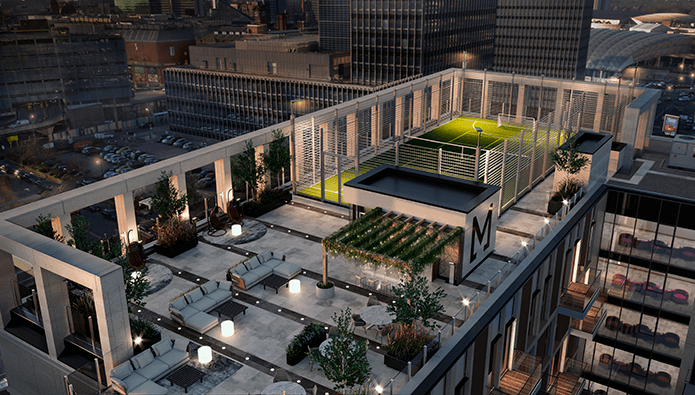 Pete Ladhams, managing director of BTR specialists Assael Architecture, which has designed BTR projects for L&G, Grainger plc and Essential Living, said: “The meteoric rise of Build to Rent in the UK last year shows the appetite for genuine alternatives within the rental market. As residential housing shifts towards being more service-led, rental properties are offering residents far more than just a home. With a range of amenities, building-wide social initiatives and boasting great locations, BTR is showcasing what a more professional, secure and high-quality rental product looks like.”

Franz Doerr, founder and CEO of deposit alternative provider flatfair, also commented: “These figures show the demand for professionally managed rental housing that makes the entire experience seamless. As people rent for longer periods, there will be an increased focus on service, and Build to Rent housing is leading the way. As more units come online, service will be the differentiating factor between developments, and those that embrace the technological solutions that make things easier for tenants will thrive.”

Some £273.8 million was invested into the UK’s Build to Rent sector in Q4, bringing the total investment in 2019 to £2.4 billion, according to the latest research from global real estate firm CBRE.

The CBRE UK Multifamily Investment MarketView for Q4 2019 found that, while full year total investment was down 22% from 2018, the outlook for 2020 is favourable. There is some £1.5 billion worth of deals currently under offer, illustrating the continued high demand for the sector.

Most of the transactions in Q4 were forward funding deals, with the remainder in portfolio sales. Investment was roughly evenly split between London and the regional centres.

James Hinde, a director at CBRE said: “Transactions for the second half of 2019 have been subdued compared to the last two quarters of 2018, most likely as a result of market uncertainty around the general election. This does not tell the full picture though and with the number of deals currently under offer standing at around £1.5 billion, this suggests a different, and much more positive story going into the beginning of 2020.”

He added: “Indeed, there are some very significant deals throughout the UK, but particularly in the regions, with due diligence well progressed, which suggests that 2020 could be a record year for investment.”

Of particular note in Q4, he said, was Grainger’s continued investment into the sector with three further transactions – a third forward funding deal in the Hallsville Quarter development in Canning Town, and two deals in Cardiff and Sheffield, ‘which indicates that appetite remains strong despite the disappointing volumes of transactions in the investment market’.

Moving into 2020 and beyond, Hind believes the Build to Rent market looks likely to continue its rapid expansion, especially with more and more developers considering it as a viable exit.

“This should further boost investment, encourage new entrants into the market and should help alleviate the pressures of the demand/supply imbalance,” he explained. “In addition, 2020 could see the first few valuations of ‘true’, operational BTR investments as they begin to trade in the market.”

According to CBRE’s annual UK Real Estate Market Outlook, the UK Build to Rent sector continues to attract substantial investment. CBRE forecasts that total residential investment will grow by around 30% in 2020, with demand being driven by an increasingly diverse investor base from both domestic and overseas institutions.

Additionally, a subdued sales market is set to persist in 2020, meaning Build to Rent will be the preferred disposal route for many developers.

Affordable housing providers are becoming a highly competitive force in the market, and will continue to invest in the sector throughout 2020, CBRE concluded.

Poll: Is Build to Rent the future of the PRS?

The latest Build to Rent (BTR) data from the British Property...