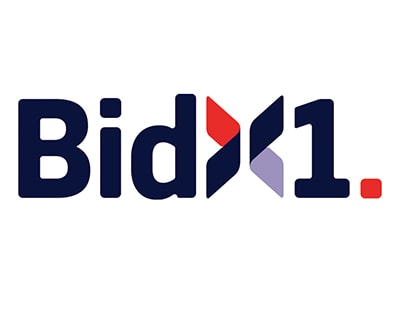 The December catalogue attracted visitors from all over the globe, resulting in 889 bids being placed on 27 lots throughout the sales period. Of the bids placed, 23% were generated through BidX1’s auto-bidding feature.

One of the most popular lots from the sale was Lot 9, a freehold three-storey house on Friern Road in East Dulwich, London. The property was listed at £600,000 and received 92 bids before selling for £973,000 – achieving 62% over guide price.

Additionally, BidX1 recorded growth in traction throughout 2019. Its UK arm saw an increase of 111% in database subscribers, a 78% rise in registered bidders and a 335% jump in bids placed on the platform when compared to 2018 statistics.

“This year has also seen the successful growth of our global digital marketplace, as BidX1 moved into Cyprus and Spain. The geographical expansion built on our success in Ireland, South Africa and the UK and in October we held sales events across all five operating territories. This attracted three million visits from over 180 countries with over 5,000 bids being placed, resulting in almost £34 million being raised in three weeks.”

He adds: “We look forward to 2020, as the combination of data and expertise at BidX1 will continue to take our offering from strength to strength, building on our success to date.”

BidX1 sold a number of standout properties throughout the year which achieved significant results. In February, a freehold residential building with planning permission for 8 units in South Croydon’s Addington Road sold for £1.4 million against a guide of £1.2 million.

Its October sale saw the digital hammer come down on two grand lots. The first was a Grade-II listed manor house, Armley Grange, set in 1.26 acres of grounds in Leeds, which sold for £595,000 – a figure £245,000 above guide price.

Digital auction house BidX1 sold a record £15.4 million worth of...