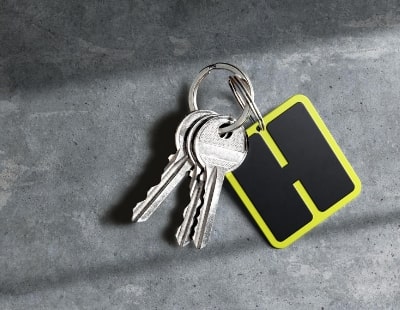 Airsorted, the London-based professional hosting company, has revealed its new brand identity: Houst, which it says marks a significant step in the evolution of the business, and recognises the growing number of platforms now used by owners to secure short to mid-term lettings for their properties.

The new name and visual identity were designed by brand consultancy Ragged Edge, with Houst’s ambition to be seen as a vital partner to property owners, rather than simply a service provider.

Its new tagline – ‘the home of opportunity’ – aims to display both its ‘unique management model and the potential it offers users’.

In 2019, while still known as Airsorted, the company supported hosts in 20 cities across 11 countries, achieving more than 250,000 bookings and generating a total revenue for hosts of more than £90 million.

The company was founded in 2015 and claims it has helped Londoners in particular, enabling them to let their properties out on average for 63 days a year and earning £6,894 as a result.

But it hasn’t been without controversy. As Airsorted, it described itself as ‘the world’s largest management company for Airbnb and more’ - a claim that was challenged by rival firm Hostmaker, leading to a ban on the wording by the Advertising Standards Agency.

This claim is no longer repeated in the announcement of its new name, calling itself ‘the biggest player in the professional hosting space’ instead.

James Jenkins Yates, founder and chief executive of Houst, said: “We’re proud to have established the category of host-management, defining the standards of great hosting including five-star housekeeping and thorough guest-vetting.”

He added: “When we launched, we were understandably focused on the huge opportunity that Airbnb presented to hosts and guests. Now, the market has evolved and so has our proposition – hosts can list their properties on a range of short to mid-term lettings platforms. As such, we have rebranded to clearly communicate this evolution and the huge opportunity that exists for all hosts.”

Jenkins Yates said the company wants to continue to innovate and build on the success it's seen to date. “We think there’s a huge opportunity to unify the industry and position Houst as the global home of hosting. This will mean we will acquire some of the smaller to medium-size players in key markets alongside us continuing to build strong partnerships with our hosts.”

In other short-let news, the UK Short Term Accommodation Association and Association of Scotland’s Self-Caterers revealed earlier this week that they have sent a joint letter to Scottish Housing Minister Kevin Stewart in response to upcoming regulations recently announced for the short-term lettings sector in Scotland.

There are five key points that both associations have asked for further clarity on:

• A clear definition of what is, and what is not short-term letting activity – to ensure that boundaries are clear for those operating in the short-term and long-term rental sectors, and to make sure the associations can properly understand the target of these regulations.

• The proposed licensing regime – more details are needed on the criteria, the proposed duration of licences, the administrative processes that operators will need to follow, and the associated guidance that must ensure consistency and proportionality across Scotland.

• The costs of the licensing and planning permission system – ensuring that these are truly proportionate to the costs of administration and set at a level that does not unduly burden those who are renting very infrequently, or that layers further expense on established businesses who are already making a contribution to local authorities.

• How control zones will be defined – what evidence will be needed to justify their introduction, and how they will be reviewed, and what policy responses to those zones are appropriate and proportionate.

• The interplay between regulation and taxation – recognising the potential of the short-term rental sector as a source of tax revenue for the government, while also acknowledging that unduly restrictive regulation of the sector may discourage activity, leading to a reduction in tax revenues. Further analysis is needed to ensure that interventions like changes to business rates and new tourist levies and taxes do not result in unintended outcomes.

Both associations say that they believe constructive dialogue between the industry, government and local communities can result in regulations that balances the needs of residents and supports tourism, one of Scotland’s most important industries.

Part-time property rentals in the capital are thriving – a good thing or damaging? ...

An Airbnb management company has claimed that part-time property rentals are...

The effects of coronavirus on the short-lets market is continuing to...