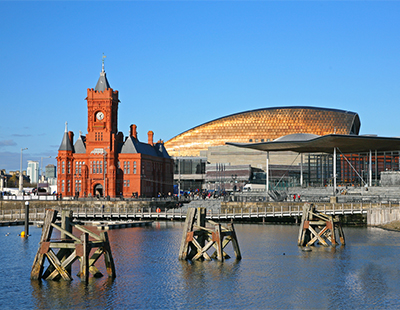 Cardiff may be small, but those who know the city would probably agree that it’s perfectly-formed and it’s certainly a great place to spend your student years.

Between them, the city’s three universities educate about 43,000 students each year, of whom about a fifth are from outside the UK.

Currently there are 2.5 students for every one Purpose-Built Student Accommodation (PBSA) room, which means that, whether they like it or not, the majority of students have to find accommodation in the mainstream private rented sector (some may be able to live at home, but this is only likely to be an option for a very small minority).

With such a large, effectively captive, market, plus high demand from other demographic groups such as young adult professionals, there is little incentive for landlords to compete for student tenants, especially not those on the tightest of budgets.

Some HMOs in Cardiff are actively unsafe

Cardiff Council inspects all HMOs once every five years. Since 2014, these inspections have resulted in no fewer than 54 individual prosecutions with a total of 80 HMOs being found to have fallen below licensing standards.

In particular, there were 67 instances of electrical and/or other fire hazards, 44 instances of damp and/or mould and 35 instances of HMOs being found to be vulnerable to unauthorized entry. This last point is not just a burglary risk; it’s an overall security risk.

While some of this disparity can be accounted for by the fact that PBSAs are developed and run with university oversight, whereas HMOs are not, some of it reflects the fact that PBSAs are, literally by definition, created with students in mind and are therefore tailored to suit their needs and, as far as possible, their wants.

What’s more, PBSAs provide a secure environment for young adults, many of whom will be living away from home for the first time. Their very nature provides an in-built support network of peers and staff which can prove invaluable both emotionally and practically.

In an ideal world, students would have (at least) two high-quality options from which to choose.

Not only are students all individuals, they develop as individuals during the course of their time at university (and indeed beyond), which means that what is perfect for one student at one time may not suit another student at the same time or that student at another time.

That’s why choice matters. Right now, however, students in Cardiff really do not have much in the way of choice, due to the dire shortage of PBSA accommodation.