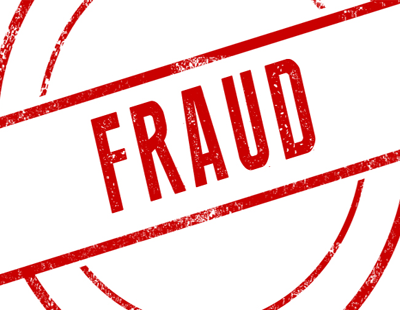 Following on from our recent article about the average property scam costing victims more than £107,000, fresh research from fraud prevention service Cifas has revealed that there was a 5% rise in mortgage fraud in the first half of 2019 compared to the last six months of 2018.

The research conducted by Cifas and WPI Economics also found that people in the 35-44 age category were more likely to think that exaggerating their income on their mortgage application was ‘reasonable’ than any other age group. Overall, some 13% of British adults think it’s reasonable to exaggerate income on a mortgage application.

On a regional basis, meanwhile, the West Midlands witnessed the highest growth in fraudulent mortgage applications, standing at 43%, while cases in the North East rose by a third.

With the above in mind, Cifas is urging people to stop, think and consider the serious consequences of making false claims in mortgage applications.

One possible consequence of a person taking out a mortgage based on a false income is that they will be unable to repay the debt at a later point. Other consequences for those who falsify or alter information on their mortgage application include being blacklisted for future product purchases, or even more seriously being reported to the police for investigation. This could, in turn, end up leading to a criminal conviction and even a prison sentence.

“It’s easy to assume that making exaggerations to improve the chances of your mortgage being approved is harmless, but the reality is that this is fraud and the consequences can be very serious,” Mike Haley, chief executive of Cifas, said.

Haley said mortgage providers now carry out rigorous checks, which means exaggerating your income or withholding any change of circumstances could result in it being harder to secure financial products like mortgages and loans in the future.

“In more serious cases, this kind of fraud could result in a hefty fine or a prison sentence, or the possibility of losing your home,” Haley added.

James O'Sullivan, policy manager for the Building Societies Association, said a mortgage is a significant financial commitment and it’s therefore essential that applicants are honest about their personal circumstances. “There are many risks inherent in being less than honest, not least that the borrower finds themselves unable to pay because a realistic affordability assessment was not possible or that, when caught, offenders struggle to get future credit.  It is far from being a victimless crime and is something that lenders take rigorous action on.”

“Mortgage applications may not traditionally be the area you’d associate with fraud; this significant increase shows that it is a vulnerable sector of the market. And while lenders and brokers will never stop people trying to commit fraud, they can stop them succeeding by ensuring their KYC [know your customer] processes are fit for purpose.”

Cheek added: “All mortgage fraud – whether that is to exaggerate income to get a better deal, or for more sinister reasons such as money laundering - has been perpetrated on the back of forged documents, but there has never been a fraudulent case linked to electronic verification.”

He said that’s because electronic identification offers the most efficient and reliable way to check if someone is who they say they are and their documents are real.