In the latest part of our series focusing on London’s regeneration hotspots, Property Investor Today zones in on the ongoing transformation of Elephant & Castle.

Elephant & Castle is without doubt one of London’s most intriguing areas. The name alone generates plenty of interest (most say it’s derived from an old coaching inn frequented by ivory merchants, although there is a story suggesting it came from confusion over the pronunciation of Charles I’s Spanish princess), while its current £3 billion regeneration continues to pose more questions than answers.

Arguably one of the capital’s most distinctive locations – quirky and characterful or a chaotic eyesore, depending on your viewpoint – it remains defined by the brilliantly tatty and ramshackle Elephant & Castle Shopping Centre, the magnificent Metropolitan Tabernacle (a Baptist church whose original structure dates back to 1650) and the incredibly busy road junction which the area is built around, bringing with it a constant thrum of noise.

But it’s far from the prettiest or most cohesive part of London, and in many ways seems tailor-made for a revival.

Southwark Council is leading the regeneration programme, which aims to ‘create a new exciting destination for London over the next 15 years’. It’s set to include the creation of a new pedestrianised town centre, market square and 5,000 new or replacement homes, as well as the creation of up to 450,000 sq ft of retail space, an integrated public transport hub and new green spaces.

More than 5,000 new homes are set to be built by 2025, with at least 1,650 of these homes designated affordable. The current shopping centre – run-down but much-loved - will be completely demolished under the council’s plans, making way for the new, pedestrianised town centre and market square.

Over £240 million is set to be invested in education and culture, while a £20 million, state-of-the-art leisure centre was completed in April 2016. Additionally, more than £140 million has been set aside for transport improvements – which are either completed, ongoing or planned.

The regeneration of Elephant & Castle really got started in November 2014 when the former Heygate Estate was demolished to make way for a new site – now known as Elephant Park – which is being redeveloped by Lendlease into 3,000 brand new homes, a new park (Central London’s largest for 70 years), retail space and community facilities.

Once fully complete in 2025, it will be the UK’s first Climate Positive scheme. Over 1,200 new trees will be planted, more than 3,000 new cycle spaces created and the Energy Hub will be on hand to provide net-zero carbon heat and hot water to all homes at Elephant Park.

Separately, there are a number of private development schemes – including Strata Tower, Dashwood Studios, Printworks and O-Central – which have provided new homes for buyers, students and tenants.

There is also Elephant Central – a 374-home scheme from Build to Rent provider Get Living, with a one-bedroom flat starting at £1,855 a month – and UNCLE Elephant & Castle, the UK’s tallest rental building, which offers tenants co-working spaces, an on-site gym, a 45th floor Sky Lounge, and a 24/7 live-in management service.

The 279 one and two-bed apartments firmly fit into the luxury category, with prices starting from £2,300 per month.

The new developments – mostly modern glass and steel buildings – sit alongside older existing buildings that have seen better days, making for an interesting but far from visually pleasing skyline.

What are the issues?

One of the major parts of the regeneration project – the demolition of the shopping centre - has been frustrated by opposition and planning application issues.

After a formal planning application was submitted in October 2016, Southwark Council’s cabinet considered reports on the next phase of the town centre regeneration, carrying out further equalities analysis of the shopping centre and appointing an independent and relocation business adviser to help support the independent businesses in the shopping centre.

A package of measures to ‘support relocation and mitigate the impact of the closure of the shopping centre on local traders and residents’ was set out.

The plans to demolish the shopping centre – which drew significant opposition from community organisers and the many business owners in the area – were finally formally approved by London Mayor Sadiq Khan in December 2018.

It gives the developer, Delancey, the permission to build new retail units, nearly 1,000 new homes (35% of which are earmarked as genuinely affordable), a new Tube station entrance and a new university campus.

Although City Hall said it had ‘secured an unprecedented level of support for traders affected’, campaigners against the demolition said traders hadn’t been consulted enough.

Patria Román Velázquez, founder of campaign group Latin Elephant, said at the time it was ‘a sad and grey day for our communities’.

“It saddens me profoundly to witness the consequences of such a decision,” she added. 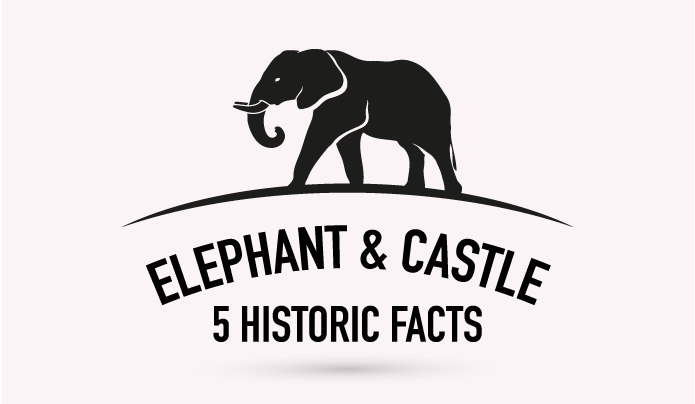 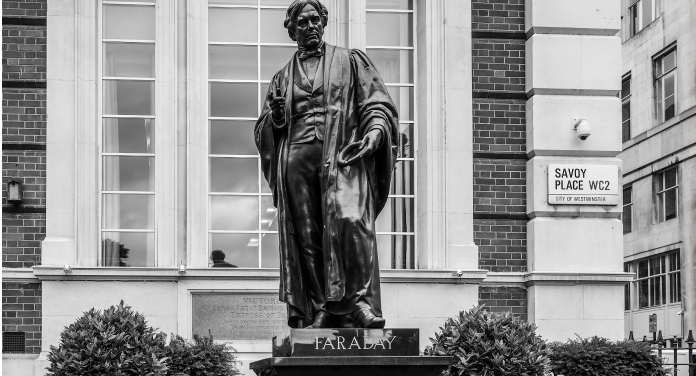 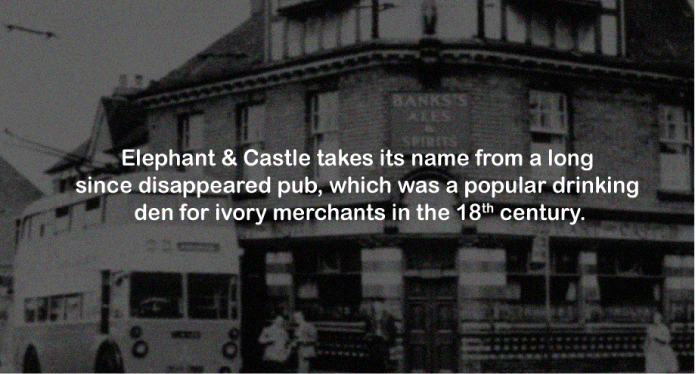 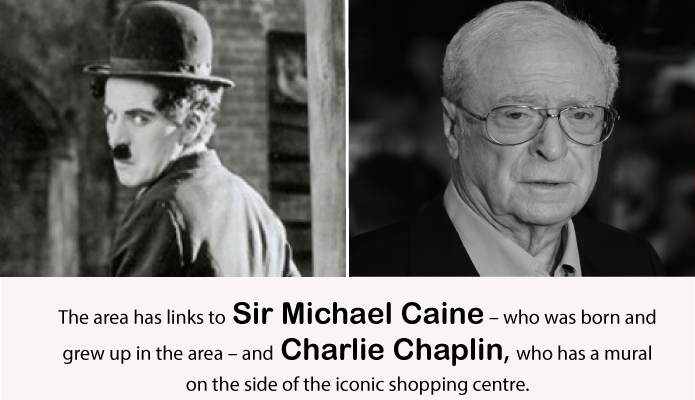 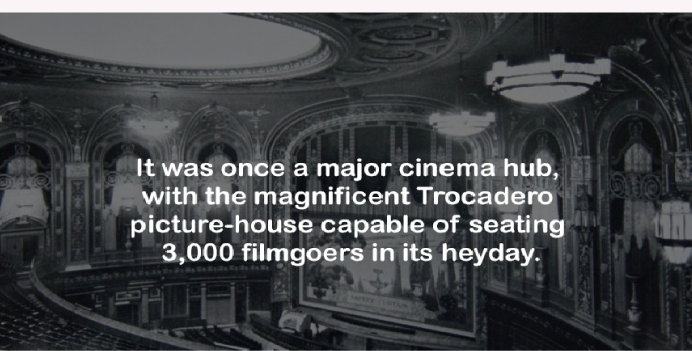 The shopping centre, housing a mix of restaurants, cafes, shops and stalls, with further restaurants and market stalls on its fringes, plays host to traders from Guyana, Nigeria, Thailand, Colombia, Ecuador, Jamaica, Peru, Venezuela and Dominica. It’s arguably London’s most multicultural shopping centre and it’s where these traders will be rehoused that is causing most of the opposition.

Walking around the shopping centre of an evening, there are no signs of the forthcoming demolition – with people milling about and most of the shops, stalls and restaurants still trading. The demolition has been slated since 2016, but High Court challenges and disputes have kept it at bay.

A judicial review of the shopping centre redevelopment plans was initially due to start in July, but was postponed to October. The whole scheme could be called into question if concerns over the lack of affordable housing and impact on local small businesses aren’t eased.

The iconic shopping centre – with its famous pink elephant and castle statue standing tall outside – is currently receiving a prolonged stay of execution, in a sign of David giving Goliath a very hard time.

A return to the past?

The attempts to gentrify and regenerate an area which has become synonymous with shabbiness could actually be an effort to return it to its former glories. It was once known as the ‘Piccadilly Circus of south London’ thanks to its varied transport links and reputation as a cultural, shopping and leisure district.

It was the place to be for film-lovers, home to the 3,000-seat Trocadero and the 2,000-seat Coronet cinema, and had the glitz and glamour of large department stores such as William Tarn and Co.

Transport links were also a big part of Elephant & Castle’s boom. The railways first served the area in 1863, while the Tube arrived in 1904 when it was chosen as the southern terminus for the Bakerloo Line (a title it still holds to this day).

While the area is still a major transport hub – with roaring traffic through its enormous roundabout and strong rail links – it declined significantly after heavy Nazi bombing during the Second World War, quickly becoming a far cry from its early 20th century heyday.

What is the makeup of Elephant & Castle?

The area has one of the largest Latin American communities in London – in evidence everywhere with all manner of cafes, restaurants and shops – as well as strong links to the Caribbean and South East Asia.

One of the biggest criticisms of the regeneration project is the threat of ‘social cleansing’ and over-gentrification as poorer existing residents are pushed out by unaffordable rents and house prices.

There are an increasing number of young professionals moving to the area, drawn by the luxury renting opportunities and glossy towers. You can see the move to Shoreditch-like territory, with trendy restaurants such as Theo’s moving in and the arrival of London’s first Mercato Metropolitano.

The uber-hip 45,000 sq ft market, built on the site of a disused paper factory, includes a range of stalls selling locally-sourced, sustainable food from around the world – from Italy and Japan to Germany, the West Indies and Argentina.

While there’s nothing wrong with targeting a cool young crowd, or seeking to make Elephant & Castle a more aesthetically pleasing place to live, if this comes at the cost of removing the character and diversity built up over many years the debate over how to regenerate without gentrifying rears its head again.

Elephant & Castle, despite its shabbiness, oozes character – and the danger of turning it into another Shoreditch or Hackney is that it loses its authenticity and eccentricity along the way.

This series will return on October 16 with an in-depth look at the £3.5 billion Royal Docks regeneration area