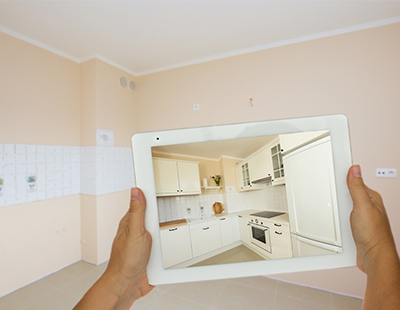 The commitment of landlords and property investors to improving properties has contributed towards a drastically improved standard of rental accommodation in recent years, according to a new report.

The 'Unlocking value: The role of refurbishment in buy to let' report, published by InterBay Commercial, reveals that 70% of landlords who recently undertook a refurbishment did so to improve their property for presentation or the quality of accommodation for renters.

Meanwhile, 45% of the 700 investors and landlords surveyed said they made the improvements to increase their property's capital value or yield.

The report cites official figures which show that the proportion of private rental homes in England deemed non-decent has fallen for ten consecutive years, down to 24.5% last year from 44% in 2008.

It notes that this improvement of standards has occurred while the sector has undergone significant growth, swelling by approximately 45% (1.5 million homes).

These higher accommodation standards have led to some 84% of tenants saying they were satisfied with their current property as part of the latest English Housing Survey.

The survey of landlords found that many take a 'little and often' approach to refurbishments, with fewer investors carrying out costly works to add value or convert a property.

Improving a property can generate positive results for landlords as 74% of participants said their refurbishment enhanced the property's value, while 82% said it allowed them to increase rents.

The average rent for a refurbished property increased by £81 per month, equivalent to 8%. The study found that the typical refurbishment added £13,000 to the value of a rental property.

Landlords who undertook a more substantial refurbishment estimated that it increased the value of their property by 9%, equivalent to £20,000.

The report suggests that a light refurbishment adds around £9,000 in value following an outlay of £7,000. Meanwhile, a heavy refurbishment involves an average spend of £40,000 with a typical value increase of £96,000.

"It may be an easy target for political point-scoring, but the private rented sector has been a success story since the financial crisis, catering for a growing proportion of the population that either cannot or chooses not to purchase a home," explains Darrell Walker, head of sales at InterBay Commercial.

"As the PRS has grown, it has also professionalised. As it has done so, the standard of accommodation for tenants has improved drastically too."

"Refurbishment has been central to this improvement. It is a win-win for tenants and landlords. Tenants see better quality accommodation, while landlords improve the rent they receive and maximise the value of the property," says Walker.

"And with interest rates still bumping along the bottom, those borrowing to support refurbishment can access historically cheap funding to enable improvement works."

He says, however, that continued investment from landlords is not a 'foregone conclusion' and that the government must support the sector rather than undermine it.

"Landlords have been buffeted by the headwinds of policy change since 2015, and costs have risen for investors."

"Should this rate of change continue, it will weigh on landlords’ decisions to spend more on their portfolios, and risks undermining a decade of progress," Walker concludes.

Landlords need to be aware of the finance options available to...

Specialist lender InterBay has reduced rates across its commercial and semi-commercial...