The seemingly relentless expansion of the Build to Rent sector across the UK shows no signs of slowing down, with the announcement of two further developments in Cardiff and Doncaster.

Legal & General, a major player in this emerging market, recently announced that it had exchanged contracts to complete the largest privately funded development in Wales, Cardiff Central Square, in partnership with the Welsh Government and Rightacres Property.

Spread over 500,000 sq ft, the final major element of the £400 million regeneration scheme will include 318 Build to Rent apartments, 100,000 sq ft of Grade A office space and the ‘much-anticipated’ new bus station. It will be the largest Build to Rent scheme yet in Wales.

Dan Batterton, head of Build to Rent at LGIM Real Assets, said: “With Cardiff’s population expected to grow significantly over the next 20 years, increasing pressure is being put on its housing provision and infrastructure. We are delighted today to announce Wales’ largest Build to Rent scheme, which will help to address the growing challenges, offering high-quality, affordable homes on long-term flexible leases for elective renters.”

He added: “The delivery of high-quality developments with vibrant communities is becoming more and more important. This latest project is the perfect example and will have a positive long-term impact for Cardiff and the South West more widely, maximising our existing infrastructure and supporting economic growth and job creation.”

Tom Roberts, head of strategic investment at LGIM Real Assets, said that ‘rising to the challenges faced by modern cities’ requires a next level approach to urban regeneration.

“To meet the expectations of modern city-dwellers and to improve their quality of life, developments must be genuinely mixed, offering a range of residential and work space, alongside infrastructure improvements,” he said. “Legal & General is committed to funding and delivering this kind of sustainable developments and we are activity identifying further opportunities in the South West, alongside today’s announcement in Cardiff.”

Overall, Legal & General is delivering 868 Build to Rent homes in Bristol, Bath and Cardiff, as well as around 300 homes with its first urban retirement living scheme in Bath.

The firm’s ultimate aim is to create over 13,000 jobs, thousands of homes and improved infrastructure in the South West and Wales, through major regional regeneration schemes in towns and cities such as Bath, Bristol, Swindon, Weston-super-Mare and Cardiff.

In May this year, Legal & General announced its largest Build to Rent scheme to date in Wandsworth. It now has a pipeline of almost 5,000 Build to Rent homes across the country, with its first scheme in London – Blackhorse Mills in Walthamstow – set to open in autumn this year.

It also has schemes in Brighton, Glasgow, Chelmsford, Leeds and Birmingham, and has its own specialist Build to Rent Fund, launched in 2016, which aims to ‘develop a portfolio of purpose-built private rented residential accommodation in the UK to hold for the long term as a source of stable cash flow and capital preservation’.

Meanwhile, a leading investment company recently announced that it has completed the purchase of a site in Watch House Lane, Bentley, Doncaster. The land, bought by Godwin Capital, has been acquired to create Build to Rent homes for the local community. 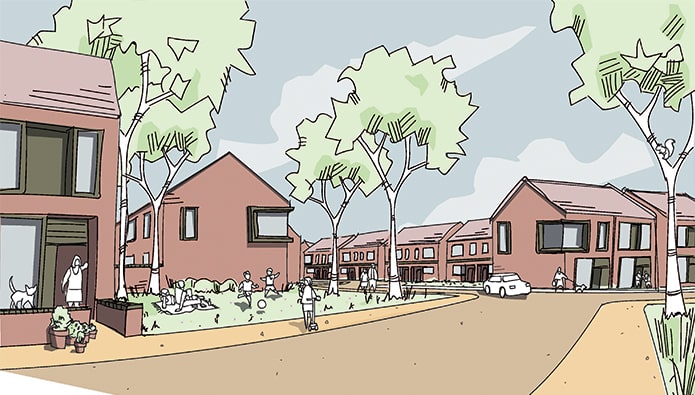 “This is an important scheme for us to develop 60 two and three bedroom houses specifically for the rental market,” Andrew Mitchell, group investment director at Godwin Capital, commented.

“The UK is currently experiencing a housing shortage crisis and this investment will bring much-needed housing stock to the local area and community. It will be our first investment in Doncaster delivering quality family homes specifically for rent.”

He added: “We are keen to engage with companies and land owners who are seeking joint venture opportunities, bringing together our investment expertise and third-party development sites.”

The above investment follows a period of sustained growth for Godwin Group which included the launch of its London office last year.

Godwin Capital’s head office is in Berkeley Square, Mayfair, but it also has regional offices in Nottingham and Birmingham.

Do regeneration projects need to consider their cultural responsibilities? ...

In the last few months, Property Investor Today has run a...