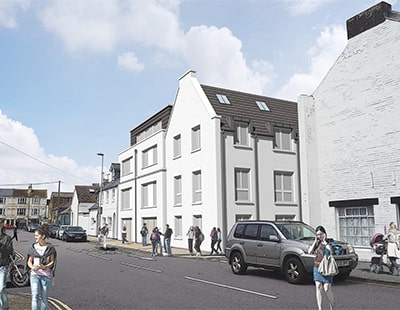 The 105-109 Montague Street redevelopment, with planning consent granted for new residential and commercial use, is part of the ambitious Adur and Worthing Growth Deal regeneration programme. It will aim to provide much-needed housing ‘to a popular central location’, as well as brand new commercial space to ‘support the overall vitality’ of Worthing town centre.

Consent is already in place to demolish the existing 1960s building and replace it with a brand-new mixed-use scheme totalling over 23,000 sq ft. This will consist of 26 residential units – a mix of 6 studios, 12 one beds, 6 two beds and 2 three beds – as well as 4,025 sq ft of ground floor A1 retail space in the centre of the high street. 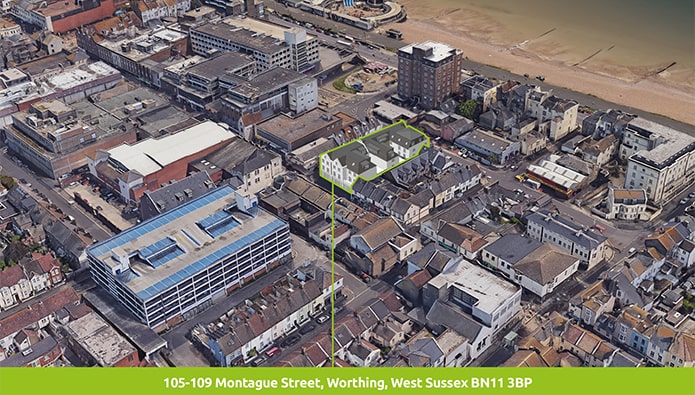 Found within the town’s main shopping precinct of Montague Street, retailers close to the site include The Body Shop, Marks & Spencer, New Look, Clarks, Argos and River Island, while the beach and seafront promenade are less than 100 metres to the south.

The Michael Jones Commercial team have recently seen an increase in demand for residential and commercial properties in Worthing, with more investment coming from national and international developers.

“We are thrilled that this triple aspect building has recently gained a planning consent to demolish the existing building and replace it with modern, sought-after commercial and residential space,” Steve Berrett, Director of Michael Jones Commercial, commented.

“This is a rare and new development opportunity in the town. Improvements are coming to the heart of the town, including works to pedestrianize Portland Road to incorporate a new continental style boulevard and interactive art features,” Berrett added. “These public realm improvements form part of the £12 million Growth Deal agreed by West Sussex County Council and WBC over the next five to ten years.”

To enquire about this opportunity, you can get in touch with Michael Jones & Company by email at commercial@michaeljones.co.uk or by phone on 01903 201 212.

A residential development site near Solihull with planning permission to build...