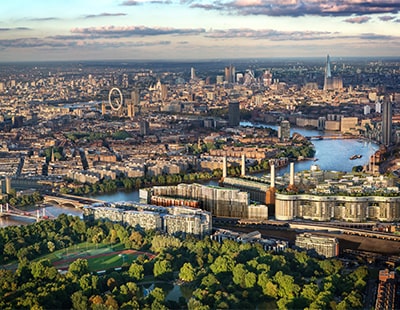 One of the defining characteristics of the London skyline at present is enormous cranes as far as the eye can see – the surest sign that a city is undergoing significant regeneration. London, of course, is always a city that is tinkering, evolving and constructing, but with a rapidly rising population – set to reach around 10 million by 2025 - the need for major housing regeneration projects has become greater than ever, and there are plenty either underway or in the pipeline.

The biggest of the lot, however – and one of the largest regeneration projects in Europe – is currently taking place in and around Battersea Power Station.

Built in the 1930s, and once responsible for powering much of the capital, Battersea Power Station has gone from industrial powerhouse to merely taking on the role of a London landmark since being decommissioned in 1983.

But for the last few years it and the areas surrounding it such as Nine Elms have been undergoing significant regeneration works as part of the Vauxhall, Nine Elms and Battersea (VNEB) area regeneration project.

Situated on the south bank of the River Thames, Battersea Power Station is a Grade II* listed structure famed for its Art Deco interiors and four chimney layout. It’s also one of the largest brick buildings in the world – made from more than 6 million bricks – and has achieved global celebrity thanks to its appearance on the cover of a Pink Floyd album and in films such as Children of Men, The Dark Knight and the Beatles’ Help!, its towering, slightly desolate presence the perfect backdrop for dystopian fiction or portrayals of Britain’s post-industrial decline. 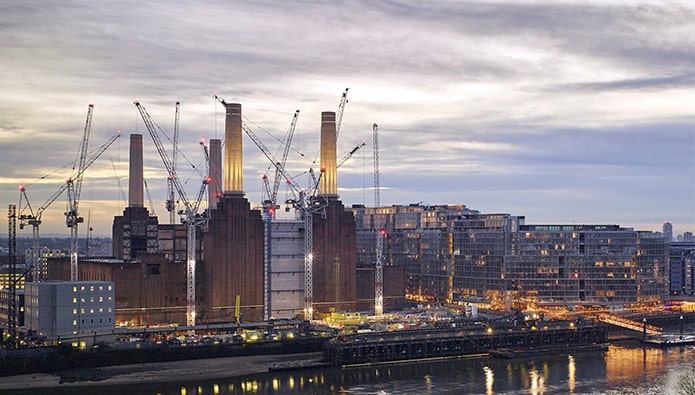 Since the early 1980s, though, it has been left redundant – until now. The journey to bring this titan of industry back into use has not been a smooth one, with a number of owners putting forward various failed redevelopment plans.

This included proposals for a theme park, a football stadium, a giant shopping centre and a chimney-top restaurant, none of which came to anything. The global financial crisis which struck in 2007-8 then scuppered efforts by Irish company Real Estate Opportunities (REO) to transform the site for public use and new homes.

The site was put up for sale again in 2011, but a large amount of existing debt and the requirement to make a contribution to the planned Northern Line extension meant it was a risky investment. However, a year later an international consortium led by Malaysian-based property development and investment businesses, S P Setia Berhad, Sime Darby, and Employees Provident Fund, took the plunge - agreeing to acquire and develop the historic site into London’s newest neighbourhood, while also finding a purpose for the derelict station once more.

Work began in July 2013, with the project being carried out in a number of phases. The first phase, Circus West Village – with apartments housing more than 1,000 people, as well as shops, cafes and restaurants – opened in the spring of 2017. 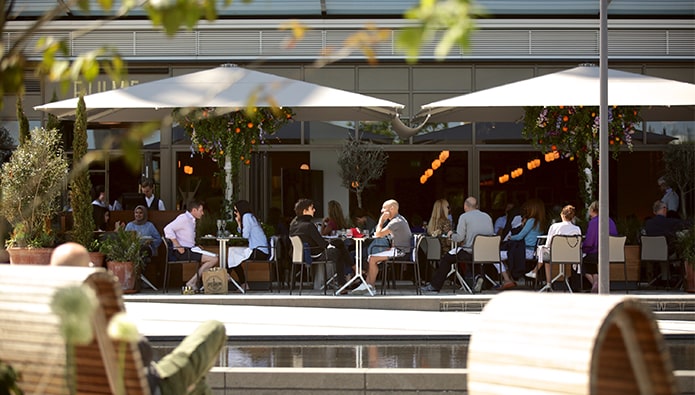 The next parts include the opening of Battersea Power Station itself and the Northern Line extension (both anticipated to be ready by mid-2021), plus the construction of a new high street behind the station, known as Electric Boulevard, which will include shops, cafes, restaurants and around 539 new homes designed by Foster + Partners and renowned architect Frank Gehry.

The revamped power station, once open, will comprise three floors of shops, bars and restaurants, including one floor entirely dedicated to food. There will also be a boutique cinema, a 1,500-capacity event space, 450 metres of riverside frontage and a six-acre power station park beside the Thames. 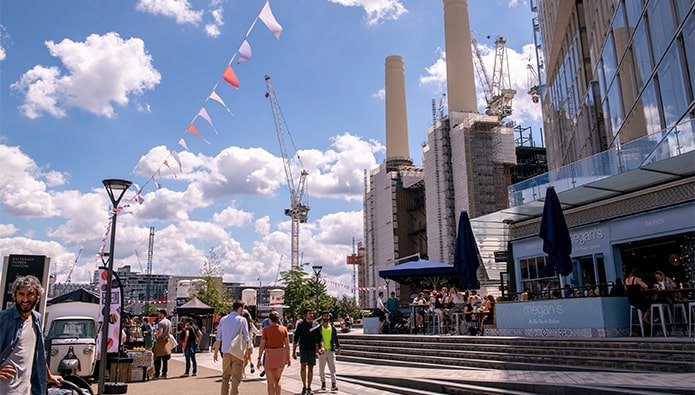 Phase 2 consists of around 235 apartments, including luxury penthouses at the top of the power station which have mostly been sold off-plan. This phase has received a take-up of around 90% so far and will be completed in stages starting in late 2020.

The power station will also be a business hub with a considerable amount of office space (540,000 sq ft in total), much of which has been secured by tech giant Apple with 500,000 sq ft across six floors for its new London Campus, while No 18, a Swedish business members club, is leasing the remaining 40,000 sq ft. The redevelopment as a whole has 1.25 million sq ft of office space.

You only really get a sense of the scale of the project when you stand beside it. The construction site is mammoth and barely comprehensible in size, with 2,500-plus workers at any one time, £2 million being spent a day on restoring the power station, and enough cranes and building materials to create a small city. The station’s been described as a brick cathedral, and looking upwards at it from the piazza surrounding Circus West Village it’s not hard to see why. 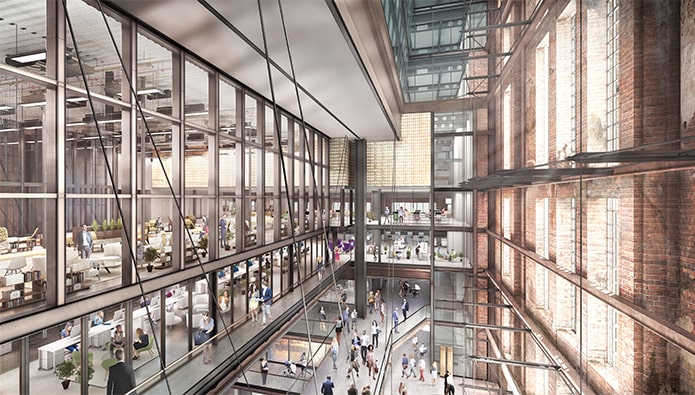 Phase 3A, which will see the full realisation of Electric Boulevard, is expected to be completed by mid-2021. It has an average price of £1,700 sq ft and has achieved a take up rate of around 70%.

Phase 2 and 3 have been boosted by the recent news that units in Circus West Village have seen their value rise sharply, up by 36% in the two or so years since residents started to move in. Rental yields in the development’s first phase also hover around the 4% to 5% mark, compared to 2.5% to 3% for other properties in Prime Central London.

Once fully operational, the 42-acre development – which has a gross development value of £9 billion – will contain more than 4,000 new homes and see more than 20,000 people living and working there. It will also have brought a previously dormant industrial powerhouse back to life.

Philip Mason, international sales director at Battersea Power Station Development Company, said at a recent media briefing for Phase 3A: “Besides the iconic building, there is always a reason for everyone to come here. The Northern Line Extension (Battersea Power Station) will be a boon to attract more investors and visitors, giving accessibility to the two hubs of the city – the financial and cultural districts.”

“London is never going to be cheap. Those who wanted to invest, better do it now. A lot of people from overseas have already started investing in London,” Mason added. 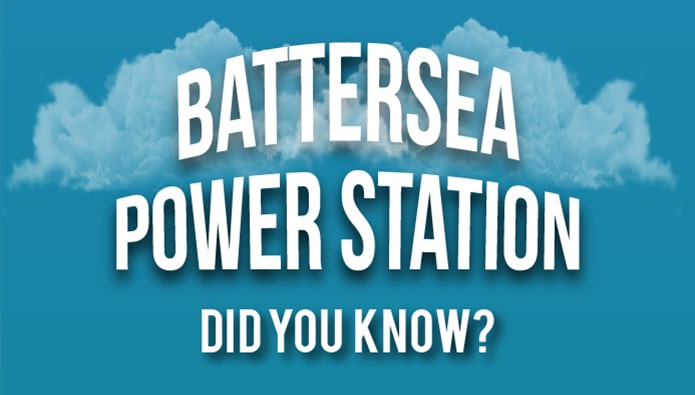 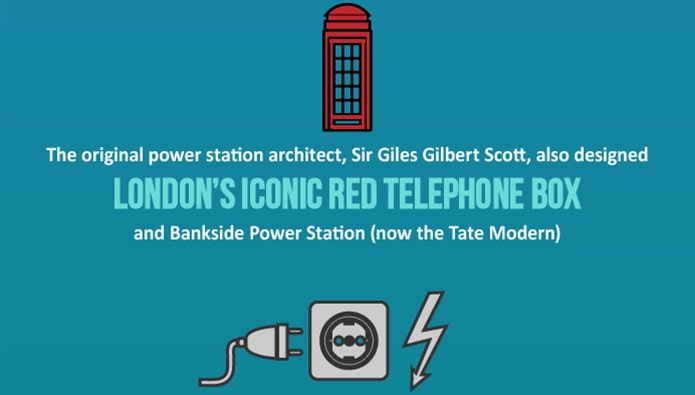 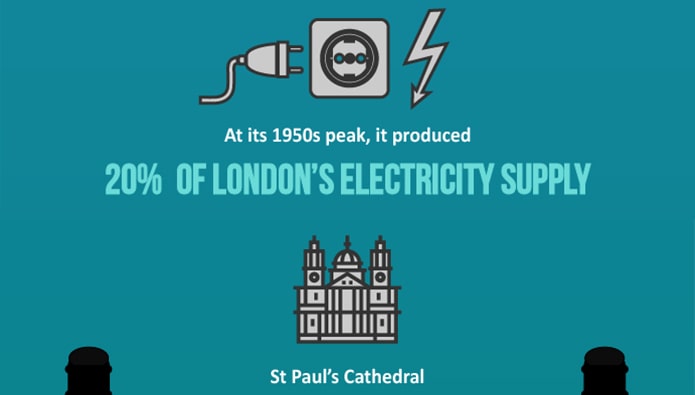 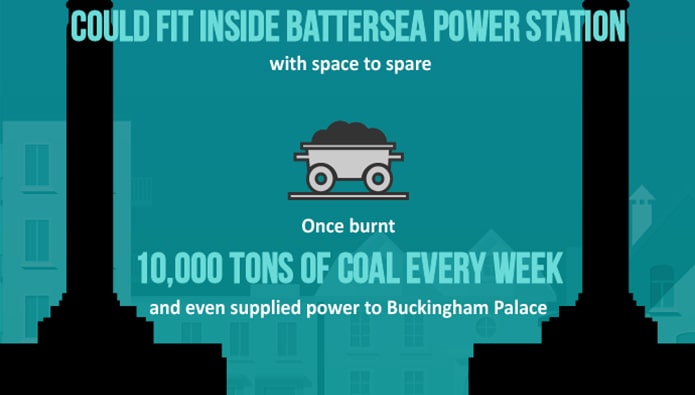 Despite its awe-inspiring scale and the hype surrounding how the project will look once completed, it’s been far from plain-sailing for the redevelopment since 2013.

As is often the case with major construction projects, it has been plagued by delays and cost overruns. An article in the Financial Times recently claimed that the overall project was so far behind that some off-plan buyers have been able to claim back their deposits, while in 2017 a filing said the project was set to make less than half of the returns originally planned. The projections, which have not been updated publicly since, suggested the development wasn’t going to meet the 20% initial rate of return agreed before the project – instead initial returns would hover at around 8.2%.

Homes relinquished by buyers who are cancelling their contracts because of frustration over delays will need to be resold in a struggling prime market – with prices down by 20% since their 2014 peak, according to Savills. 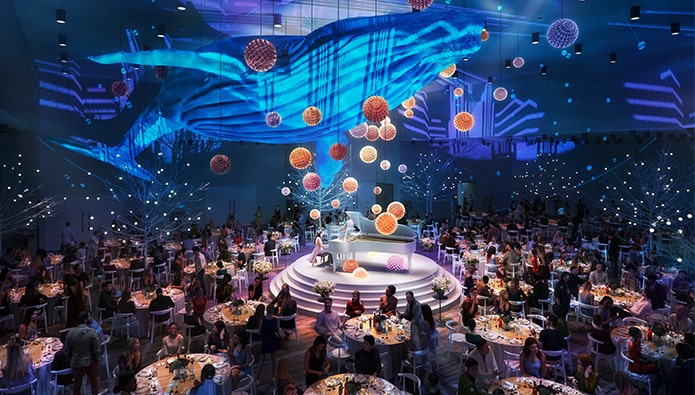 The project has also faced stinging criticism for cutting the number of affordable homes available from 15% of the total to just 9%. The original figure – far less than is usually required for major new developments – was agreed by Wandsworth council because of the substantial regeneration of the Battersea area and the financial assistance with the Tube extension being provided by the Malaysian consortium.

But in June 2017 Wandsworth council slashed the figure by 40%, down from 636 to 386, leading to fierce criticism at the time from Mayor of London Sadiq Khan. The homes are being delivered by housing association Peabody in a strategic partnership with Battersea Power Station.

Although the redevelopment as a whole isn’t scheduled to complete until 2025, there is no denying the sheer grand scale and ambition of the project – and the restored power station, with new shops, homes, office space, restaurants, transport links and public spaces, will be quite a sight to behold as well as a tourist destination in its own right once open.

The second part of this series will focus on nearby Nine Elms.