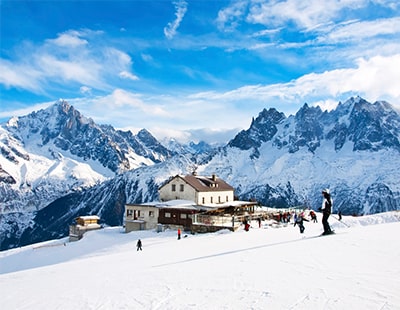 As a result of the agreement, a specialist ski property section will be developed on Juwai.com to showcase the exclusive ski properties from SnowOnly to the Chinese portal’s average monthly online audience of 3.1 million people.

Currently, China has more skiers than every other country in the world apart from the United States and Germany, with the Chinese government recently making an official commitment to introduce 300 million Chinese people to skiing and other snow and ice sports by 2022.

From a virtual standing start just a decade ago, the number of skiers in China had soared to over 13 million by 2018. China will also be hosting the 2022 Winter Olympics in Beijing and anticipates the Chinese snow sports business will be worth 1 trillion yuan (US$149 billion) annually by 2025. That’s more than seven times the $20 billion annual contribution of snow sports tourism to the US economy.

In 2018, some 197 million Chinese people travelled to winter destinations, boosting revenue by 22% from the year before to $49 billion, according to a report by Ctrip and the Chinese Tourism Academy.

The number of Chinese winter tourists is expected to climb to 340 million by 2022, with the fastest growing demographic being those born in the 1990s and 2000s.

“We want our partnership with Juwai.com to make it easier for Chinese to find just the right ski properties, at the right price, and in the right location for their needs. No-one could do better than Juwai.com at helping us reach the largest possible audience of Chinese snow property buyers.”

He said that, when a seller signs up with SnowOnly, they have the option to add an additional service which means their property will be promoted on Juwai.com until it sells. “This means the properties will be easily seen by Chinese buyers as they will be on a locally hosted website and therefore will not fall victim to the firewall that blocks sites of non-Chinese origin,” Lightfoot added.

Carrie Law, Juwai.com chief executive and director, said research shows that around 18% of Chinese skiers have skied overseas, with their top ski destinations being Japan, South Korea and Switzerland, but she expects to see this expand to other well-known ski destinations in France, Austria and Italy. The top destinations for Chinese homebuyers, at present, are the United States and Australia.

“China is already home to the largest indoor ski resort in the world, bigger than the one in Dubai,” Law said. “In Shanghai, in two years, an even bigger indoor ski resort will open. The government aggressively supports the growth of snow sports and even pushes ski classes in schools. The Beijing Olympics are coming in 2022. The net result of all of this is a greater awareness and demand for skiing vacations overseas. That will directly translate into ski property sales.”

She added: “Skiing is new to most Chinese of today, but historians tell us the world's first skiers were semi-nomadic tribespeople 10,000 years ago in the mountains in what is today China's remote north and west.”

The main limitation on this market, she said, is price, given that it’s driven by investors and second-home buyers.

“That is one reason the partnership with SnowOnly is so valuable to our users,” Law went on. “SnowOnly has listings that range in price from millions all the way down to just $100,000. The least expensive property currently for sale via SnowOnly is an on-the-snow apartment in Hokkaido, Japan.”

She said Juwai.com expects China to be among the top three buyer countries in the ski real estate markets of Japan and Switzerland by 2025, with heavy investment also being seen in Europe and the US.

“Are the Chinese already the biggest buyers of ski property in the world?” Law said. “Not yet, although they are already the globe's biggest cross-border buyers of residential real estate of all kinds.”

Property Investor Today recently interviewed Mark Lightfoot to find out more about ski property as an investment opportunity, as well as the best time of the year to buy ski property for the greatest possible returns.

Ski resorts were at the centre of some of the earliest...

Buying a ski property after Brexit – what do you need to know? ...

A Brexit deal was finalised on Christmas Eve, meaning that the...