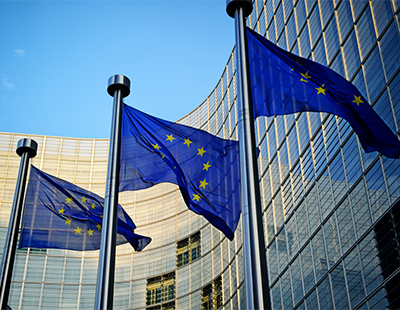 Ten cities in Europe have asked for more help from the EU in their battle against Airbnb and other short-let holiday rental websites. They argue the proliferation of homes advertised on these sites are locking locals out of housing and changing the face of neighbourhoods.

The cities - Amsterdam, Barcelona, ​​Berlin, Bordeaux, Brussels, Krakow, Munich, Paris, Valencia and Vienna – penned a joint letter which insisted the ‘explosive growth’ of global short-stay lettings platforms must be on the agenda of the next set of European commissioners.

“European cities believe homes should be used first and foremost for living in,” the cities wrote in a statement released by Amsterdam city council. “Many suffer from a serious housing shortage. Where homes can be rented out more lucratively to tourists, they vanish from the traditional housing market.”

As a result, the cities argued that local authorities must have the powers to tackle the negative effects of the boom in short-term holiday lets – including the ongoing ‘touristification’ of neighbourhoods and rapidly rising rents for full-time residents – by implementing regulations depending on their local situation.

The letter said cities are best placed to understand their residents’ needs. “They have always been allowed to regulate local activity through urban planning and housing rules,” it said. “The advocate general seems to imply this will no longer be possible when it comes to internet giants.”

Back in April, the advocate general of the European Court of Justice found in non-binding opinion that Airbnb should, under EU law, be counted as a digital information provider instead of a traditional real estate agent.

If this status is confirmed by the court, it would enable Airbnb and other similar platforms to operate freely across the European bloc. What’s more, it could also alleviate them of responsibilities when it comes to making sure that short-let landlords comply with local rules designed to regulate holiday lets.

In recent years major cities such as London, New York, San Francisco, Barcelona, Madrid, Berlin, Paris and Amsterdam have all introduced measures to try and stem the tide, or at least regulate, the increasing number of homes being let on a short-term basis to tourists and holidaymakers.

Airbnb, which was only founded in 2008, has experienced exceptional growth in recent years as the sharing economy has boomed and society has become increasingly digital. In London, for example, there are almost 80,000 rooms or homes listed on Airbnb, according to housing advocacy site Inside Airbnb – comfortably more than any other UK city and a figure which has quadrupled since 2015.

In Edinburgh, meanwhile, there are just over 12,000 listings on Airbnb – however, with the Scottish capital being a smaller city, the impact is more noticeable. Edinburgh's 12,000 listings work out to roughly one Airbnb listing for every 42 residents, while in London it equates to one listing per 112 residents.

Demand for Airbnb and other short-let rental homes in Edinburgh reaches a particular peak during the annual Fringe season and other popular tourist events such as Hogmanay.

Elsewhere, Amsterdam and Barcelona are both home to over 18,000 listings, while this number reaches 22,000 in Berlin and almost 60,000 in Paris. Inside Airbnb suggests that more than 50% of listings are for whole apartments or houses, while around 30% were available for three or more months a year, even in cities where local authorities have sought to restrict short-term lets.

In London there is a 90-day annual limit on short-term lets unless landlords can secure specific planning permission from their local council. Airbnb automatically enforced this limit in January 2017, but other sites have yet to follow suit. A BBC News investigation earlier this year also found that Hostmaker and other short-let property management firms were offering services to enable landlords to flout the 90-day limit.

Furthermore, Hostmaker got into trouble last month over adverts appearing on the Transport for London network, which were said to be encouraging landlords to break short-let laws and decrease the amount of rental supply for those seeking long-term lets. After mounting pressure, the adverts were taken down and Hostmaker apologised for the tone of its campaign.

Away from London, Paris, Amsterdam and Barcelona have all taken tough measures to try and curb the rise of short-lets, while Palma de Mallorca last year voted to ban almost all Airbnb-style rentals after a sharp rise in rental prices for locals.

The dilemma across Europe and the world is how to balance the demands of tourists with the welfare and concerns of local residents and neighbourhoods.

“One thing must be clear: A carte blanche for holiday rental platforms is not the solution,” the joint letter concluded.

“We will continue to address the housing shortages in our cities and continue to ensure that our cities remain liveable. We sincerely hope for the cooperation of the new European Parliament and the incoming European Commission.”

Revealed - Airbnb hosts ramp up prices by 300% during popular seasons ...

Throughout the year people looking to enjoy a local or international...

The short-let rental market is booming, despite controversy and opposition around...