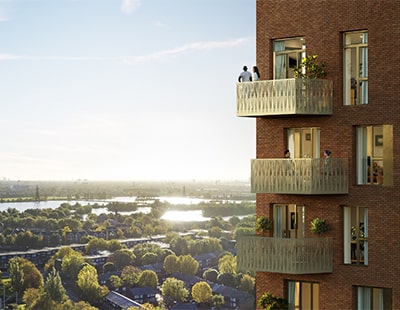 Urban developer Argent Related has launched a seven-building regeneration scheme at the heart of Tottenham Hale – its first ever development.

One of the largest developments in north London, Argent wants it to ‘reinvigorate’ Tottenham Hale and give it a welcoming area for local residents, workers and visitors.

Tom Goodall, chief executive officer of the project, commented: “For us, the challenge, and indeed the reward, will be in creating a new centre that feels inclusive and exciting as much as well-managed ad long-lasting; ultimately a place that brings joy to residents and the surrounding community.” 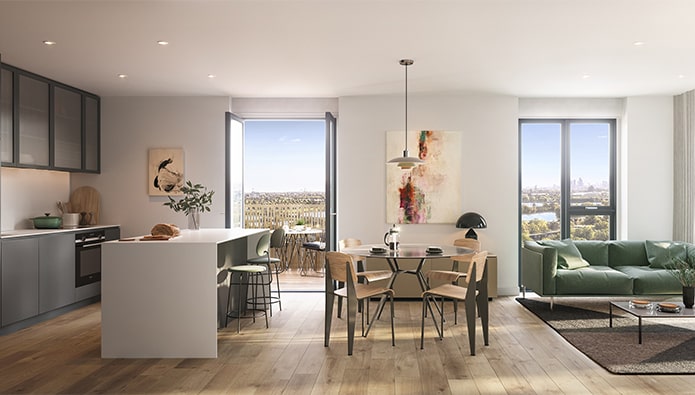 The first new building launching in the area is 1 Ashley Road, made up of 183 studios, one-, two- and three-bedroom apartments architecturally designed by Alison Brooks Architects, with interior design by Conran and Partners. The building has a ‘warm brick façade’, street-level colonnades around three new retail units and two generous garden terraces. Other resident amenities include a triple-height lobby with 24-hour concierge and a residents’ lounge.

As well as the above, Tottenham Hale is also seeing £1 billion of development investment, backed by Haringey Council and the Greater London Authority. Part of one of the largest Opportunity Areas in London, the area has received £30 million of investment into its transport interchange with a new station opening later in 2019 and future plans for Crossrail 2. The new Tottenham Hotspur stadium has just opened nearby and provides a 60,000-seat sport and entertainment venue.

According to Knight Frank, house prices here have climbed 19% since 2016, outpacing the wider London market. Despite this growth, the average price of a home in Tottenham Hale is the least expensive of all locations along the Victoria Line.

Raul Cimesa, head of London new homes at Knight Frank, said: “1 Ashley Road will result in a best-in-class development. With the Lee Valley nature reserve and Wetlands on the doorstep, this corner of London is the next hotspot, with future infrastructure upgrades to the main station, more engaging customer-focused retail and commercial spaces, and quality new housing.”

PAPA Architects has completed a 64-unit student accommodation scheme in Tottenham, with...