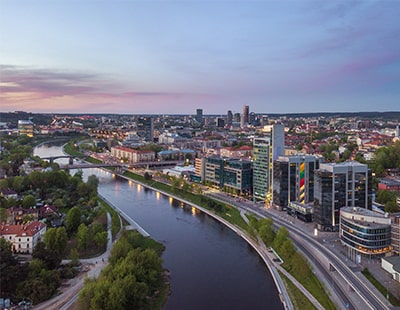 The capital of Lithuania is aiming to become the next major PropTech hub, with 2.5 million square metres of space dedicated to this growing trend.

Representatives from Vilnius have been in attendance at this week’s MIPIM conference in Cannes (which concludes today), presenting the city’s latest developments to promote PropTech, attract foreign startups and enable homegrown ones to emerge.

The city – home to a youthful, tech-savvy population - has become a hub for Fintech in recent years and is now aiming to rapidly recreate that success with the creation of an important PropTech scene.

It has a PropTech sandbox (defined as a virtual space in which new or untested software or coding can be run securely) of over 2.5 million square metres, including four shopping malls as well as buildings and public spaces provided by the City of Vilnius.

This sandbox – known as Realbox - launched last year with the goal of attracting PropTech startups from around the world to test their products and boost their success. It is the first PropTech sandbox environment of its kind in the global market.

Serfy, a property management startup with more than 400 clients across the Baltics and Poland, has been using Realbox as a platform to showcase its products to large companies, while Lithuanian financial services company Profitus has made use of Realbox - as well as the PropTech and Fintech ecosystems - to establish itself as an important player in the country’s crowdlending market in only five months.

The city government of Vilnius is committed to turning it into the world’s business sandbox for tech startups, and is making its buildings available accordingly.

“The creation of the Realbox sandbox in Vilnius is not a coincidence,” said the Mayor of Vilnius Remigijus Šimašius.

“We have worked hard to turn the city into a place where startups want to move to and thrive. Finance and real estate are the next frontiers for technology to disrupt, and we want Vilnius to play a central role. The municipality is committed, and we have made our buildings available to Realbox. Our ambition is to turn the entire city into a business sandbox for startups to come and attempt to find the solutions that will make tomorrow’s world better.”

He insisted that, right now, Vilnius is the most exciting city in the world for PropTech startups. “We have opened our data to the public and we will also be opening the municipality’s buildings to the Realbox PropTech sandbox. As a city, we want to attract the brilliant minds that will come up with the solutions of tomorrow so we are providing the best possible platform and tools for them to be able to do so in Vilnius.”

Justina Juršytė, RealBox project lead and co-founder of PropTech Baltic, added: “Vilnius has ideal conditions for tech startups. But with the sandbox we are actually taking an additional step in facilitating support and physical space for any PropTech company to test their ideas, their technology, and even showcase their products in front of potential clients from all over the world.” 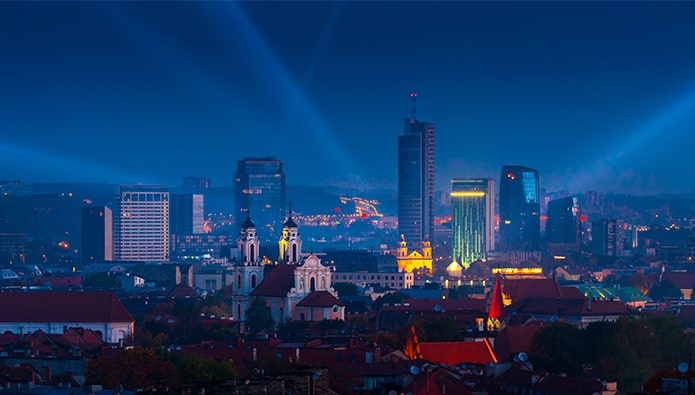 Realbox accepts applications from PropTechs around the globe wishing to make use of the sandbox and is eager to grow the number of companies that make use of it. Any type of PropTech firm needing to test their concept or run pilot tests in real physical environments can be taken through the sandbox to gain assistance in improving their product and making it market ready.

Vilnius, which was recently named as the cheapest city break destination in Europe, is seeking to confirm its tech credentials by joining the race to be among the first cities to roll out 5G, the technology that will allow ‘the Internet of Things’, the ability for devices, cars and buildings to be able to speak to each other.

You can find out more about investing in Vilnius and its growing reputation as a tech hub by clicking here.