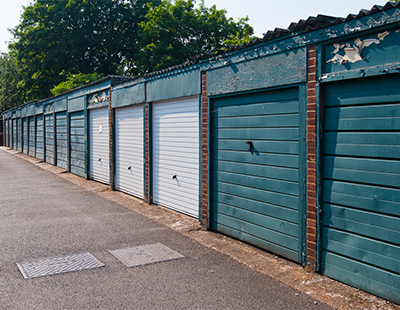 Parking is the most desired feature of rental homes across England, Wales and Scotland, according to new research by Zoopla.

The study analysed search data from its keyword property search tool to explore which property types were in the highest demand across the lettings and sales markets in Great Britain, as well as the nation’s most sought-after features of a rental home.

Parking was consistently ranked as the most frequently searched feature across all regions except the North East of England, Scotland and Wales, where ‘garage’ and ‘furnished’ took the top spots. The search term ‘garage’ was ranked as Brits’ second most searched property term on Zoopla.

The findings come at a time when the average motorist in the UK spends nearly four days (or 91 hours) every year looking for parking spaces, according to research by the British Parking Association (BPA).

Annabel Dixon, spokesperson for Zoopla, commented: “Parking and garages were a consistent requirement for tenants across the nation. While this may not be the most exciting feature of a home, our research clearly shows that landlords can make their properties much more attractive by creating or enhancing existing parking.”

“Whether they re-landscape their garden to include a driveway or apply to drop the kerb outside their house, these changes could pay dividends.”

What’s more, rental homes that allow pets were in high demand, with the search term ‘pets’ featuring in the top three most searched property features in every region – jumping from fifth place last year. It also appeared for the first time in the top 10 most searched rental property terms by Londoners.

The research follows statistics from Dogs Trust, which revealed that 78% of pet owners have experienced difficulty in finding accommodation which accepts pets.

On a regional level, London renters had the most ‘luxurious’ requirements, such as ‘gym’ and ‘ensuite’, which featured in the top 10 most searched lettings terms in the capital. However, they didn’t appear in the top requirements for renters in any other region across Great Britain.

Meanwhile, tenants in Scotland recorded arguably fewer demanding requirements, with ‘dishwasher’ making it into the top 10 for the country.

Home hunters in the North East and the South West were after countryside dwellings, with ‘rural’ and ‘cottage’ featuring on tenants’ lists of priorities. Elsewhere, renters in the North West were more concerned with the great outdoors, with ‘garden’ and ‘balcony’ in the top 10 list for tenants.

Zoopla also analysed the most viewed property types across the nation. Unsurprisingly, three-bedroom houses were the most frequently viewed on the portal by house hunters; this was the case for every region except for London, where two-bedroom flats outstripped three-bedroom houses.

“From gyms to balconies, right through to dishwashers, it is fascinating to see how the requirements of renters differ across all regions of Great Britain,” Dixon continued. “With Londoners paying a premium in rent, it makes sense that these tenants are focussed on high quality amenities and luxury features; whilst renters in more rural locations are looking for properties that make the most of their countryside setting.”

“Three-bedroom houses have come up trumps in our ranking of the most viewed properties by house hunters. These homes appeal to a wide range of buyers and tenants, including young families who are looking for space to grow as well as downsizers who want a more manageable space that can still accommodate visitors.”

It’s agents’ time to shine as buyers grow in confidence ...

Sentiment is polarised among potential buyers and sellers in the UK...

UK renters remain negative about their chances of buying ...

65% of renters are negative about their prospects of purchasing a...