With Brexit and political uncertainty slowing the market, housing with care is fast becoming a significant opportunity for developers and investors. That’s according to LifeCare Residences, a leading developer in the later life living sector – also sometimes known as senior living and retirement living.

In fact, it claims the demand for luxury retirement villages with high-quality care facilities remains strong, as retirees are keen to scale down on space but not quality or the lifestyle that living in London offers.

Lara Haddock, sales manager of Battersea Place, comments: “Apartments at Battersea Place retirement village are always in high demand. Many apartments attract fierce competition and will go to the best and final offer.”

“We hold a waiting list for all would-be buyers looking to buy a one, two or three-bedroom apartment, many of whom are downsizing from generous properties in London.” 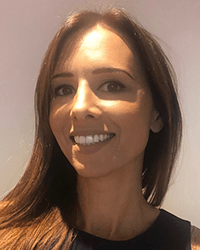 Lara originally entered the property sector by negotiating offers and listing properties in a local estate agency. She was eventually promoted to business development manager for a subsidiary company of theirs, which specialised in design and erection of timber frame shells for houses and apartments.

She said: “This role was a little more challenging as often they appeared reluctant to engage with a woman regarding construction methods. I had to really ensure I knew our product and others well so that I could confidently answer any questions they may have and show how we could solve their construction problems and reduce time on site.”

After a few years in the role, followed by a career break to spend time with her children, Lara developed an interest in retirement properties and eventually landed a job at LifeCare Residences.

“Although not a ‘small’ company, we do not have hundreds of sites – currently a handful in the UK and two in New Zealand. We’re still small enough that our owner visits us all and will chat through things,” she continued.

“This open culture, which is also followed by our directors, enables positive change, not only for the staff who feel valued, but also for our residents who have a voice which is listened to.”

She added: “I am proud to be part of this growing industry with LifeCare Residences as I genuinely feel we are leading the way for high-quality retirement villages in London. I am very excited to see what we will accomplish over the coming years.”

Data released from a major study conducted by leading real estate company, JLL, found retirement housing with care facilities perform in line with the UK House Price Index overall and 83% of resales in 2019 increased in price.

Therefore, there is reason to believe that this upward trend will continue, supporting the idea that the housing with care sector is capable of performing better than the traditional housebuilder retirement product.

What’s more, RICS calculates that the introduction of a viable retirement living market could release as many as 2.6 million houses back into the mainstream housing market, equating to 10 years above the proposed housebuilding target.

“As the UK demographic continues to change, it will be increasingly important to understand localised and regional trends as the market matures,” Nigel Sibley, chief executive at LifeCare Residences, said.

“We anticipate further growth at the higher end of the market. There is a substantial undersupply of units within the mid and upper market levels. By 2066, one in four of the population will be aged 65 or over and in course of the next 30 years we envisage a high demand from the next generation of retirees who are even more affluent.”

Sibley added that there needs to be recognition of the positive impact that these communities have on the NHS, with evidence showing how much quicker people are discharged from hospital if they live in a retirement village, rather than in an independent property. There are fewer trips and falls for those living in specially built retirement developments, and a lesser burden on social care.

“Loneliness can be a chronic issue affecting both the individual and the family and living in a retirement community can greatly mitigate this problem,” he concluded.

Recently, we also asked if senior living is the next major property investment trend and if the care home market is economically viable for investors.

In this guest piece, Jitesh Patel from Kajima Partnersips discusses why later...