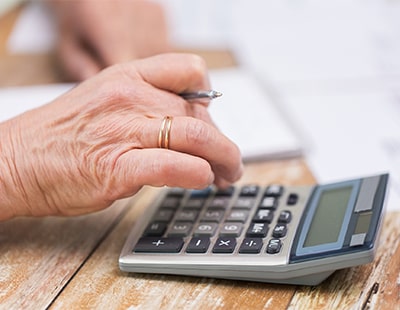 In recent years property has become an increasingly popular investment avenue for people, thanks to the relatively low risk it holds, the strong returns it provides and the stability it offers in times of political and economic uncertainty.

And now new research from Canada Life has found that over half of UK homeowners believe their pension pot is worth a lot less than their house or property, amid a new quarterly house price high of £216,805.

According to the findings, two thirds of people think their pensions are worth less than their property, with 52% saying their pension is worth a lot less – an 11% rise from 2016.

This perception reflects the fact that the wealth of the average person is £86,000, of which 19% is pension wealth and 79% is property wealth.

“We are living in an ageing society, where the number of years people spend in retirement is on the rise,” Alice Watson, head of marketing and communications at Canada Life Home Finance, said. “It’s now more important than ever for people to be aware of all the options available to them to help fund their retirement.”

She says that, traditionally, people have relied heavily on their private pension wealth, alongside their state pension, to be their main source of income in retirement. However, the amounts that people have in their pension pots are unlikely to provide the ‘style of retirement people want’.

“Although people recognise that there’s more wealth to be found in their homes and properties, they’re not grasping that opportunity,” Watson claims. “People need to work closely with advisers to understand the advantages using their properties to fund their retirement can bring, not just in terms of monetary benefits but also for inheritance planning.”

So far in 2019, more than £2.8 billion has been released from houses or properties using equity release, with the most popular reasons for doing so this year being to clear an existing mortgage (46%), carry out home improvements (41%), consolidate unsecured debts (24%), fund holidays (21%) and cover daily living expenses (18%).

“There are lots of different reasons why people choose to use lifetime mortgages, but the fact that daily living expenses is one of the most popular options shows how much people are beginning to see their property as an extra source of income,” Watson added. “They’re not just using it to fund big ticket items like cars or holidays, but for those things that they might have expected their pension to cover.”