In the latest part of our series on London’s regeneration hotspots, Property Investor Today finds out more about the dramatic plans for the transformation of Canada Water and Surrey Quays.

One of London’s largest planned regeneration projects moved a step closer to reality at the beginning of October 2019 when British Land’s £3.3 billion Canada Water Masterplan was finally approved by Southwark Council.

At a council meeting on the last day of September, councillors unanimously approved the plans to drastically transform 53 acres of Rotherhithe and Surrey Quays over a fifteen-year period.

Three plots as part of the first phase were approved, with the rest of the Masterplan approved in outline. 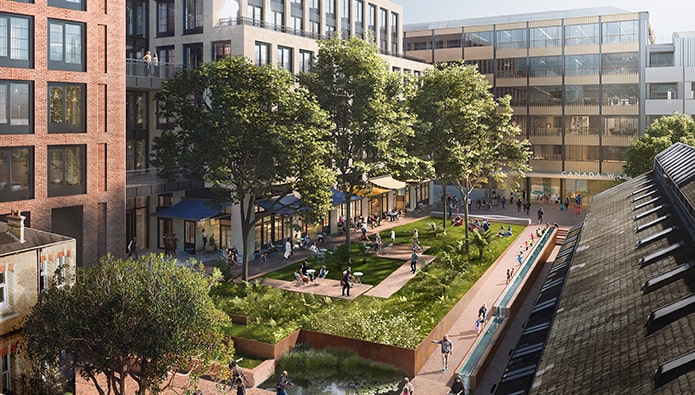 The resolution to grant planning consent is the first step in the approval process for the project and marks the end of a long road which started more than five years ago. Since then, the project has undergone extensive consultation with and input from the local community, as well as facing the sort of opposition that is common for a project of this size and magnitude.

A planning application for the masterplan was originally submitted in May 2018, with changes made in October 2018, March 2019 and June 2019 in response to feedback from the local community, Southwark Council and other public bodies such as the Greater London Authority (GLA) and Transport for London (TfL). The changes were predominantly focused around the number of affordable houses on offer to local residents.

The Canada Water Masterplan is a 53-acre, mixed-use scheme which aims to deliver around two million sq ft of workspace to accommodate approximately 20,000 jobs, around one million sq ft of retail, leisure, entertainment, education and community space, and around 3,000 new homes, of which 35% will be designated as affordable.

British Land says wellbeing is embedded into the masterplan, with buildings to support low carbon living and the creation of 12 acres of new open space, including a 3.5-acre park, a new town square, the first new high street in London for 100 years and 16 new streets. 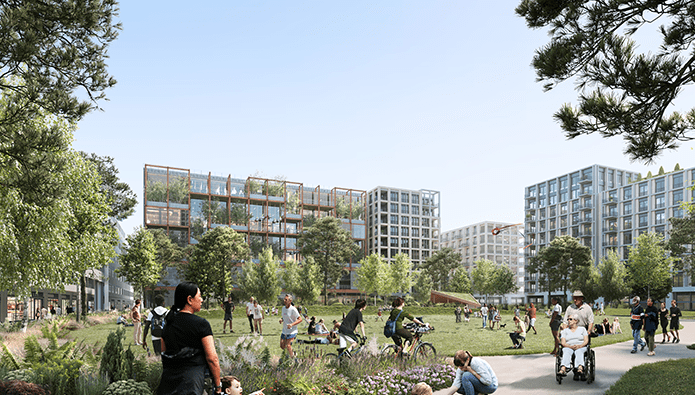 “We’re hugely excited about delivering this exceptional, mixed-use and sustainable landmark development, which has been designed to support people’s wellbeing,” Chris Grigg, chief executive of British Land, says. “We thank the Council for all their hard work and we look forward to continuing to work with them and the local community.”

Cllr Peter John, leader of Southwark Council, which entered into a conditional Master Development Agreement with British Land last year, added: “The Masterplan provides the blueprint for an exciting new town centre that will provide thousands of new homes, particularly hundreds of new social rent homes, new jobs and opportunities, new open spaces and a brand-new leisure centre for Rotherhithe in the first phase of the work.”

It’s claimed that the development will bring significant benefits to the local economy and community, including new homes, the generation of new jobs and the supporting of local businesses and independent retailers. What’s more, space has been allocated for the delivery of a health facility and a new police hub.

In addition to the outline masterplan, the planning permission covers the delivery of the first three new buildings in the overall masterplan.

These buildings will include 265 new homes, a leisure centre, new public spaces, 330,000 sq ft of workspace and about 2,300 jobs which could be delivered by 2024. Building A1 will provide both residential and workspace, while building A2 will be focused on workspace and a new leisure centre, with both buildings providing a small amount of retail at ground floor level. K1, the third building, will be wholly residential.

The site includes Surrey Quays Shopping Centre, Surrey Quays Leisure Park, the Printworks and the former Dock Offices courtyard, with the whole project set to be completed by the mid-2030s.

An area in need of a boost?

Canada Water and Surrey Quays, two south of the river locations which effectively feed into each other, are at present an odd mix of rundown and modern, industrial and commercial, historic and new.

The area has a very out-of-town commuter hub feel, which makes little sense when you consider its closeness to Canary Wharf, the Thames and hip Bermondsey, with its beer mile and appeal to young professionals and tourists.

Canada Water and Surrey Quays, by contrast, feel far more left behind – overshadowed by the corporate glamour of Canary Wharf across the river and seen as somewhere to merely pass through to more exciting or important locations.

Surrey Quays has a long high street – varied but shabby – while the area is home to Canada Water Library and Theatre, a Hollywood Bowl and Odeon Cinema, and foodie mecca Hawker House (which is particularly popular on the weekends). There are also a rising number of trendy cafes selling things like avocado on toast and street food trucks pouncing on hungry commuters with exotic fare, alongside more traditional greasy spoons.

But, overall, there is not enough to draw people here, to make it a destination. Transport links are excellent, with strong rail connections (Canada Water: Overground and Jubilee Line; Surrey Quays: Overground) and a number of bus routes, but that simply reaffirms the belief that this is a commuter hub and little more. 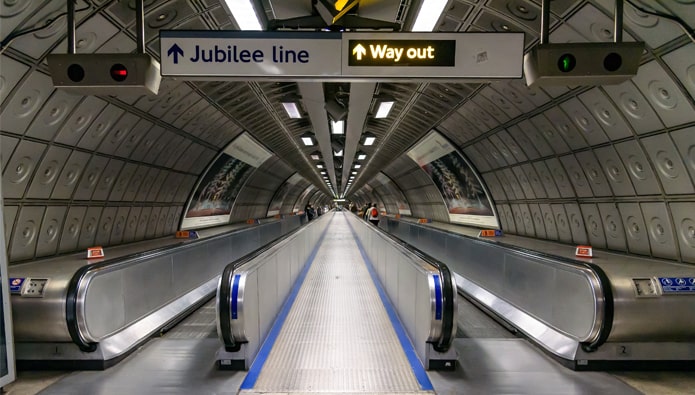 This makes it ripe for investment and regeneration, as does its location (pretty unrivalled if you want easy access to Canary Wharf, the City and Greenwich) and its closeness to some of London’s finest green space, including Southwark Park and Stave Hill Ecological Park.

The usual question marks over affordability and affordable housing for local residents will be there, while Cllr Nick Johnson (Lib Dem, Surrey Docks) opposed the scheme, saying: “There’s much to commend in this Masterplan… [but] Canada Water station is regularly closed in the morning rush hour due to overcrowding.”

He said that, if the plans were passed as they were, residents would be consigned to ‘decades of transport chaos’.

Labour councillors, however, are on board, with Cllr Bill Williams (Rotherhithe) calling the masterplan a brilliant opportunity to create a world-class town centre for an ignored part of London, and saying that the scheme was a ‘fantastic example on how we can deliver on our promises to provide more social homes’.

Opponents of the scheme, such as Canary Wharf Group, have argued the masterplan will be a ‘catastrophe’ for the already crowded Jubilee Line – with between £100 million and £200 million of transport investment missing.

But British Land insists this isn’t the case. A representative at September’s council meeting said: “What’s apparent from the sign-off from TfL is that they’re confident the [transport] package we’ve put together is sufficient to mitigate our impact.” The £33 million-strong measures include increased capacity at Surrey Quays, more staff at Canada Water station and two new bus routes.

What’s in a name?

Constructed in 1876 on the site of two former timber ponds, and the first major scheme of the Surrey Commercial Docks Company, Canada Water dock took its name from its specialisation in Anglo-Canadian trade, being at the heart of the timber trade from Canada and the Baltics.

The links to Canada and the Baltics are everywhere you look, from Russia Dock, Quebec Dock and Norway Dock, to 1960s tower blocks named after Canadian locations, Scandinavian churches and new rental developments such as L&Q’s Quebec Quarter.

The Surrey Docks, meanwhile, were originally occupied by many different firms, trading in commodities such as timber, hemp, flax, tar, grain, salt, fruit, cheese, bacon and coal. Following the formation of the Surrey Commercial Docks Company, timber and grain became the staple produce traded at the docks.

The Deal Porters - a specialist group of dockers who dealt solely with timber - were based at Surrey Docks, while there were also a number of small independent timber wharves established along the banks of the Grand Surrey Canal.

In the 1970s and 80s, the Surrey Commercial Docks were progressively closed and turned into Surrey Quays. Most of the docks were filled in and covered by Surrey Quays Shopping Centre and Surrey Quays Leisure Park, while the Daily Mail Group’s Harmsworth Quays printing works was built on the site of Quebec Dock. The 12-acre site, opened in 1989 and responsible for printing the Metro, Evening Standard and Daily Mail, operated for 23 years before activities were relocated to Thurrock, Essex and the site sold to British Land in 2013.

When will the first phase complete?

Nothing is certain with regeneration projects on a grand scale such as this, but by the mid-2020s it’s hoped the first phase will be completed. By the mid-2030s, this former industrial heartland is likely to look dramatically different to how it looks currently.

It’s certainly an area that could do with some love, of that there is no doubt.