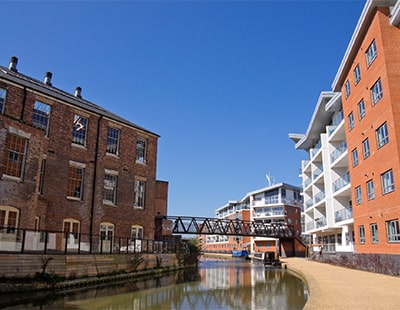 Every cloud has a silver lining and where the property market is concerned, London’s recent stagnation and downturn in some areas has had an unprecedented and unpredicted outcome for some of the UK’s regions.

While London’s price growth honeymoon might seem to be coming to a halt, at least for the time being, it’s simply made way for some, much smaller, areas that have until now sat in the capital’s shadow.

With significant regeneration programs underway or in the pipeline, good travel connections to key towns and cities and good property price growth, these areas are fast transforming into thriving residential and commercial centres where people want to live, work and play.

For investors looking to diversify their property portfolio or invest for a lower premium and incur less stamp duty land tax than the traditional London model allows, these areas hold serious potential.

What’s more, due to fast increasing demand and, like much of the UK, a shortage of new homes, they also offer higher relative yields – important for those looking for a monthly income from their investment.

Here are the details of five emerging hotspots o look out for in 2020...

A tech hub in its own right, being home to the likes of HP, Dell and Hitachi, Bracknell offers its own thriving business community, alongside fast, direct connections to London and other key destinations, but with a much lower price tag.

Current developments include SevenCapital’s The Grand Exchange, which offers a state-of-the-art communal workspace, residents gym and bookable treatments rooms to name just a few modern features. Bracknell was also recently named in The Times as one of Britain’s most thriving communities.

With average house prices currently at around £345,000, Slough is around £200,000 less than neighbouring Windsor and circa half the price of London.

If you consider that Slough is also home to the largest concentration of global headquarters outside London, including O2 and Mars, and is currently enjoying more than £1billion in regeneration projects, alongside the anticipated arrival of Crossrail, it’s easy to see why Slough’s reputation as a top commuter town has soared.

Around 46% of homes rented in Slough are to London leavers. New developments include New Eton House.

The first new town in the UK, Stevenage still sits at the lower end of the price scale for commuter locations, with average sold prices of around £293,000.

While it’s not on the scale of Slough, it is home to GSK’s largest research and development site, amongst other large employers, and is home to the primary innovation and technology centre in Hertfordshire.

It also sits just 25 minutes by train into London’s Kings Cross, where Google is set to move into its new £1 billion headquarters in the coming years.

Sat almost equidistant between Birmingham and London, Northampton’s location offers commuters the best of both worlds with an affordable price tag.

It’s also enjoyed some of the highest (and fastest) house price growth, with prices increasing by 5.3% over the past 12 months.

If its designs on receiving the ‘Future High Streets’ fund and Towns Fund go as planned, it could be in for a £50 million regeneration boost from the government, which is certain to attract more businesses, visitors and residents alike.

The centre of the Oxford to Cambridge arc, Milton Keynes is also just 33 minutes by train from London and is listed as one of the top ten locations for house price growth, according to recent Hometrack reports.

With the third highest number of business start-ups per 10,000 of the UK population and strong economic performance, Milton Keynes is a key member of the Fast Growth Cities group that has resulted in nearly 20% of its workforce joining the knowledge sector.

While these areas may not have been traditionally thought of as premium property investment locations, they are fast becoming recognised as up-and-coming hotspots with strong growth potential, which, in an increasingly diverse property market, could hold the key to future success.

*Andy Foote is director at SevenCapital

Galliard has purchased three major London commuter sites, which together have...

Like all investments, buy-to-let property comes with many considerations but also...