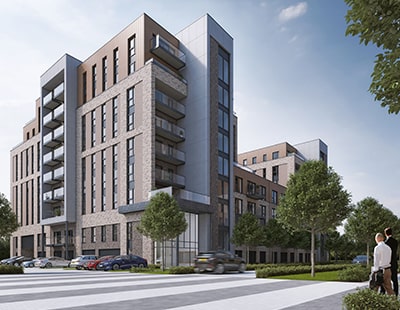 Here at Property Investor Today, we regularly cover the launch of new developments, from all across the UK.

Below, we outline three more developments that might soon be catching the eye of investors.

It might be best-known for its status as a so-called bellwether seat in general elections, and this week saw Jeremy Corbyn make a major Brexit speech in the Essex town, but Harlow is also home to a number of new developments, including the planned Edinburgh Way scheme.

Weston Homes recently acquired the former Pearson Education HQ carpark, with the site bought from developer Land Charter Homes and set to be redeveloped into a £93 million residential scheme providing 361 new apartments. The one, two and three-bedroom apartments will be surrounded by landscaped gardens, while the development is set to be 11 storeys high at its peak.

Edinburgh Way, which will have a brick and glass façade, glass fronted balconies and terraces, will provide parking at ground and first floors and will also include a public realm, landscaped podiums and pedestrian links to Harlow Town Park.

The site, located amongst several areas of green space, is within cycling and walking distance of the town centre and just 250 metres away from Harlow Town train station, with direct links to London Liverpool Street in around 40 minutes and Cambridge in 50 minutes. 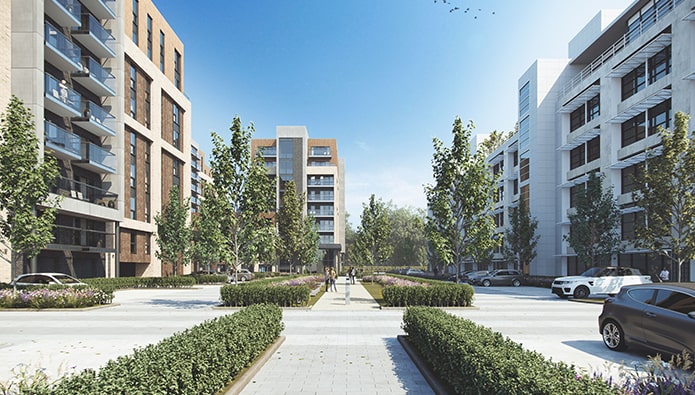 Weston Homes describes purchasing at Edinburgh Way as ‘an exceptional investment opportunity’, with a wealth of employment opportunities within the local area. The scheme is also well-placed for nearby Stansted Airport, which employs more than 11,000 people.

Bob Weston, chairman and managing director of Weston Homes, said: “We expect this high-quality scheme to set a new standard for development in the Harlow area and are delighted to be expanding our portfolio into Harlow with this great scheme.”

New homes with no ground rents

This weekend London’s first-ever new-build scheme with no ground rents will be launched by new homes specialists Stone Real Estate.

The company’s long-awaited Newington Gate development in London’s N16 postcode is set to offer a range of one and two-bedroom apartments with no ground rents payable whatsoever for homebuyers that opt to invest in a property within the development.

Overall, more than half (56%) of the new homes delivered by the partners at Newington Gate are set to be designated as affordable.

Newington Green is an area famous for its community of radical thinkers within the religious, social, literary and political fields, including feminist and human rights writer Mary Wollstonecraft (who stared her writing career here and whose work is still remembered by a plaque on Newington Green Primary School).

Nowadays, Newington Green – which straddles the border between Islington and Hackney - is something of a hub for thriving, independent businesses, ‘which attracts both first-time buyers as well as a downsizers to the area’.

The high street is home to independent grocery stores such as Green Ln Larder and Newington Green Fruit and Vegetables; Be-Bop-A-Lula, London’s first rock and roll themed pub; and Lizzy’s on the Green, a dog-friendly café overlooking open green space.

Transport links are also strong, with Dalston Kingsland, Dalston Junction and Canonbury stations less than a 10-minute walk from Newington Gate, while Arsenal and Highbury & Islington Underground stations are close by. 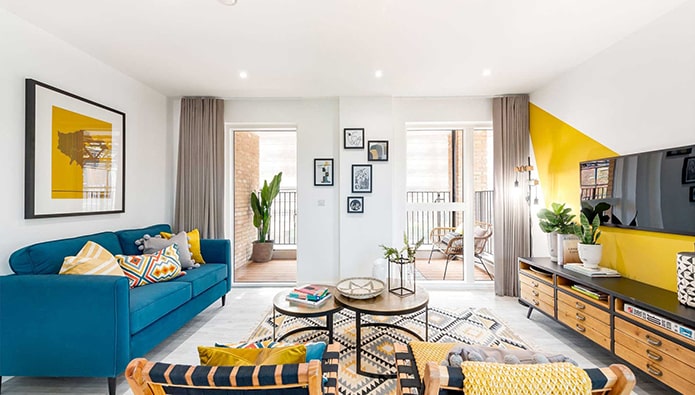 “Not only are we delighted to be offering these homes for sale but we’re proud to be leading change in the sector and doing so without any ground rents payable by the buyer,” Michael Stone, founder and chief executive of Stone Real Estate, said. “Ground rents and their tendency to fluctuate have been a contentious topic in recent years and while the industry is considering scrapping them as a whole, we wanted to drive this change now, in order to benefit our buyers.”

Stone said Newington Gate hasn’t just benefitted from an overspill in buyer demand from other trendy surrounding areas such as Stoke Newington, arguing that it has always been an established, go-to neighbourhood in its own right.

“It offers very convenient transport links into the city and beyond but lies just enough off the beaten track to have maintained its village-like neighbourhood feel and this is a theme that runs throughout the community.”

He added: “It encapsulates everything that is great about living in London, individuality, creativity, a thriving social scene and unlike most other London neighbourhoods, a wealth of independent shops, pubs and restaurants rule the roost with barely any chains to be seen.”

St. Modwen, a UK-based property investment and development business which specialises in the regeneration of brownfield and urban environments, has received planning approval from the Vale of White Horse District Council for the development of 102 further homes on its Kingsgrove scheme, including eight affordable houses.

The planning application, submitted in March 2019, provided detail on the layout, format, scale, appearance, landscaping and access details for the planned houses, which will be developed by ‘the multi-award winning’ St. Modwen Homes and will comprise two, three, four and five-bedroom contemporary properties.

This announcement follows further positive news on the wider Kingsgrove development, with funding for the relief road announced by the council earlier this week. The Wantage eastern link road will be part funded by more than £1.9 million from the Housing Infrastructure Fund, after Oxfordshire County Council’s cabinet signed an agreement for the money. 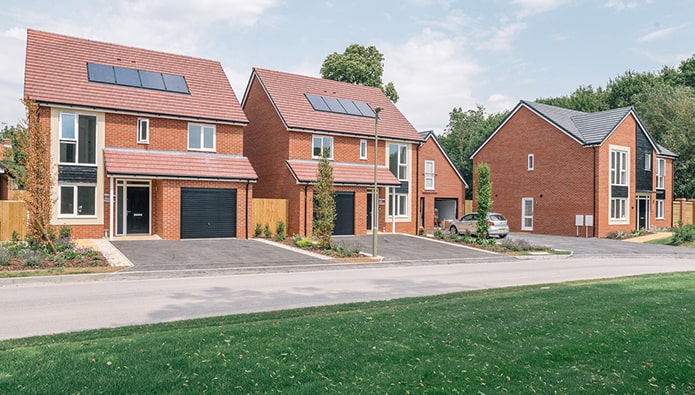 The 227-acre site at Kingsgrove was granted outline planning permission in July 2015 for up to 1,500 homes, a new primary school, a neighbourhood centre including a community hall, pub/restaurant and local retail space, as well as sports pitches, employment space and community amenities set around a central park.

“These are major milestones in the evolution of the project, which follow on from the fantastic progress on the primary school on site and completion of key access roads, infrastructure and landscaping,” William Bayston, development manager for St. Modwen, said.

“With three leading housebuilders now already underway and more news to come on neighbourhood facilities, we are well advanced in delivering the new community at Kingsgrove.”

Looking for a new build? Here’s the nation’s housebuilder hotspots ...

With the number of new homes registered to be built per...