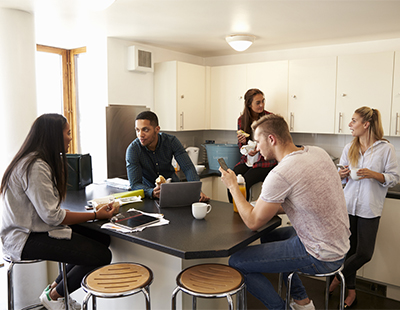 Increasing institutional investment and rising demand for flexible, alternative living space amongst Europe’s growing populations is helping to create a bright future for the co-living sector, according to new research from JLL.

JLL’s European Coliving Index reveals that there are now over 23,150 co-living beds either built or in development across Europe, but policymaker support is still required to help the sector reach its full potential.

The property firm says co-living assets – where tenants lease ‘optimised personal areas’ and share communal spaces and amenities – offer a flexible and modern solution for the changing lifestyles of today’s urban populations, with surging institutional investment now allowing the sector to scale at pace throughout Europe.

Some 53% of current operating assets are over 100 beds, but this is set to rise to 79% once those in the planning stage take form, while the average size development is expected to increase to over 250 beds.

“Co-living assets are disruptive and innovative solutions for the changing housing needs of the modern urbanite, particularly in areas where supply and financial pressures are increasing the demand for more flexible living space,” Richard Lustigman, director of living capital markets, co-living at JLL, said.

“Co-living products offer choice in a market short of options and the sector’s growth potential is huge. It’s essential that legislation is put in place to protect occupiers, support its value and enable its development so that pipelines can extend beyond their current numbers.” 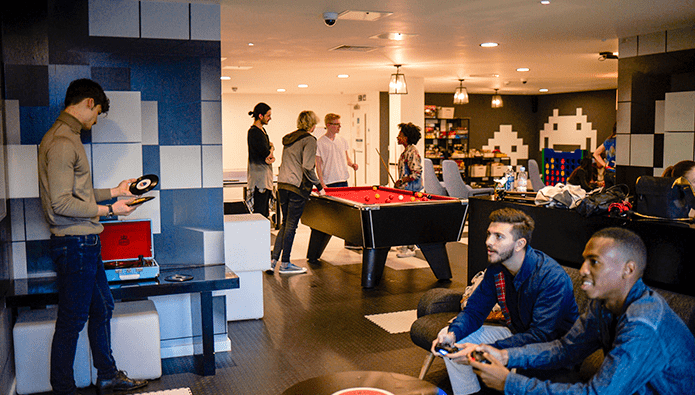 Where are the main co-living markets?

The Index finds that Europe’s co-living beds are heavily concentrated in the continent’s capitals, with London, Amsterdam, Paris, Berlin, Dublin and Vienna leading the market.

London and Amsterdam, in fact, account for nearly 40% of Europe’s overall co-living stock. Nonetheless, with a quarter of the market spread over 24 cities across Europe, the potential for growth is widespread – both for capitals consolidating their positions and for secondary cities to enter the mix, JLL says.

The UK is a particularly strong growth market, with London holding over 20% of the current European market, and Manchester, Glasgow and Birmingham also ranking in the top 20 co-living cities in Europe.

The Collective – which has two developments in London, at Old Oak Common and Canary Wharf – is arguably the UK’s most famous co-living brand, but Co-Living Spaces (in Brighton & Hove), Lyvly (shared living communities across London with more of a focus on individual investors rather than institutional ones), YorSpace (community-led, financially and environmentally sustainable homes on the outskirts of York) and Echo Street (set to be Manchester’s first co-living scheme once complete) are other examples of this emerging trend.

With 85% of the UK’s co-living assets still in the pipeline, the growth of the sector is expected to continue.

“Co-living accommodation will play a leading role in future city structures and increasing institutional investment has established the sector as a competitive part of the broader property market,” James Kingdom, an associate director at JLL responsible for alternative sectors research, said.

“Going forward in Europe, growth will be particularly spurred by younger city demographics taking their first step on the property ladder – such as the fast-growing post-graduate and post-PBSA populations who are calling for more convenience and choice in housing.”

What does co-living involve?

Long stay and short stay options are usually on offer, while music gigs, early morning yoga and Friday night drinks are the sort of events residents can expect, in an attempt to create shared social experiences and a community vibe – something which can be difficult in a busy, crowed, fragmented and often individualistic city like London.

Co-living developments have been criticised for their affordability (a small one-bed en-suite at The Collective Old Oak would cost more than £1,080 a month, based on a 12 month contract, while it would be nearly £1,300 pcm for those on a short stay of four months), the size of the rooms on offer and their targeting of a narrow set of (typically affluent) tenants, but supporters say they can form part of a multi-pronged approach to tackling the housing crisis by offering an alternative way of living for those who desire it. 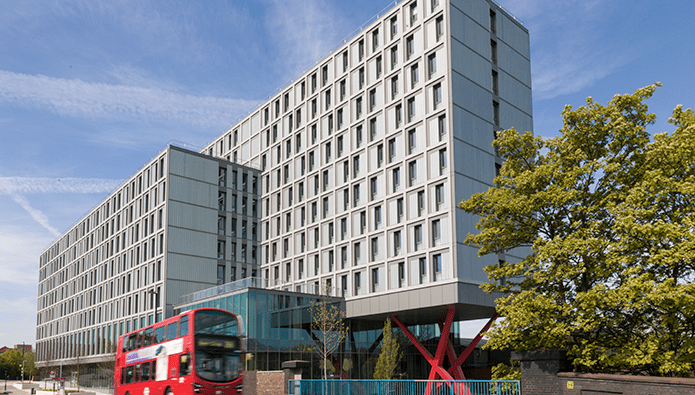 Is it going to rival Build to Rent and PBSA?

Two of the biggest recipients of institutional investment in recent years have been the fast-growing Build to Rent and PBSA sectors, and both are currently much bigger in size and scale than the co-living market in the UK.

The co-living market, while growing in London and other parts of the UK, is still highly niche at present, with less than 24,000 beds either built or in development across the whole of Europe.

However, it’s a younger market than Build to Rent and PBSA, with The Collective – opened in 2016 – the UK’s first co-living development, and if it can experience anything like the growth those two markets have in the last few years it will be something for investors (both individual and institutional) to take notice of.

Revealed – the cities where millennials are buying to let ...

With people commuting less due to the pandemic, it comes as...

Insight: is the shift towards mid-term rentals here to stay? ...

At the beginning of the global crisis, there was a flood...