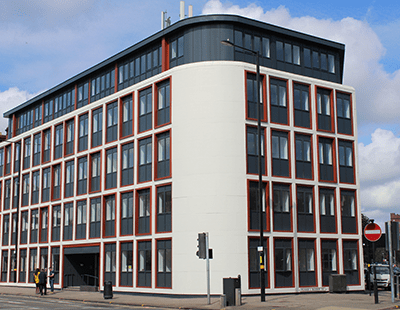 Another private rented sector scheme in Birmingham has sold all of its units prior to completion of construction works, with total sales worth £7.3 million.

Following in the footsteps of the Moseley Gardens development in Digbeth, masterminded by Birmingham-based Prosperity Developments, Midlands property investor and developer BPG sold all of its Newland House PRS scheme in central Birmingham before work had even completed.

Located on ‘the desirable Hagley Road in leafy Edgbaston’, it was acquired by BPG as part of an underperforming office portfolio and has been successfully converted into 41 modern and high-spec one/two bed apartments.

The development, situated within a short walking distance of the city centre, features a residents' club lounge and cinema room.

It stands next to the well-known Plough & Harrow hotel and is also a mere stone's throw from the £330 million New Garden Square mixed-use regeneration scheme, which will see a Metro terminus stop and the new SPRINT network come to Hagley Road.

“We are absolutely delighted to have completed construction works at Newland House and sold all of the units off-plan,” John Southall, director at BPG, said.

“The sale has realised significant value for BPG. We look forward to continuing to deliver our current pipeline – including the completion of a 126 apartment scheme @parkgatebirmingham.com in early 2020. With cash to spend and the ability to make quick and decisive decisions on investment purchases, we are always welcoming of any similar new development opportunities.”

BPG, which focuses on delivering innovative mixed-use development schemes, as well as asset management, last year celebrated the completion of its 46-home Moseley Central development, providing ‘ultra-stylish apartments’ in one of Birmingham's most sought-after suburbs.

This is the latest of a string of new developments in the UK’s second city, with a purpose-built student accommodation development recently completed in Birmingham’s city centre and luxury developments selling strongly in the city’s creative quarter.

It comes as the city – which has undergone significant regeneration in recent years – experiences something of an economic boom with a number of high-profile businesses and organisations setting up their headquarters in Birmingham, a growing number of young professionals choosing to live and work there, and a positive impact from HS2 even though the nationwide transport infrastructure project is now in serious doubt.