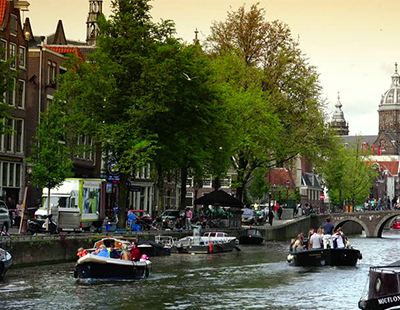 Rental prices in major European cities are continuing to level out, but Amsterdam and Munich are bucking this trend.

That’s the major take-home from the HousingAnywhere International Rent Index for Q3 2019, which once again found that prices for European apartments, studios and private rooms are flattening, albeit with a few exception to this rule.

While Barcelona, Berlin and Brussels have shown the steepest climb in rental prices year-on-year, prices in these cities are still levelling out. This trend is true for most European cities, but prices in Amsterdam and Munich are going against the grain – rising much faster than their rivals.

The research found that, although a rental ceiling seems to have been reached in the past quarter, the slow growth of the global economy and political uncertainties – in particular the continuing uncertainty surrounding Brexit – have made investors in the real estate market anxious for new investments.

This, in turn, is driving scarcity and pushing prices up even further. “Lack of supply is a factor predominantly in the lower-price segments – those particularly sought-after by students and young professionals,” Djordy Seelmann, chief executive of HousingAnywhere, said. “While some municipalities are deploying measures to keep prices from rising even further (such as rental caps) they often overlook the real problem: the lack of supply. Therefore, the issue of housing remains as pressing as ever.”

Barcelona – the city might currently be in the news for the wrong reasons, with the Catalonia protests shutting down the Sagrada Familia church - one of the city's main tourist attractions – and leading to the early postponement of this month’s El Clasico over fears of civil unrest, but from a rental perspective it is soaring. Across all of the cities indexed for rental prices, Barcelona has shown the biggest overall increase year-on-year, just like the previous quarter.

Prices for apartments have increased by 8.55%, studios by 6.75%, and private rooms by 7.8%. However, Barcelona saw its steepest rise of the past year in Q4 of 2018 and prices have been levelling out since then.

Berlin – the German capital holds second place among the climbers. Prices for apartments have increased by 7.41%, studios by 7.09%, and private rooms by 7.76%. Again, as is the case with Barcelona, these year-on-year results do not reflect the current trend of prices levelling out, with one noteworthy exception: prices for studios have increased considerably (by 5%) in the past quarter.

Brussels – the Belgian capital and de facto capital of the European Union took third place, with prices for apartments rising 5.42%, studios by 6.81% and private rooms by 7.33%. Once more, this year-on-year rise was mainly fuelled by climbing prices in the last quarter of 2018 and, at present, prices are levelling out.

Why are prices levelling out?

“Political inertia on the matter of boosting the development of affordable housing is not alleviating the housing problem in European cities,” Seelmann added. “Across Spain and in Berlin especially, initiatives to steer the real estate sector towards new investments have come to a halt due to political indecisiveness. Despite initiatives aimed at putting an end to the spiralling prices, estate agencies are warning that the lack of rental properties on offer is only aggravating the situation.”

For this latest report, 11 new European cities were added to the HousingAnywhere International Rent Index. They were as follows: London, Amsterdam, Munich, Stockholm, Copenhagen, Helsinki, Valencia, Florence, Turin, Utrecht, and The Hague.

Of these cities, a number of which are known to be very expensive in terms of average rent, Amsterdam and Munich showed the biggest increase in rental prices.

“This comes as no surprise, considering that it is a continuation of a visible trend over the past few years. They remain as popular as ever, and current developments, such as the uncertainty surrounding Brexit, are increasing the scarcity in supply even further.”

Other European cities with high average rents, such as London, Stockholm, Helsinki and Copenhagen, have witnessed their rental prices increase at more or less the same rate as in the past years. While it’s still too soon to tell what impact a future Brexit will have on rental prices in London, a rental ceiling has not yet been reached in the other cities, and – according to the index - will probably not be reached as long as their popularity remains as it is.

Despite the UK’s decision to leave the European Union, London remains...

Rents in Europe’s major cities on the increase, research finds ...

Rental prices in major European cities are on the rise, according...

House prices in London are at risk of falling sharply because...

A growing number of property investors are attracted by rising residential...