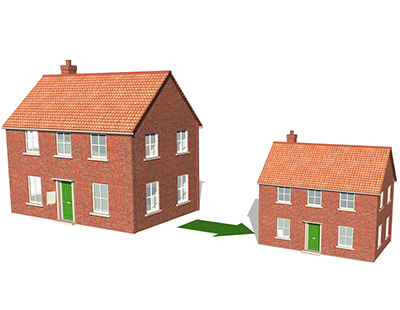 New research from Legal & General and economics consultancy CEBR has revealed that last time buyers now own £938 billion of UK housing stock, with this figure set to reach the £1 trillion mark this year.

According to the findings, the UK suffers from a chronic shortage of age-specific properties. In fact, only 7,000 homes were delivered to this sector last year, ensuring it was the most under-supplied part of the housing market.

Of the last time buyers who had thought about downsizing in the last five years but didn’t, nearly half (49%) said it was because there were no suitable properties on offer, while a further 29% stated that the properties that were suitable were too costly.

“Last time buyers account for more than a quarter of the total number of households aged over 55,” Phil Bayliss, head of later living at Legal & General, said. “This report highlights the crucial role they could play in unlocking the wider UK housing market, further demonstrating the need for Government to recognise this sector through key policy changes.”

He added: “If rightsizers were able to move to a property more aligned to their desired lifestyle and needs, vast swathes of homes would be freed up for growing families and second steppers. This, when matched by the huge health benefits proven to come from age appropriate housing, means that increasing the number of properties available to these buyers is the most efficient way to help solve the UK’s housing crisis and spiralling NHS costs linked to our ageing population.”

The research also looked at the type of homes last time buyers live in, with 45% residing in a detached property.

“A large section of our housing stock – worth nearly £1 trillion – is under-occupied and owned by people over the age of 55,” Bayliss concluded. “It is vital that the over 55s are able to make and act on the choices that are right for them.”

The vast majority of UK households believe house prices in their...

Research carried out by AXA has revealed that a third of...