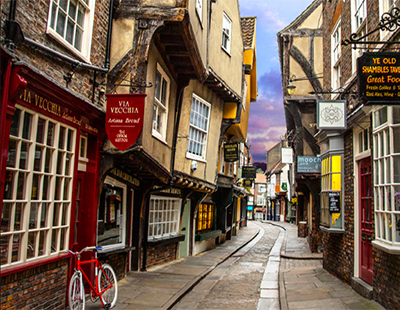 The Sunday Times has named York as the best place to live in Great Britain overall, with Bermondsey crowned the top of the list in Greater London and Frome the best in the Southwest.

According to the newspaper, York owns the top spot of best place to live for the first time due to its emergence as a mini metropolis, with trendy restaurants, a rise in innovative tech and media firms setting up in the city, and a dynamic workforce.

With a population of less than 200,000, the city has ambitions to become one of the best-connected hubs in Europe – with London less than two hours away by train. It is also the UK’s first Gigabit City, offering quick broadband speeds of up to 1gbps (one gigabit or 1,000 megabits per second) to thousands of homes.

“Choosing the right location to put down roots is one of the most important decisions you’ll ever make,” said Helen Davies, editor of The Sunday Times. “We’re championing York this year in honour of its bold approach to bringing the historic city into the 21st century without losing any character or community spirit.”

The Sunday Times also revealed the best places to live in the North and North  East, the Midlands, Northern Ireland, the South East, Wales, the South West, East, London, Scotland and the North West.

Daniel Hegarty, founder and chief executive officer at Habito, commented: “Best Places to Live showcases some of the greatest areas to have a home in our country, but the process of getting a mortgage means that finding your dream home can often be a nightmare.”

Johnny Morris, research and analytics director at Countrywide, added: “In 2018 we expect lower price growth than in 2017 as the market continues to weather uncertainty from the economic and political backdrop and consumers navigate raising interest rates over the year.”

Previous winners of the Best Places to Live in Britain title are: