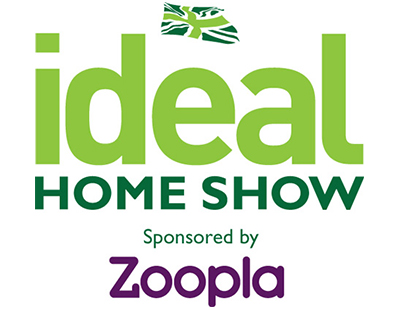 The Ideal Home Show, taking place at Olympia London from Saturday 17 March to Monday 2 April, heralds one of the busiest times of the year for the DIY and home improvements industry.

The show, now in its 110th year, highlights how homes can be transformed, upgraded, renovated and enhanced, with advice on everything from bathrooms and kitchens to fixtures and fittings, gardens, fashion beauty and home refurbishment.

While the average property in Britain is shrinking in size, the evidence suggests that the UK’s love affair with home improvements continues to grow.

In 1908, there were 7.7 million households in Britain, a figure that had increased to more than 23 million in 2017. The average home is now also smaller in size than when the first Ideal Home Show took place in the 1900s.

The price of the average property, however, has gone totally the opposite way, soaring from an estimated £290 in the 1920s (the equivalent of approximately £32,000 today) to around £211,756 now. Affordability has also become a much bigger issue for modern-day buyers. Back in 1930, the average house cost three times the average wage – nowadays it’s ten times.

Today’s homeowners, once they have climbed onto the property ladder, carry on spending to improve their home. The Family Spending Survey from the Office of National Statistics (ONS) calculates that the average UK household spends around £32 a week on repairs, maintenance and alterations. In 2016, meanwhile, essential housing repair and maintenance accounted for £27 billion of Britain’s £150 billion construction activity.

It also appears this trend will continue. According to Barbour’s ABI Home Improvers Report 2017, there was a 6% increase over the previous year in home improvements requiring planning permission.

In addition, the home and garden products market in the UK grew to more than £39.1 billion in 2017 compared to £37.6 billion the previous year.

According to Zoopla, converting the loft, turning the garage into living space and fitting a new kitchen are the top home improvements intended to maximise a home’s value.

The current fascination British homeowners have with their homes matches the original theme of the Ideal Home Show, which borrowed a quote from King George V: “The foundations of the nation’s greatness are laid in the homes of the people.”

In this year’s edition, the show homes concentrate on enhancing every available centimetre of liveable space. This includes a modernised Victorian terrace ‘innovation home’ and Liv-in beach huts, as well as specially-designed garden pods which offer additional office or bedroom space in the garden.

A number of celebrities and experts – including Phil Spencer, Martin Lewis, Jasmine Harman, Lisa Faulkner and Martin Roberts – will be on hand to offer demonstrations and top tips on home improvements, gardening, food and drink, alongside more than 600 exhibitors.

Celebrity chefs and drinks industry experts will also take to the Foodie Stage and Drinks Station, which is situated within the co-located Eat & Drink Festival (free for Ideal Home Show visitors).

More than a third (35%) of household claims received by Endsleigh...