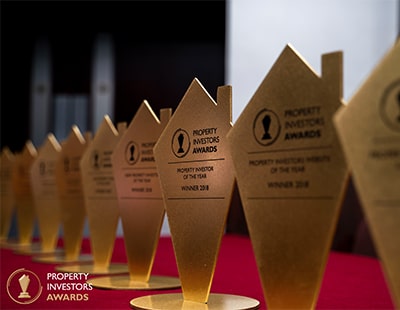 The winners of the 2018 Property Investors Awards were revealed at the ceremony on Saturday 1 December at The Royal National Hotel in Russell Square.

The annual event, which aims to celebrate excellence in property investing, also included an evening of fine dining and hula hoop entertainment.

The winners were as follows:

Belmont West, a church redevelopment in Glasgow’s trendy West End, presented some challenges to its owner/developer Ross Harper. “We bought the building without planning but in a competitive situation,” he said. “However the challenge of breathing life into this derelict but epic space had to be met as it’s one of Glasgow’s last iconic churches which could be saved.”

Belmont West was designed by the same architect as Trump Turnberry – a luxury hotel and golf resort in Scotland owned by none other than the American president himself - and Harper said he hoped the former church’s character had been retained by utilising the transept as a six storey resident’s entrance complete with original stained glass lift.

“Winning this award celebrates the achievement of a highly talented and motivated team who have overcome great personal challenges to complete and it’s been a privilege to be part of this unique restoration,” Harper added. “Thanks to all in the judging panel for rewarding the efforts of the team.”

Elsewhere, David Tonks, director of commercial broker Advocate Finance, said the Colchester-based company deals 100% in the landlord and investor market, which allows the newly crowned Finance Broker of the Year’s advisers to ‘understand its clients’ requirements and match these with solutions from a panel of High Street, Commercial and Specialist lenders’.

“We don’t try to cross sell life insurance or other products,” Tonks said. “We believe in dedicating ourselves to our core market of arranging loans and mortgages to help our customers meet their property goals.”

Cormac Henderson, the man behind National Property Trade, won the Property Trader of the Year award for the second year running and said the gong was recognition for two things.

“Firstly, our growth into the Part Exchange sector where we work in partnership with market leading house builders to enable developments to sell quickly in a difficult market. Secondly, for our fundraising success, illustrated by the growth and returns achieved by our Stonehaven Property Trading Fund.”

Luke Spikes, who picked up the award for New Property Investor of the Year, said winning was the ‘icing on the cake’ of what has been an unforgettable year.

“At higgihaus we’re on mission to deliver extraordinary ‘places to stay’ that are comfortable, convivial, achingly stylish and that somehow manage to capture that elusive ‘it feels good, but I'm not sure why’ feeling,” he said.

He added that the positive and enthusiastic response received from ‘higgihausmates’ and guests would have been reward enough, but ‘to have our higgihaus co-living and serviced accommodation products recognised with such a prestigious national award is beyond my wildest expectations’.

Brix partner with landowners, agents, architects, planning consultants and other partners to optimise the value of land, planning and development opportunities. He said the deal in question was an excellent example of their work - as it was a well-located but heavily-constrained site and required a ‘team of all the talents’ to take it from under-utilised and bypassed to a site with planning for much-needed new family homes.

The inaugural Property Investors Facebook Group of the Year award, on the other hand, was won by The Progressive Property Community, which describes itself as ‘a powerhouse of over 20,000 like-minded investors working towards and achieving financial freedom’. It includes high-level trainers, Amazon book best-sellers and podcasting influencers, all seeking to create a community like no other.

Property118.com, winner of the Property Investors Website of the Year, said it was particularly delighted to have been nominated as a finalist for this award because the voting process was so transparent.

“We are cynical that the finalists of most Awards are often the event sponsors and businesses who book a table at the awards ceremony,” it said. “However, the ‘Property Website of the Year 2018’ finalists in the Property Investors Awards have all been voted for by the public. Furthermore, the technology behind the vote counting process eliminates votes by bots and multiple voting, which also enhances the credibility of the Awards.”

Cyril Thomas, founder of the Awards, said this year had seen a significant rise in the number of award applications received. “We continue to be impressed by the quality and innovation that we are seeing, especially in what has been an uncertain climate. I’d like to thank all of our partners, judges, and sponsors for helping to make this year’s awards such a success."

Voting opens for Inventory Clerk of the Year Awards ...

The vote for the seventh annual Inventory Clerk of the Year...

The winners of the 2017 Property Investors Awards were announced at...